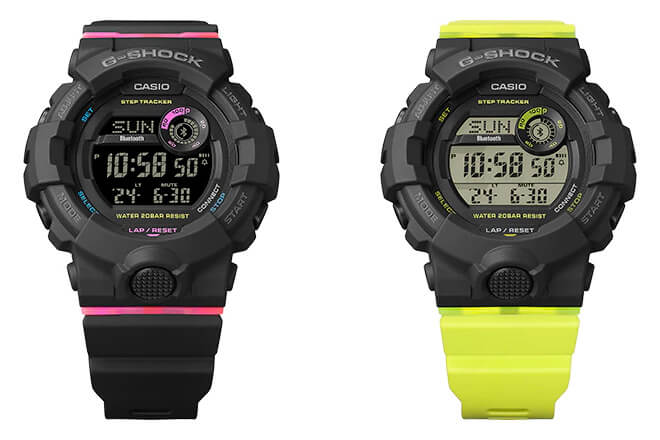 The new G-Shock GMD-B800 series is essentially the digital version of the previously released GMA-B800. Like that model, the GMD-B800 is part of the G-Shock S Series of women watches and is smaller than the G-Shock GBD-800 it is based on, measuring 50.7 x 45.2 x 15.5 millimeters. It is also part of the popular step-tracking G-SQUAD fitness series.

The series will debut with the black GMD-B800SC-1 with an inverted LCD display and the black and yellow GMD-B800SC-1B with a standard LCD display. Those familiar with other G-SQUAD models like the GBD-800 can expect the same features: step counter, 1/100 second stopwatch with up to 10 target time alarms and 200-lap memory, countdown timer (60 minutes) with up to 5 interval timers repeatable up to 20 times, 5 daily alarms, Bluetooth smartphone link, LED backlight, and approximate 3-year battery life. The smartphone app features include a step counting display and graphs, timer and stopwatch settings, automatic time adjustment, dual time display setting with 300 cities, phone finder function, and settings for time, alarms, hand positions, and time swapping. The GMD-B800 is shock-reistant and water-resistant to 200 meters.

Casio America listed the black and yellow GMDB800SC-1B with a list price of US$99. 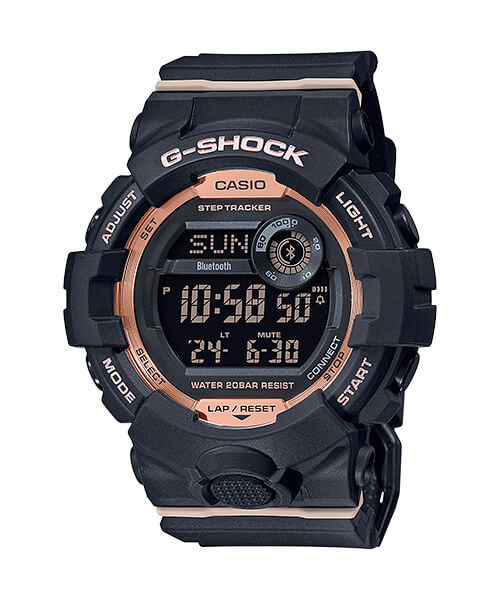 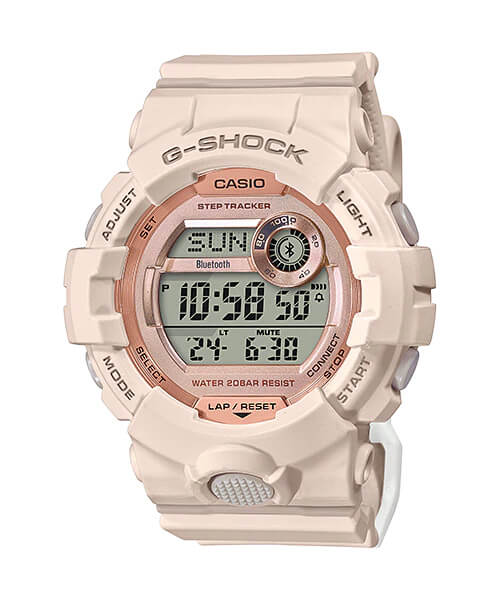 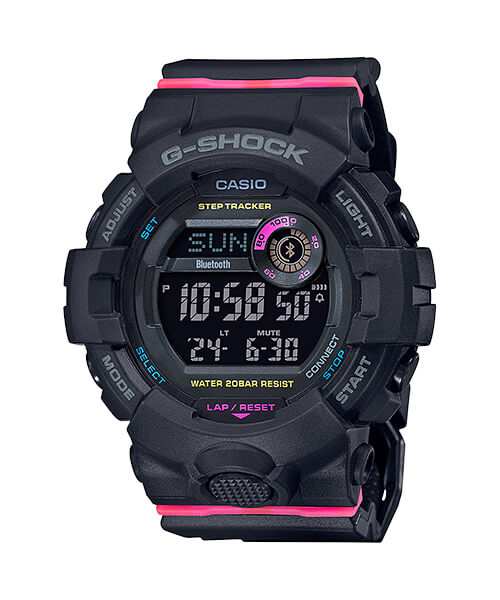 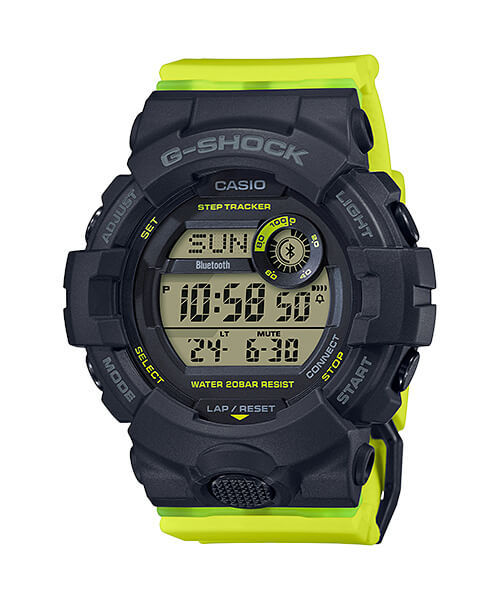 G-Shock G-SQUAD GBD800 Promo Videos ft. Kanoa Igarashi
Disclosure: G-Central is independently managed by fans and supported by ads. We may earn a commission on purchases from our links to Amazon, eBay, and Reeds Jewelers.