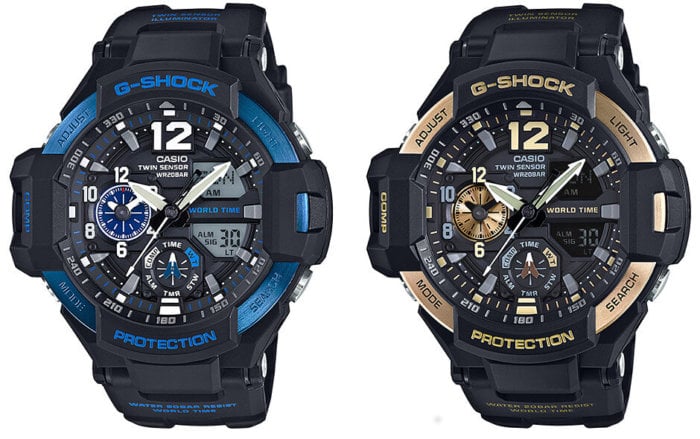 There are two new colors coming soon for the G-Shock Gravitymaster GA-1100 series, the blue GA-1100-2B and gold GA-1100-9G. The watches feature their respective blue and gold colors on the lettering, the ion plated steel bezel, and the world time subdial at the 9-o’clock position. 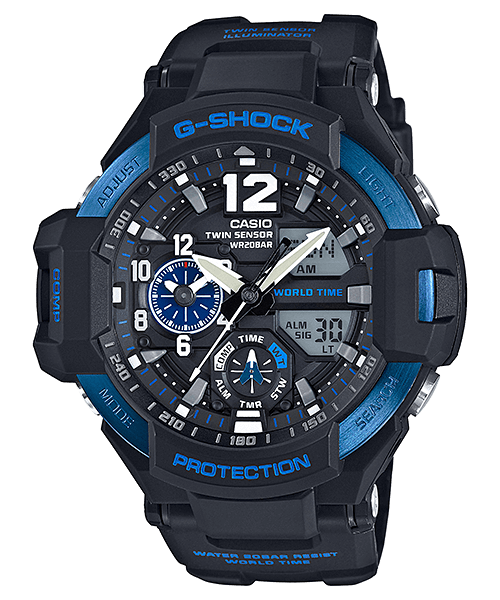 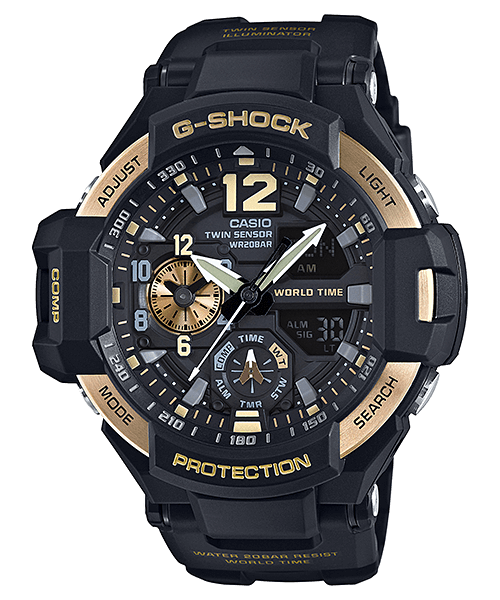