Though only available in Japan, the G-Shock GW-5000-1JF is deservedly one of the most revered and worshiped G-Shock watches by fans worldwide. As a tribute model based on the first ever G-Shock DW-5000C from 1983, the GW-5000 has the throwback features of the original like the classic square design, superior stainless steel module case, and a super-sturdy screw-lock case back. It also adds modern features like Tough Solar/Multi-Band 6 and a DLC coating on the case back. Now Casio has unexpectedly launched another GW-5000 model for 2016, the GW-5000HR-1JF. This watch is part of the upcoming G-Shock Black & Red Heritage Series. The watch has red bezel lettering and a mix-molded band with dual layer colors, with black on the outer band and red on the inner band. The GW-5000HR-1JF also has a reverse LCD display and a different, darker outer face design than the GW-5000-1JF. Like the GW-5000-1JF, the GW-5000HR-1JF is destined for a Japan release only.

The watch is currently available for pre-order in Japan at www.e-casio.co.jp for ¥42,120 JPY (tax included). Delivery is expected in late September. 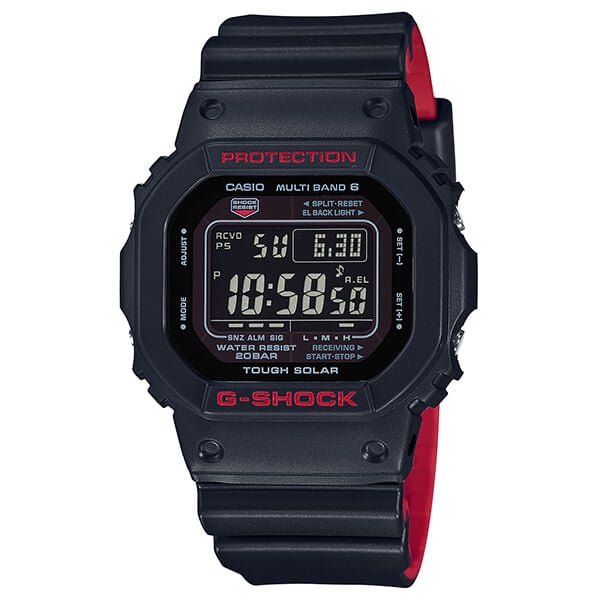