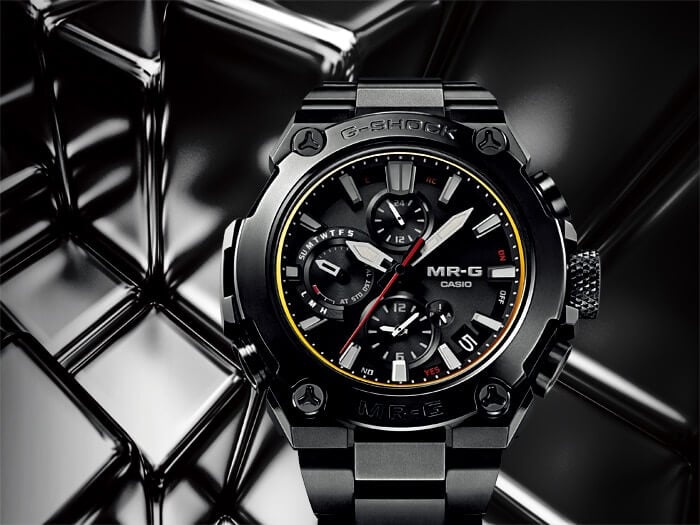 This is a full analog model like the recent G-STEEL GST-B100. The watch uses a connected smartphone to automatically sync the time through internet time servers, and a smartphone app is used to adjust the watch’s world time and alarm settings. Unlike the GST-B100 which is capable of syncing with a smartphone, the watch has 2 Way Time Sync and can also sync via Multi-Band 6 radio waves. There is a dual dial world time display, and the lack of city indicators on the watch display suggests that a smartphone is required to adjust the world time settings. While the use of Bluetooth is a convenient way to keep the watch synced anywhere in the world, those who want to sync the watch regularly without a smartphone and outside the range of Multi-Band 6 transmitters should look into the (larger) GPS timekeeping models like the MRG-G2000, MRG-G1000, or MTG-G1000. (Update: The new MTG-B1000 series has GPS timekeeping and is the next smallest luxury G-Shock model at 55.8 x 51.7 x 14.4 mm.) 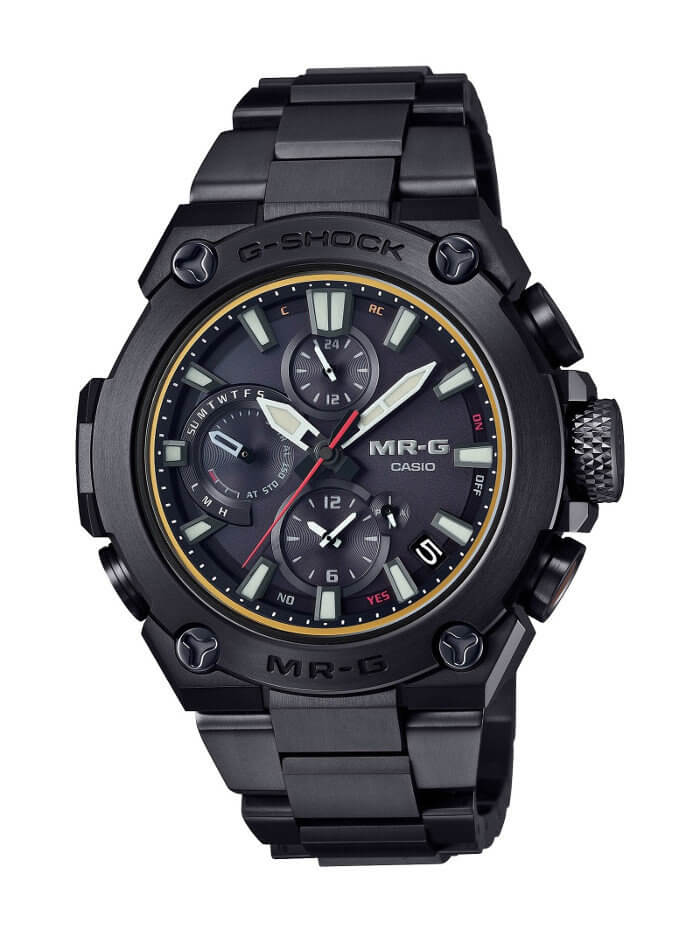 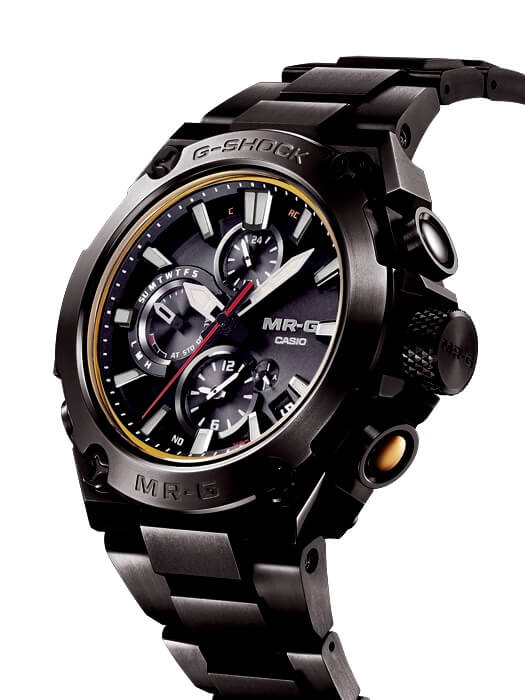 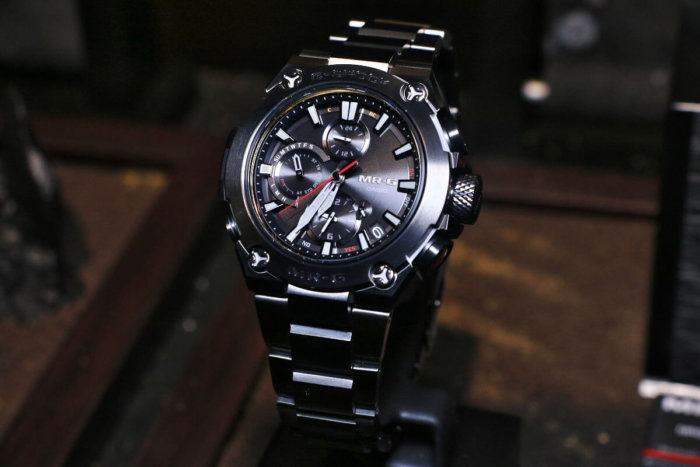 G-Shock GST-B100XA-1A Silver-Black & Blue with Carbon Fiber
Disclosure: G-Central is independently managed by fans and supported by ads. We may earn a commission on purchases from our links to Amazon, eBay, and Reeds Jewelers.