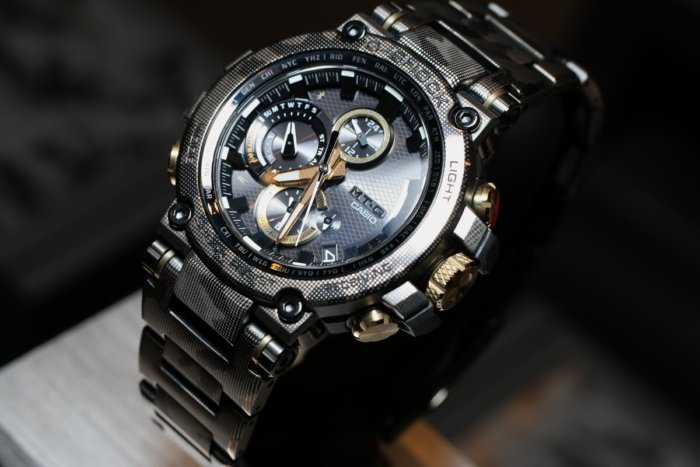 Kakakumag.com has extensive coverage of Casio’s autumn and winter products show where many new G-Shock models were revealed. While the upcoming watches are all existing models with new color variations, perhaps the most eye-catching is the G-Shock MTG-B1000DCM-1AJR with its metal camouflage pattern. This new style is created with a laser engraving process that produces a dot pattern of three sizes on the black IP-treated bezel and band. Judging by the model number ending with “JR”, this is a limited edition release.

The base MTG-B1000 is the first Bluetooth-connected MT-G model and also features Tough Solar power, Multi-Band 6 radio timekeeping, and a sapphire crystal. The MTG-B1000 series began the recent trend of smaller G-Shock watches and is considered more of a mid-size to large watch rather than extra-large.

The same type of laser engraved camouflage pattern is available on the full titanium G-Shock GMW-B5000TCM-1 featuring a DLC coating. 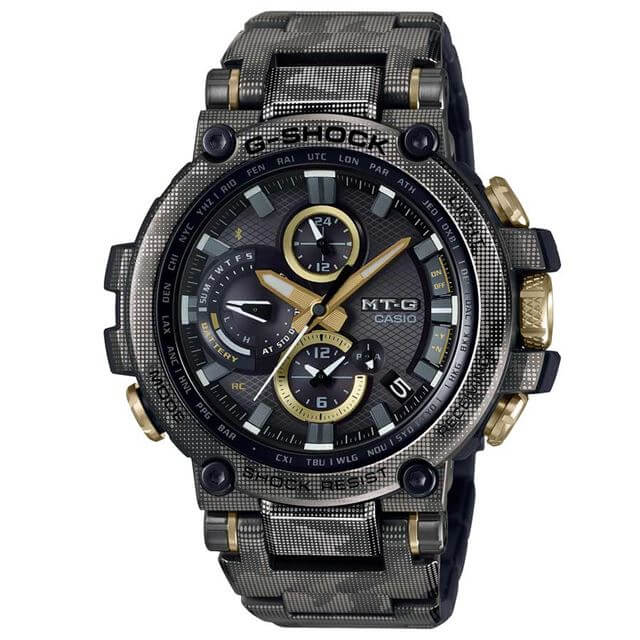 Beautiful but too expensive, list price is twice the baseline.

what is tough solar mean?
some of the g-shock watches are tough solar

It means it is solar-powered. It has a solar panel on the dial and uses a rechargeable battery.

The gold is nice, but the price is high. About what the limited editions go for, but still high.

This is a limited release!