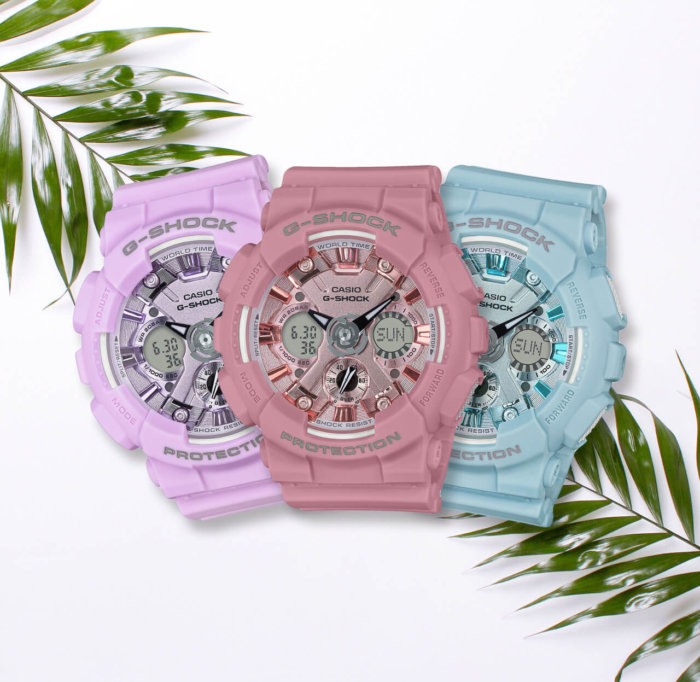 Casio America announced the GMAS120DP Pastel Series which was on display in the Casio booth at Baselword 2018. Models include the blue GMAS120DP-2A, pink GMAS120DP-4A, and purple GMAS120DP-6A with matching metallic-style faces. These colors are inspired by women’s activewear and are meant to complement casual summer wardrobes. The base is the recently launched GMA-S120 which is based on the racing-themed G-Shock GA-120. 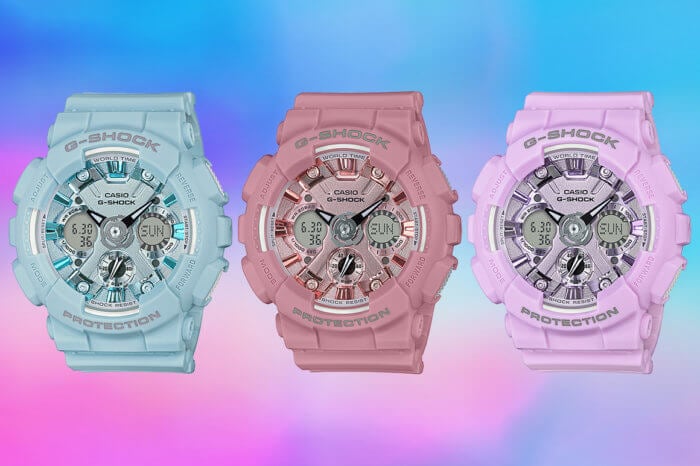 S Series GMA-S120MF & GMA-S130PA with Rose Gold Accents
Disclosure: G-Central is managed by fans and supported by ads. We may earn a commission on purchases from our links to Amazon, eBay, and Reeds Jewelers. Please follow your country's official G-Shock site for additional release information.

how to clean can use eraser?

Sure, or a little rubbing alcohol with a cloth.