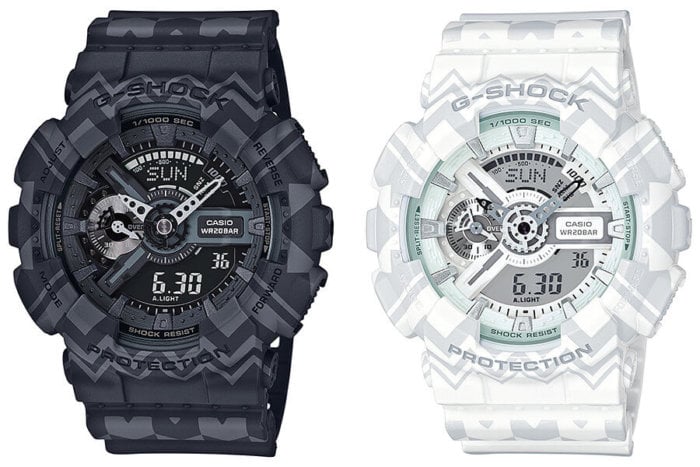 Casio International announced the G-Shock Tribal Pattern Series for a May 2016 release in Asia. The black GA-110TP-1A (with reverse LCD display) and white GA-110TP-7A (with standard LCD display) feature a two-tone ethnic tribal pattern on the bezel and bands. The tribal design (also known as Limited Color 52) is inspired by retro bohemian and hippie fashion from the 1970s.

The Tribal Pattern Series is also due for a June 2016 release in Japan with a list price of ¥19,000 JPY plus tax, and will likely get a U.S. release later.