The “G-Shock WatchNavi Special Edition 2015 Ver. 1” publication was a special promotional release for Singapore. The publication is like a catalog or “bible” based on the Japanese “G-Shock Perfect Bible” magazine-book, which was published in 2013 for the G-Shock 30th anniversary. It also has articles about certain G-Shock models, features, and history like the Perfect Bible. All the WatchNavi content is written in English, and it covers over 2,300 models since 1983 and up to 2015. It was offered as a free giveaway with qualifying purchases at G-Shock stores in Singapore. Though it was never officially offered for sale, it can sometimes be found on eBay. 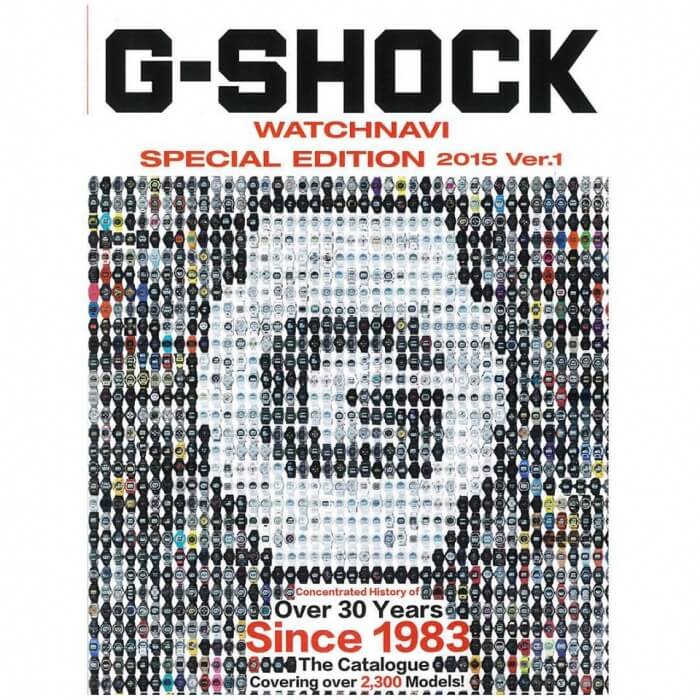