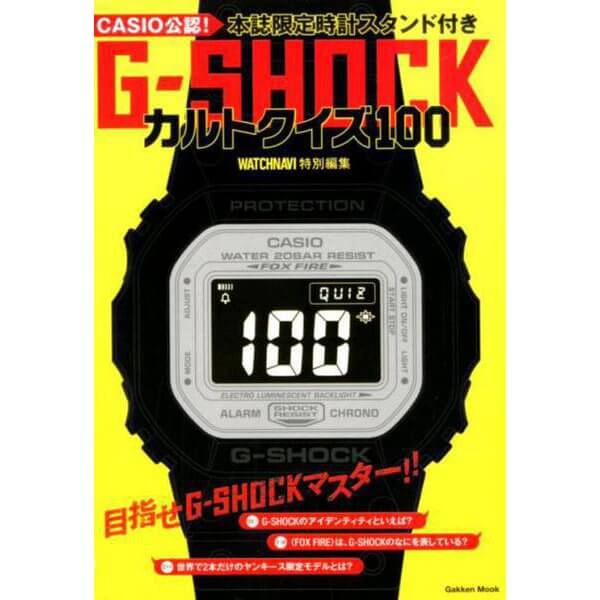 Zona Casio reported that a new G-Shock magazine-book is available in Japan. The Japanese title “G-SHOCKカルトクイズ100” translates to English (by Google) as “G-Shock Cult Quiz 100” and the 48-page book contains 100 questions and answers about G-Shock and its 35-year history (in Japanese writing).

The product description translates to “G-SHOCK The first mook book containing over 100 quizzes extracted from the 35-year legend. What is a very famous movie that G-SHOCK has been worn and became a nickname? From beginners to super enthusiasts, you can enjoy on all four levels of difficulty. Also the original watch stand as a special appendix!”

We’re guessing that the book includes an actual watch stand as the item in the photo from Zona Casio appears to be a large box, and it is noted by Japanese retailers that the electronic version of the book does not include the “special appendix.” (Update: See a photo of the watch stand below.)

The book is available for ¥1,944 JPY (tax included) from Japanese retailers. Books.rakuten.co.jp also has an e-book version for ¥324 JPY. 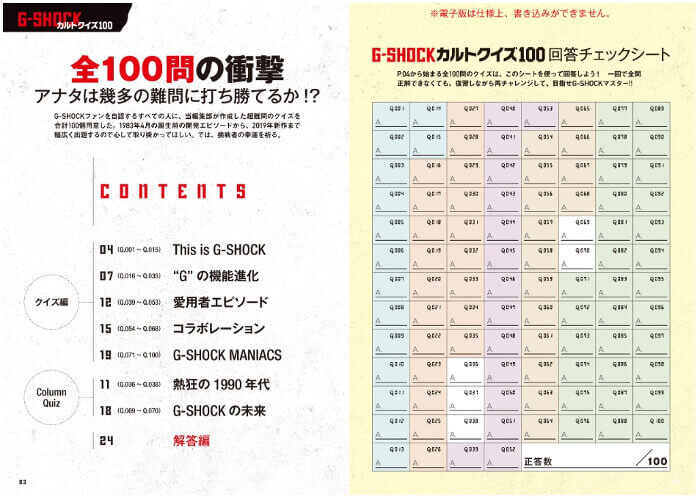 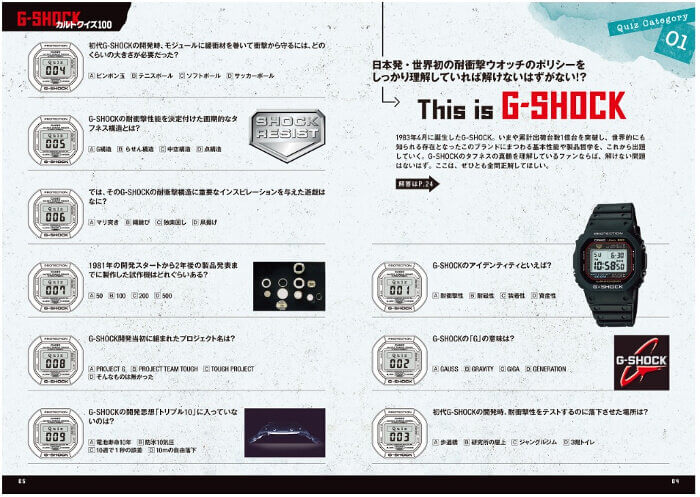