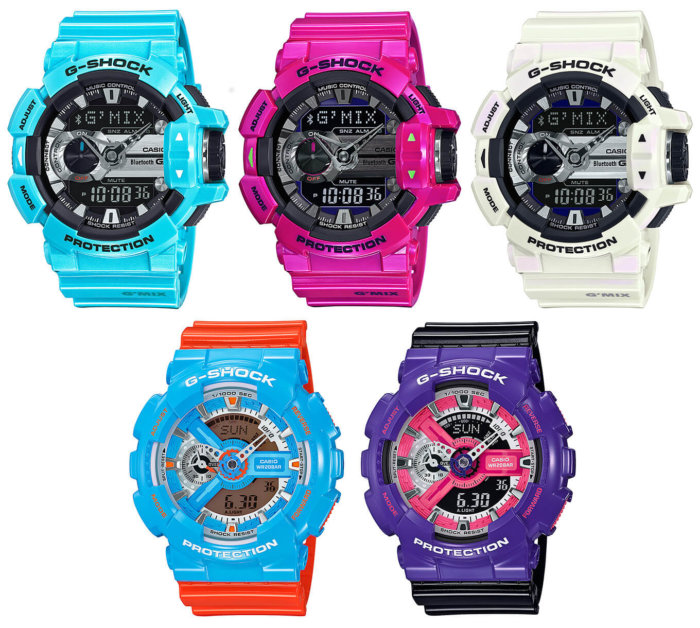 October is a big month for new G-Shock releases as we near the holiday season. We’ve already covered the major releases and here are a few more for the month, three new GBA-400 and two GA-110NC models. The GBA-400 G’MIX is a large analog-digital model featuring smarthphone-linking via bluetooth. It specializes in music playback control and can also run Soundhound from the watch for song identification. The GBA-400 requires bluetooth version 4.0, see here for compatibility information. The GBA-400-2C is a shiny light blue/turquoise color. The GBA-400-4C is purple and looks similar to the Men In Sunrise Purple series although this model is a glossy purple while the Men In Sunrise Purple models have a matte finish. The GBA-400-7C is a glossy white color. The other two watches are multi-color versions of the popular GA-110 analog-digital model. The GA-110NC-2A a light blue with an orange band and the GA-110NC-6A is purple with a black band and pink face. There will also be Baby-G watches with these same two color schemes, the BA-110NC-2A and the BA-110NC-6A.

Here are the other new releases for October in case you missed them: