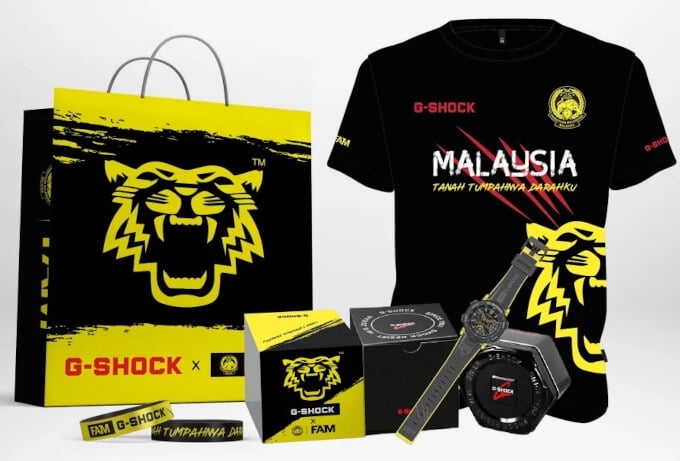 The Football Association of Malaysia is releasing a limited edition Harimau Malaya edition G-Shock watch. (Harimau Malaya is the nickname of the Malaysia national football team and refers to the Malayan tiger.) The FAM x G-Shock GA-2000FAM-1A9 was first unveiled back on March 31, 2021, when FAM announced a sponsorship agreement with Casio that runs until the end of February 2022.

The base is the black and yellow G-Shock GA-2000-1A9, which matches the team colors of the Harimau Malaya. The team logo is printed on the lower band, and FAM and G-Shock logos adorn the upper band. The watch is limited to 999 pieces, and each watch has a serial number on the end of the lower band starting from 002 to 999. The watch comes with a co-branded t-shirt, wrist band, custom box, and shopping bag.

The FAM G-Shock has a price of RM579 and will be available on June 1, 2021, in Malaysia at G-Factory and G-Shock stores, official Casio retailers, and Casio’s official online stores at Lazada and Shopee.

For more photos of the watch, visit rojakdaily.com. 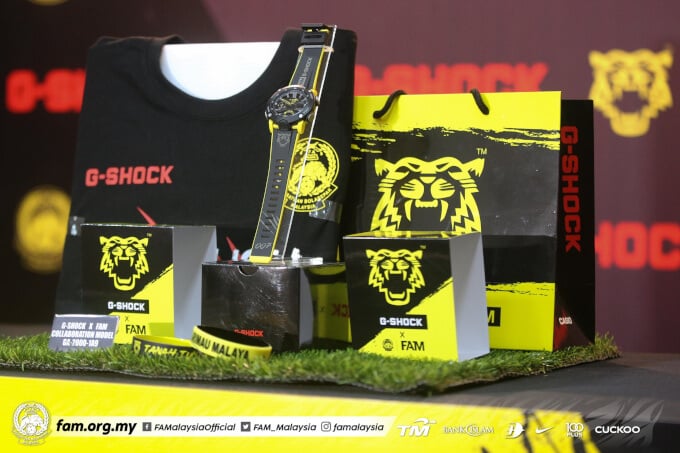