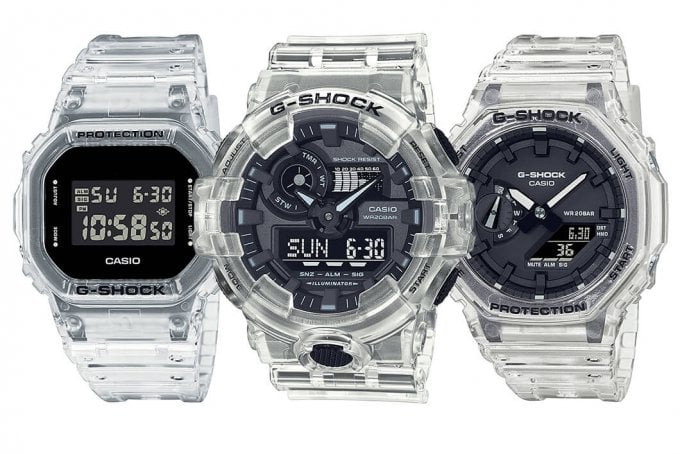 G-Shock Japan is releasing the the SKE Skeleton Series in February 2021. The series includes four analog-digital models and one digital model, featuring black or dark dials, inverted LCD displays, and translucent bezels and bands, ranging from light and clear to dark and smoky.

Update: Pre-orders for the GA-2100SKE-7AJF have been selling out quickly in Japan, so it looks like this will be another hot selling GA-2100 model that will likely sell out around the world. The series was also announced for the Asia region as the “Transparent Pack.”

Update 2: Casio America announced the series for a U.S. release. Pre-orders will be available at Gshock.com on February 12, and purchases will be available on February 15 at select retailers. The Transparent Gray Pack includes the GA2000SKE-8A, GA900SKE-8A, and GA110SKE-8A, with a list price of $130 each. The Transparent White Pack includes the DW5600SKE-7, GA2100SKE-7A and GA700SKE-7A, with a list price of $110 each. We highly recommend pre-ordering the GA2100SKE-7A or buying it upon release, as it is likely to sell out. 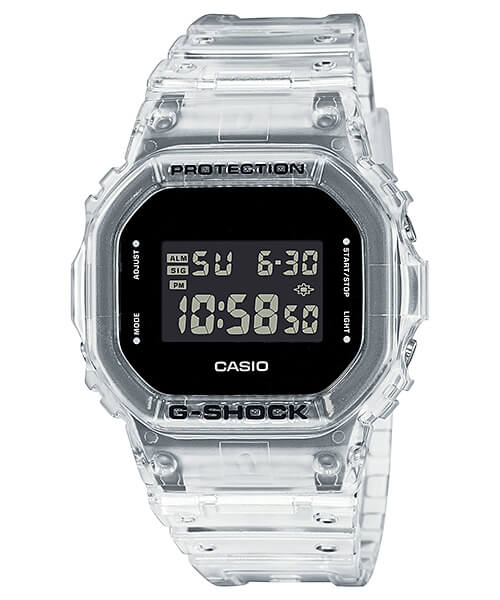 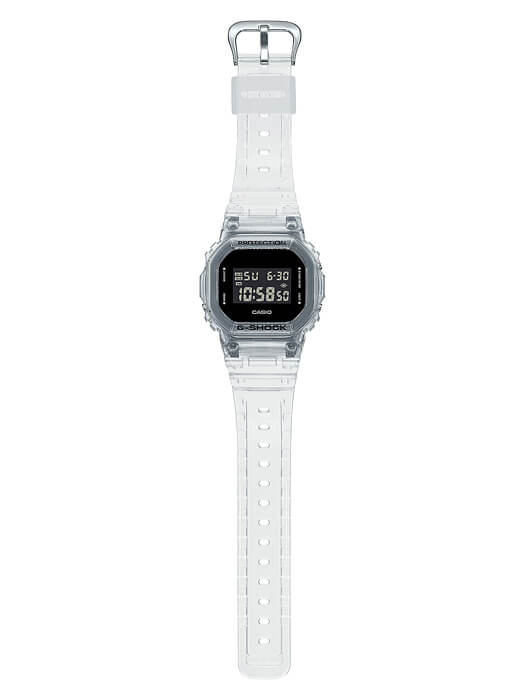 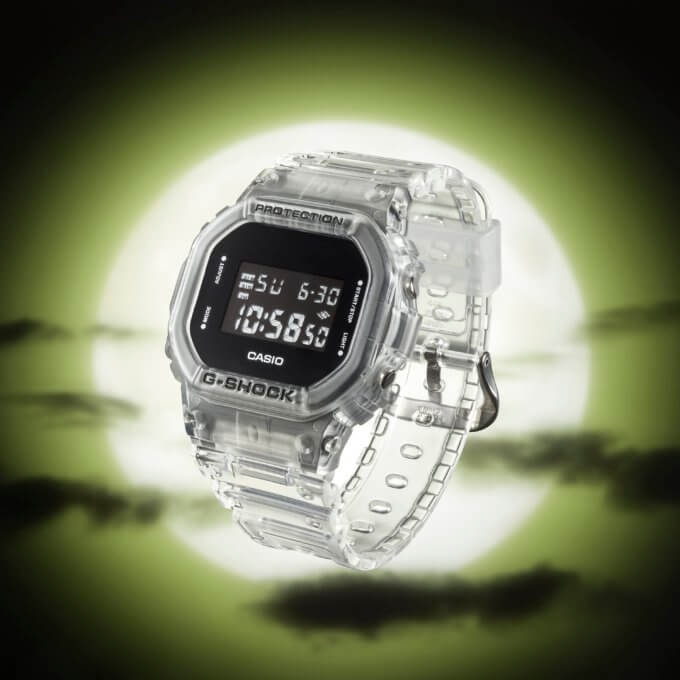 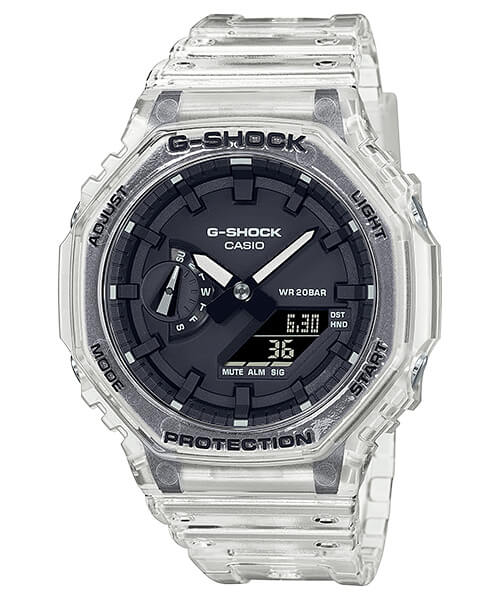 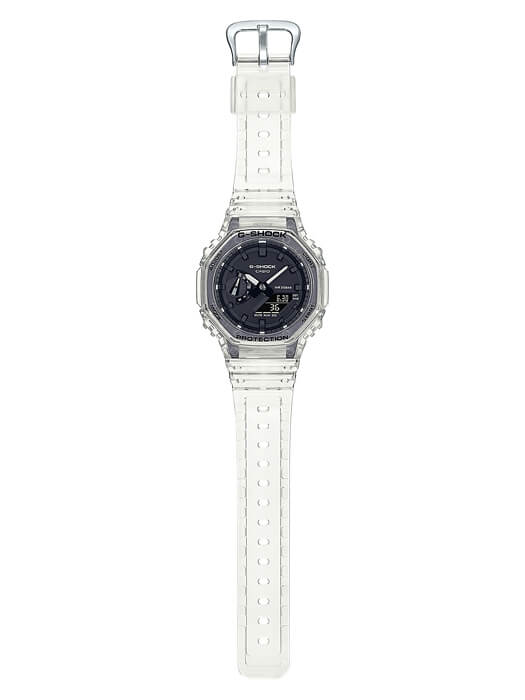 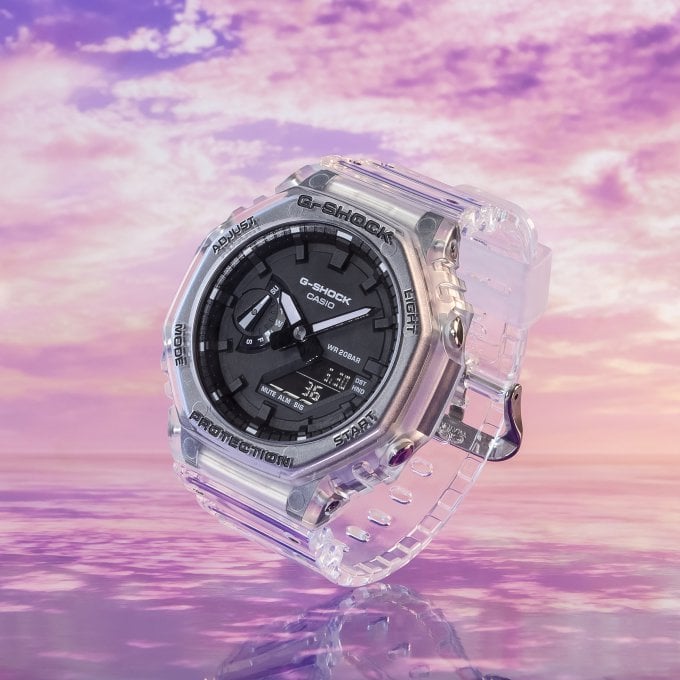 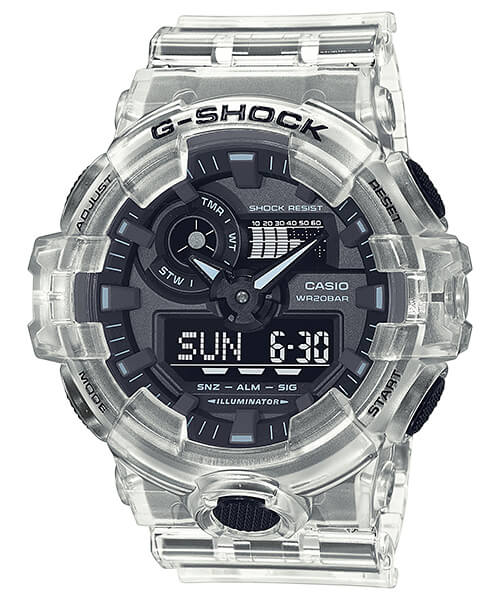 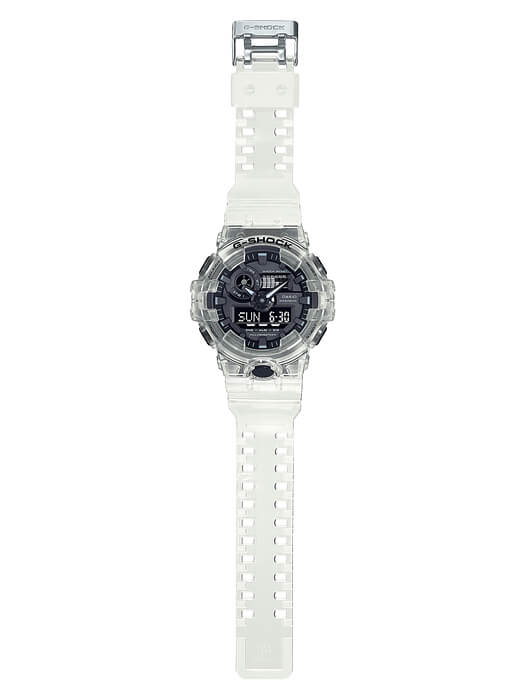 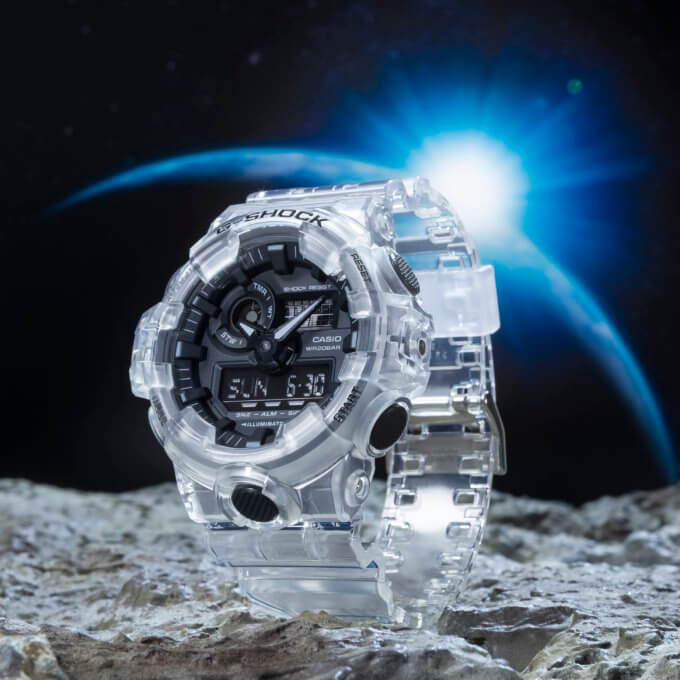 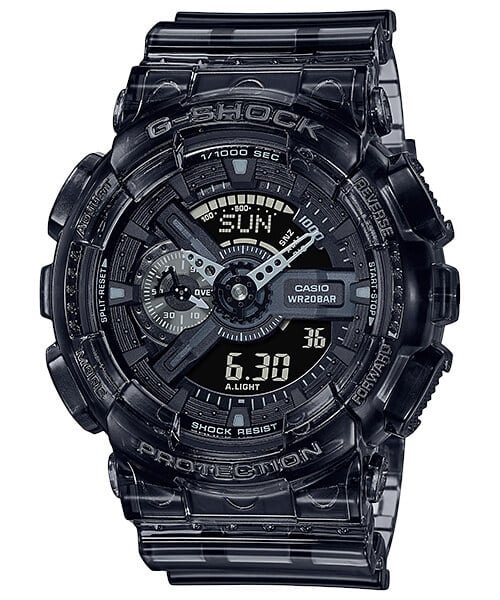 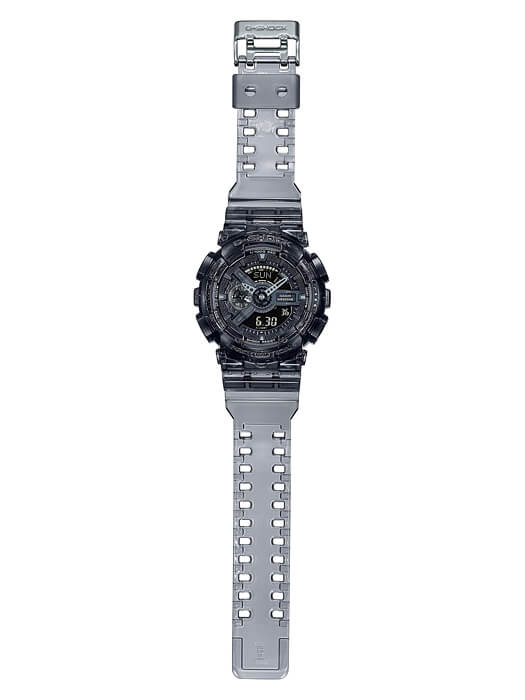 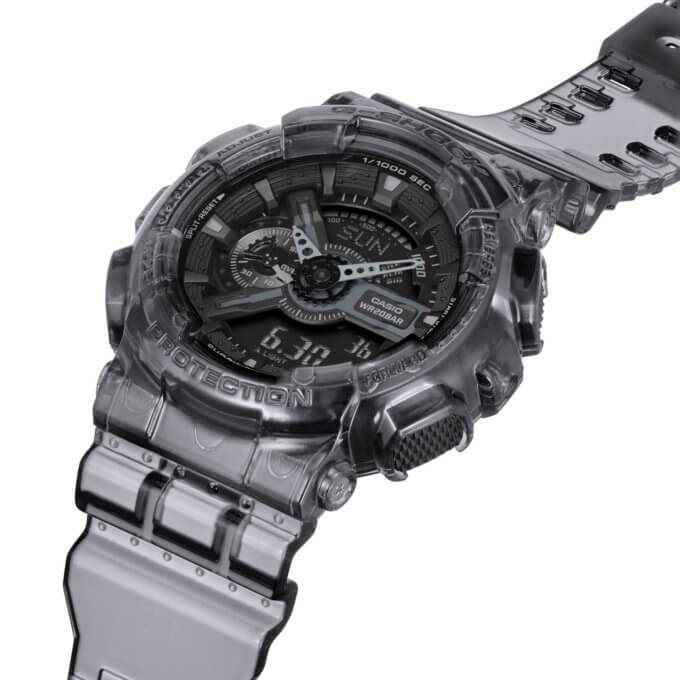 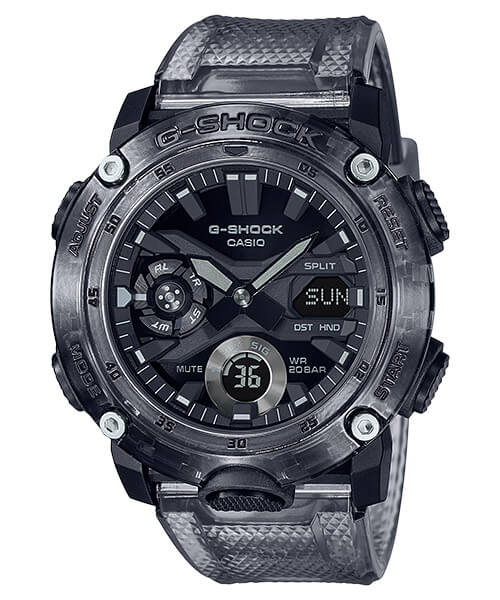 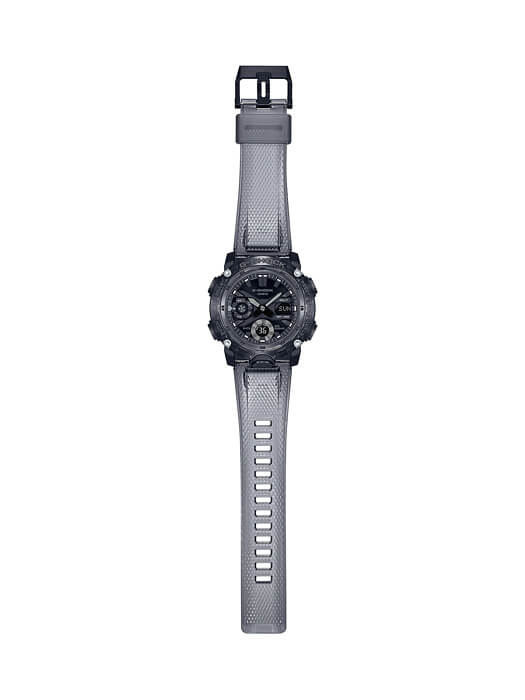 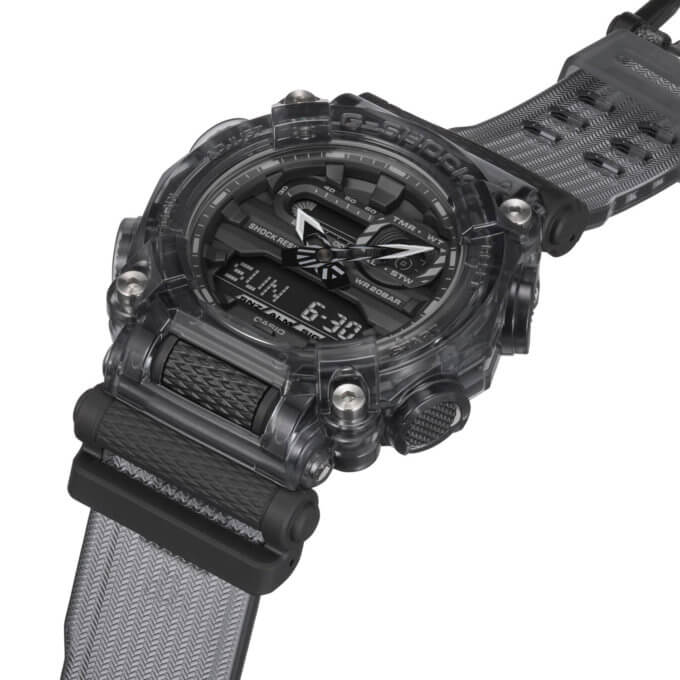 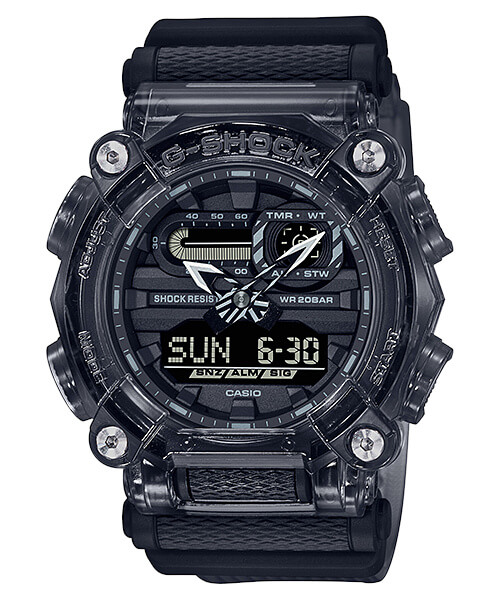 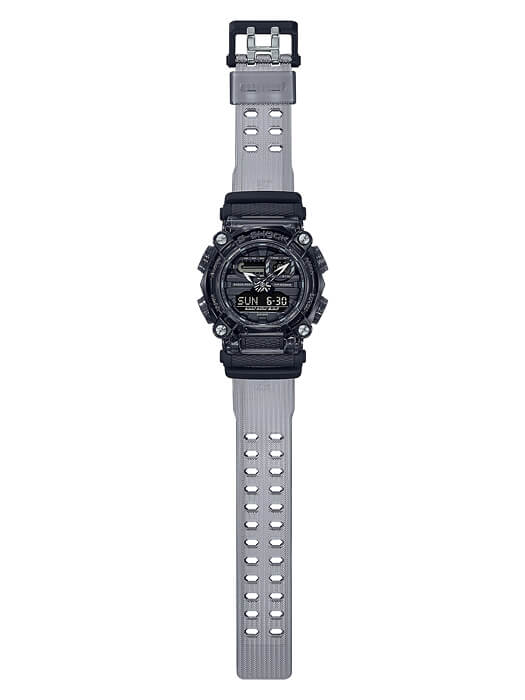