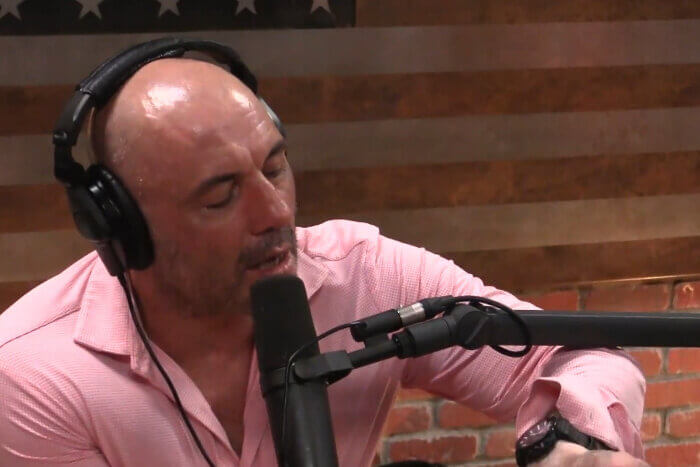 This is a bit late but thanks to a recent MMA Fighting article we spotted Joe Rogan wearing a Casio Pro Trek wristwatch at the UFC 225 weigh-ins in June 2018. The watch appears to be a Pro Trek PRG-650YBE-3. Upon further investigation, we also found out that he wore and mentioned the watch during his infamous interview with Elon Musk in September 2018.

Comedian Brian Redban posted a photo of Rogan wearing a G-Shock Mudmaster GG-1000-1A3 on Instagram (see below) in 2018. Rogan also wore the G-Shock Mudmaster during a podcast with car and watch enthusiast Matt Farah of The Smoking Tire. After discussing a $10,000 Grand Seiko watch, Rogan sheepishly admitted to wearing a $300 G-Shock. Farah immediately stood up for the brand and said, “G-Shocks are awesome … A G-Shock is a watch guy’s tool watch, like highly functional, durable … A G-Shock is a total watch guy’s watch.”

I happen to catch that podcast with Farah (through searching for a Seiko review, I think) and it was quite good. Rogan often has great guests, and he also asks good questions.

Any true watch guy/gal will always have a Casio (or two) of some sort in his/her collection. I once met this geezer who had all sorts of ridicolously expensive timepieces – Lange, Patek, Seiko Credor, Vintage TAGs, various Tourbillons, etc – and even he said that all a watch person really needs is one Rolex and one G-Shock.

Only one G-Shock OR Fenix 5 Spphire!