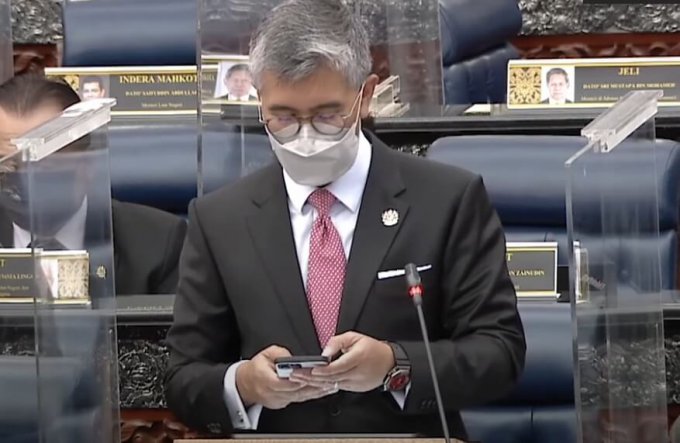 Thanks to Great G-Shock World for spotting Malaysian Minister of Finance Tengku Zafrul wearing a G-Shock GM-2100 watch while addressing the Dewan Rakyat. The model is a GM-2100B-4A featuring a stainless steel bezel with dark gray IP and a red dial.

Before becoming Minister of Finance in 2020, Zafrul had an illustrious career as a director and CEO in investment banking. Zafrul is also a sports enthusiast who enjoys exercising.

Zafrul appears to be a G-Shock superfan, as evidenced on his Facebook and Instagram accounts. He has been spotted wearing other G-Shock watches in the past, including a GA-700SKE, GA-900, GA-2000, GA-2100SKE, and G-STEEL models.

G-Shock enjoys great popularity in Malaysia, which is consistently the country with the second largest number of visitors to G-Central, after the United States.