YouTube vlogging pioneer Casey Neistat has been wearing Casio G-Shock watches in his recent videos. We first spotted him wearing a G-Shock in his “Surfing at an Abandoned Waterpark” video from June 2020. The white watch appears to be a GWX-5600C-7JF, which is a Japan-only model with Tough Solar, Multi-Band 6, and tide/moon graph. This model also has a black buckle and band keeper, along with black buttons. 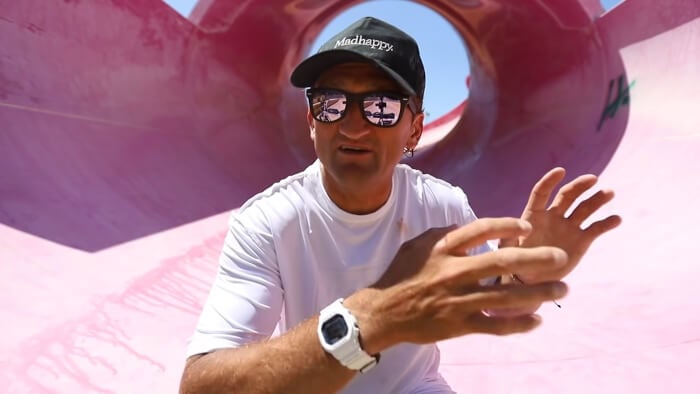 Casey also wears a colorful G-Shock GA-2100THB-7A in the video “1 serious question about the GoPro Hero9,” as well as some other recent videos. Wearing a multi-color watch like this might be difficult for some people, but here the white bezel provides a nice contrast to his black t-shirt, and the purple-pink band matches the purple tint on his sunglasses. This model was never released in the U.S., but the DW-5600 and DW-5700 versions from the same color series were. 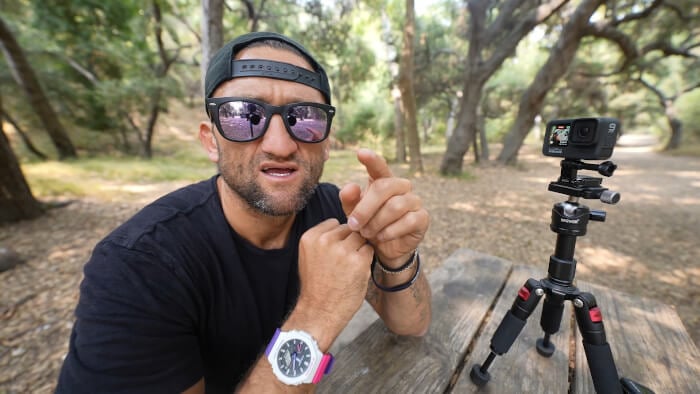 Casey Neistat is a New York-based vlogger who is known for covering a variety of subjects, including tech, travel, lifestyle, and his personal life. He recently moved to Los Angeles, but it looks like he might be moving somewhere else soon. Before he found fame on YouTube, he produced the Safdie brother’s “Daddy Longlegs” and had his own series “The Neistat Brothers” on HBO. In 2018, he founded 368 in New York City’s Chinatown, a creative space for professional gamers, internet creators, and cultural icons to meet and collaborate. 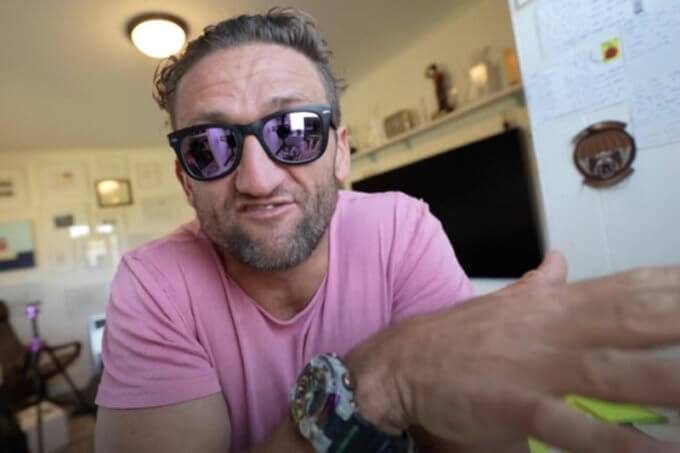 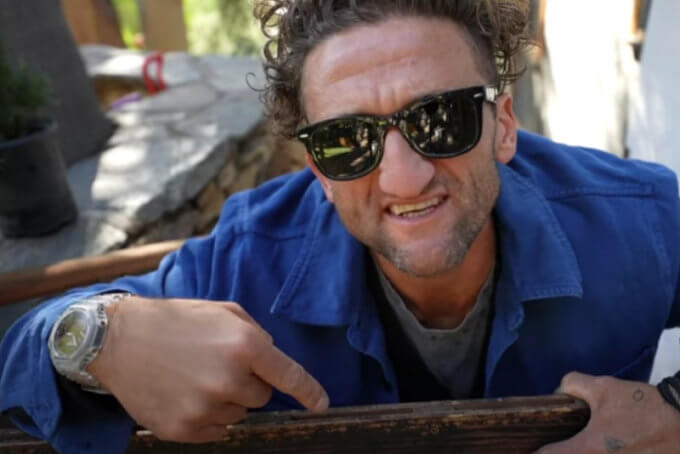 John Mayer x HODINKEE x G-Shock DW6900JM20-8 “Ref. 6900”
Disclosure: G-Central is managed by fans and supported by ads. We may earn a commission on purchases from our links to Amazon, eBay, and Reeds Jewelers. Please follow your country's official G-Shock site for additional release information.

There’s an old video of Casey about switching to Rolex (a wedding gift from his in laws), from previously worn out white G-Shock G-Lide. Then he started wearing smart watches then on. Until recently he started wearing G-Shocks again in 2020. I’m pretty surprised G-Shock never bothered with Casey to promote or anything..