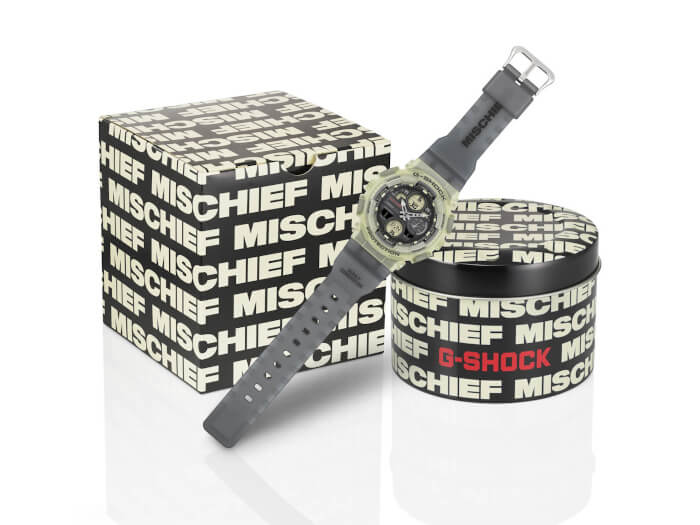 Casio America announced the G-Shock GMAS140MC-1A, a limited edition collaboration with Seoul streetwear brand Mischief. This S Series watch for women is inspired by the street fashion culture of the 1990s, which is the signature style of Mischief.

The translucent bezel has an unusual “sun-washed” style, giving the watch an aged vintage appearance. A Mischief logo appears on the dial, case back, and upper band, and the phrase “Deadly Combination” is printed on the lower band, referring to the collaboration with G-Shock.

The Mischief x G-Shock GMAS140MC-1A has a list price of $120 and will be available in March 2020 at gshock.com, the G-Shock Soho Store in New York City, and select G-Shock retailers. 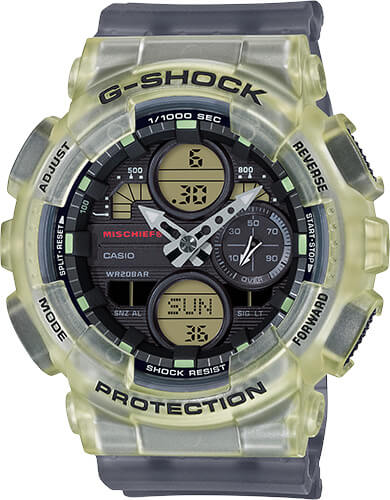