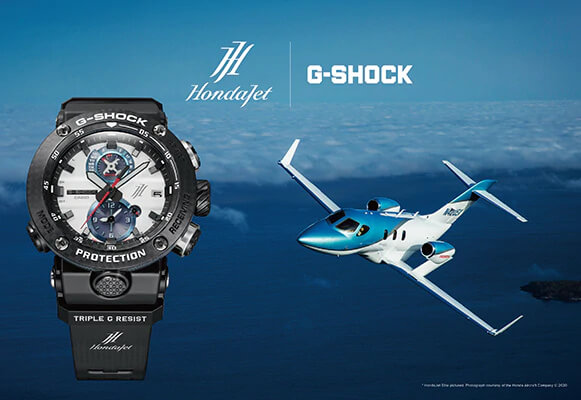 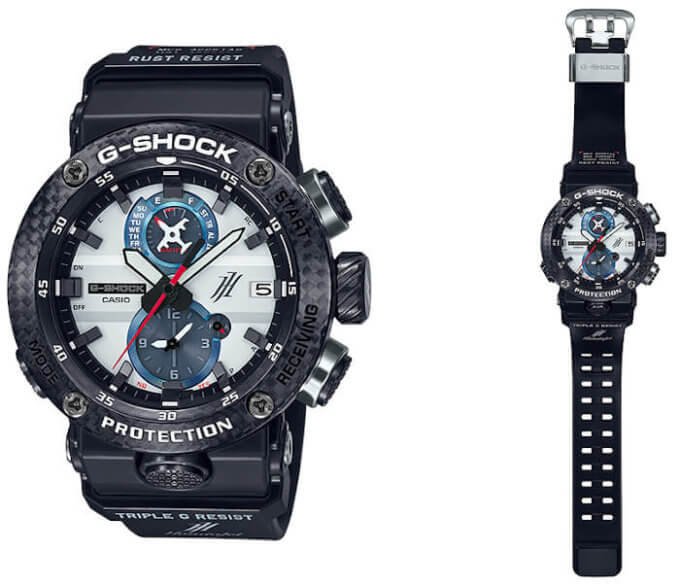 This limited edition collaboration is based on a design sketch by Michimasa Fujino, President and CEO of U.S.-based Honda Aircraft Company. Fujino was also responsible for the design and development of the HondaJet and is a recipient of the Living Legends of Aviation award. The watch shares the signature white and metallic blue colors of the new HondaJet Elite airplane. Along with the unique colors, the pointer for the inset dial appears as an airplane and a HondaJet monogram appears near the date display and on the crown. The curve-knurl finish of the crown is inspired by the HondaJet engine fan blade, and the button pipes have a mirror finish like the plane’s engine cowling. HondaJet’s best-in-class flight performance numbers are printed on the upper band and include Maximum Cruising Speed (MCS), Maximum Operating Altitude (MOA), and cruising range (RANGE). The HondaJet logo appears on the lower band.

The base G-Shock GWR-B1000 is a premium Master of G model featuring a carbon monocoque case and advanced features like Triple G Resist, Tough Solar power, Multi-Band 6 radio timekeeping, and Bluetooth mobile link. The watch also has a carbon fiber bezel, sapphire crystal, carbon fiber insert band, and titanium external metal parts. It is also one of the few G-Shock watches with a “flyback” chronograph.

Update: The GWR-B1000HJ-1AJR is available in the U.K. for £899 at G-shock.co.uk. G-Shock U.S. is also selling the GWRB1000HJ-1A for $1,100 at Gshock.com. There is probably a very limited quantity available in these countries, and it may not be available at any other retailers. 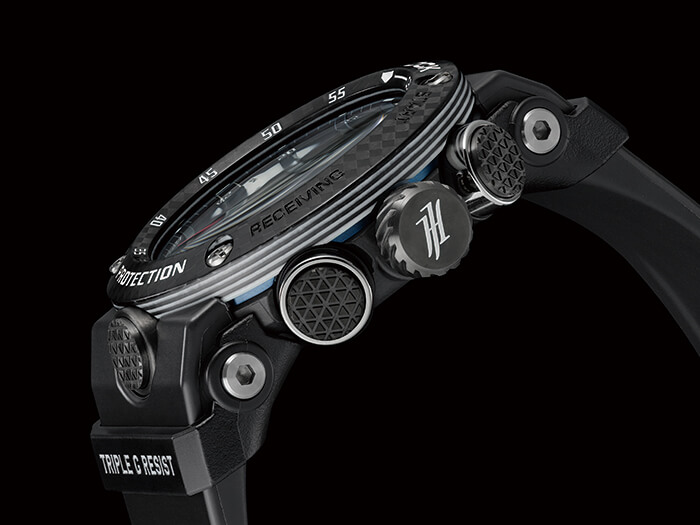 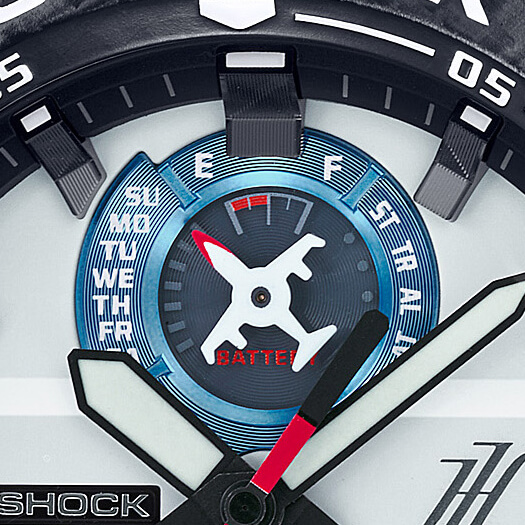 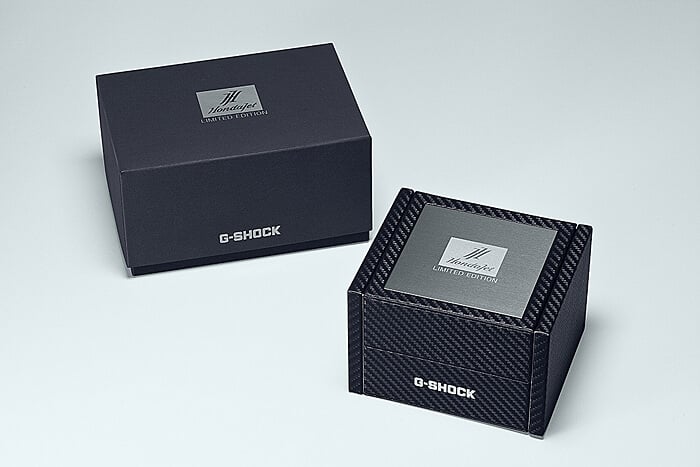 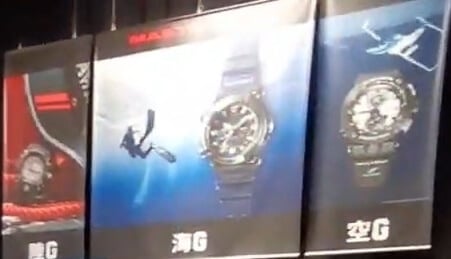 Update: Model GWR-B1000HJ-1A is reportedly coming soon, which appears to confirm that this is a collaboration with HondaJet.

With Casio’s latest announcements in March, we thought we had identified all the previously unknown watches spotted at the recent product exhibition in Japan, but there seems to be one final mystery that remains.

In a new video from G-Shock EU showcasing the GST-B300 and MTG-B1000VL, some large posters are seen in the background. These posters are promoting the professional line of Master of G watches, with the Rangeman on the left, the new analog Frogman GWF-A1000 in the middle, and the unknown watch on the right, with an image of a plane above it. From the shape of it, the watch appears to be a Gravitymaster GWR-B1000, so it is probably not an all-new model. It does look to have a different color scheme than previous models, and on the lower band, below the “Triple G Resist” label, is an unknown marking. This is where the usual “Multi Band 6, Tough Solar, and Carbon Fiber” labels are on a GWR-B1000. The plane on the poster looks like a HondaJet, and this marking looks like it is the HondaJet logo. So, it looks like this is a GWR-B1000 collaboration with HondaJet. (A HondaJet Elite plane was previously used in marketing material when the GWR-B1000 first launched.)

As usual, we’ll be on the lookout for any new information about this watch. 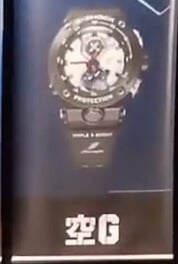