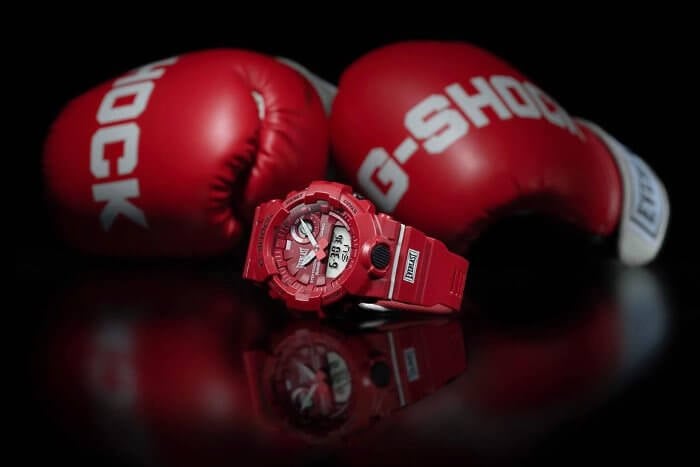 Update: The free pair of Everlast gloves is no longer available.

GSHOCK.com is giving away a pair of Everlast boxing gloves with the purchase of the Everlast x G-Shock GBA800EL-4A (for customers in the USA). Though it’s not specifically stated that these gloves have the G-Shock logos on them, we’re assuming that these are the same G-Shock-branded gloves seen in the promotional photos. The GBA800EL-4A is a fitness-oriented G-SQUAD model featuring a Step Tracker, stopwatch with target times, 200-lap memory, and interval timers.

The deal is part of the Cyber Week specials at www.gshock.com/cyber-week and is available until supplies last. Other deals include a free band adjustment kit with a qualifying purchase and discounts on various models. (The links may redirect to the international site for those outside the U.S.)