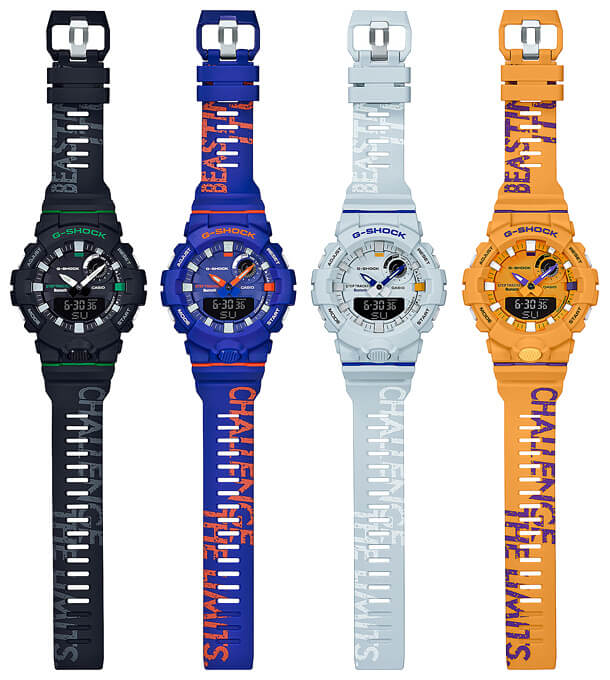 The G-Shock G-SQUAD GBA-800DG Dagger Series is named after the deciding late-game 3-point shot in basketball. Available in four colorways inspired by basketball wear, the base model is the GBA-800 featuring the Step Tracker, Bluetooth mobile link, stopwatch target times, and 5 repeatable interval timers. Each model has three colors in its design as a tribute to the 3-pointer.

The black GBA-800DG-1AJF, purple GBA-800DG-2AJF, white GBA-800DG-7AJF, and yellow GBA-800DG-9AJF have motivational phrases printed on the band, with “Challenge The Limits” on the lower band and another phrase on the upper band which is possibly “Beasting It Up.” 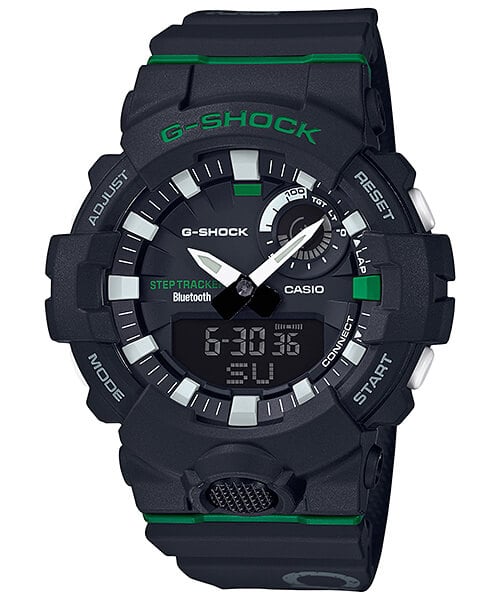 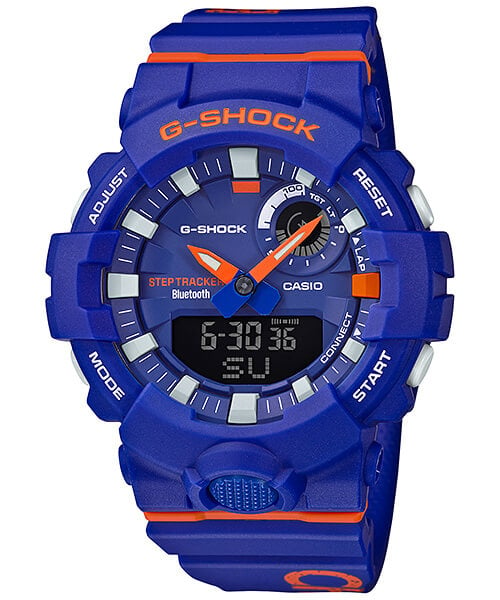 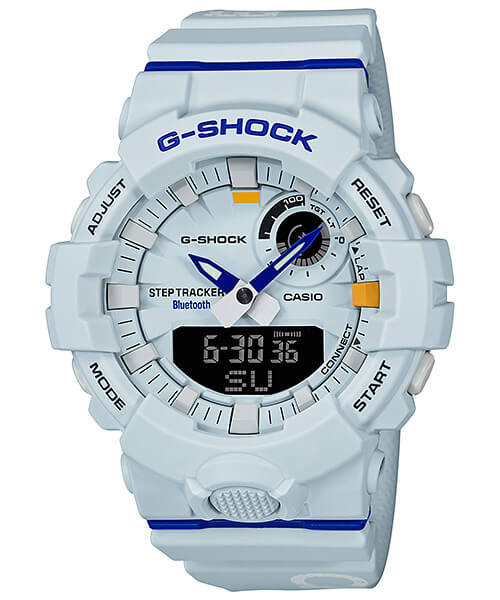 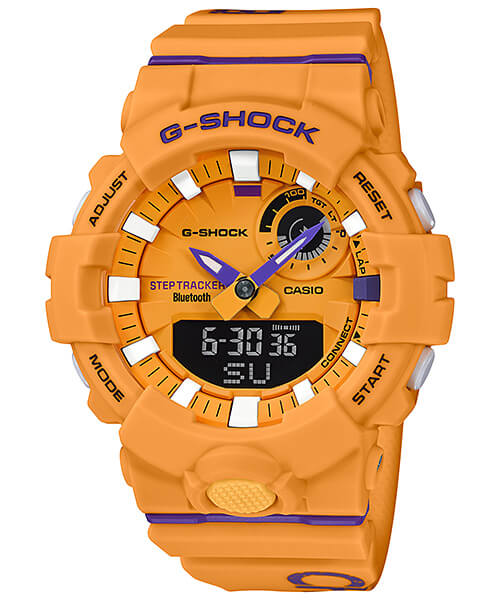 G-Shock WG White & Light Blue Summer Series
Disclosure: G-Central is managed by fans and supported by ads. We may earn a commission on purchases from our links to Amazon, eBay, and Reeds Jewelers. Please follow your country's official G-Shock site for additional release information.