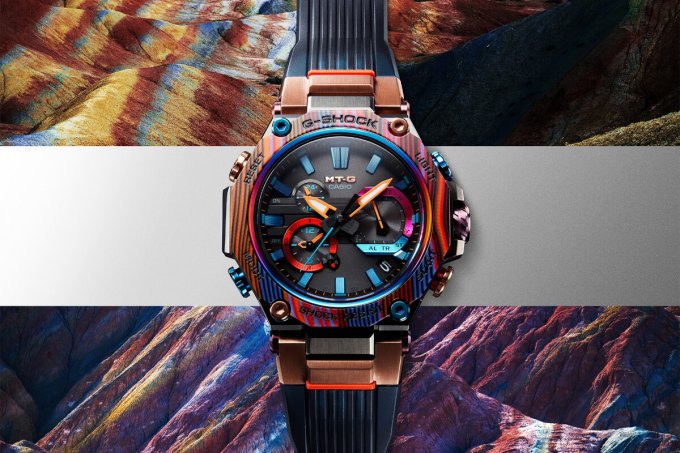 The G-Shock MTG-B2000XMG-1A is a late November release inspired by Peru’s Rainbow Mountain (also known as Vinicunca). The multicolored bezel is the result of randomly laminating carbon with colored glass fibers. The rainbow design symbolizes the various stripe-like colors of Rainbow Mountain caused by the oxidation of minerals deposited by volcanic activity and tectonic movement. The manufacturing process of the multilayered pattern results in no two bezels being exactly the same. The watch also has a rainbow ion plating on the inside bezel ring and multicolor ion plating for the buttons and front screws in blue and rose gold. 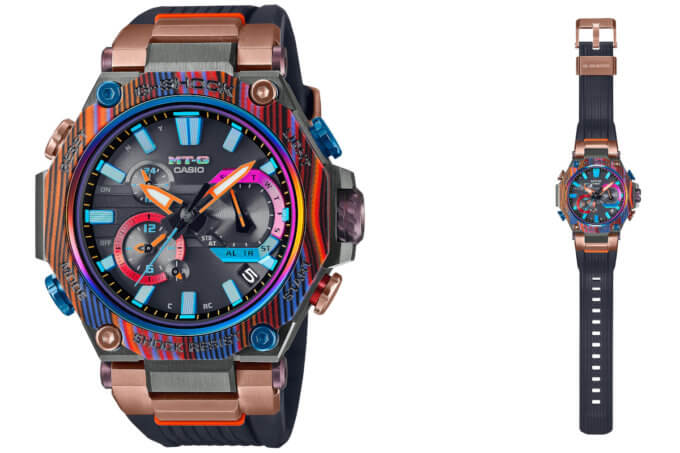 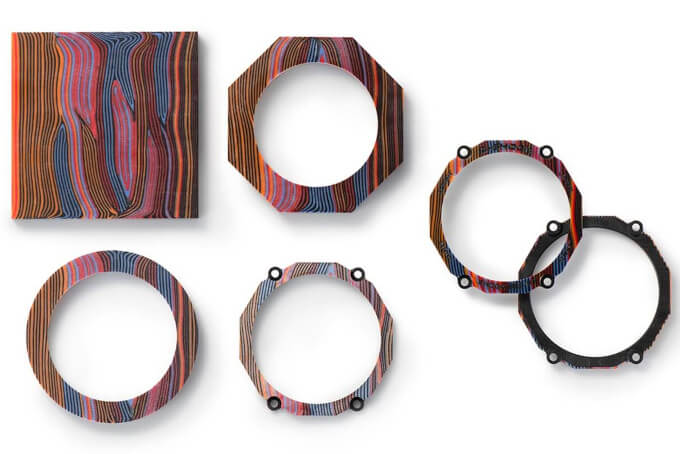 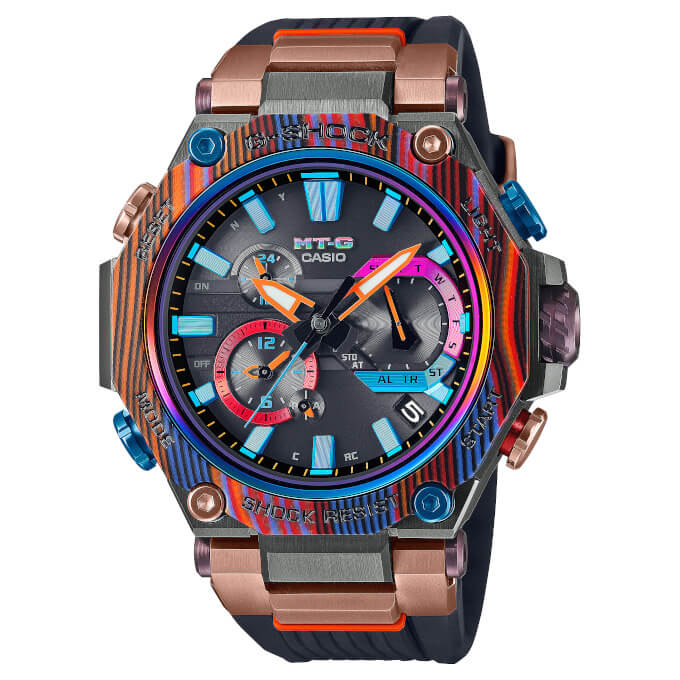 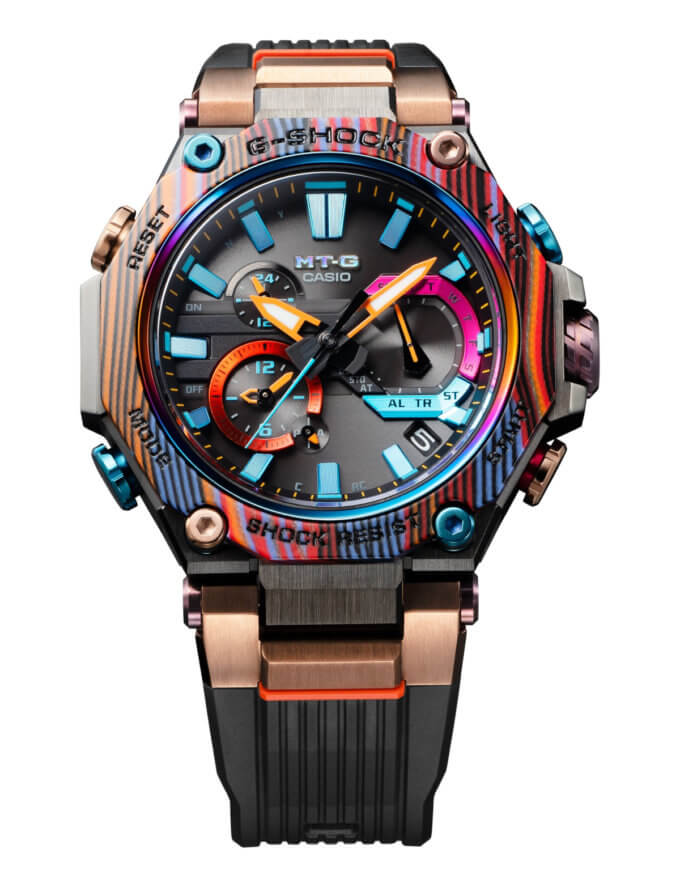 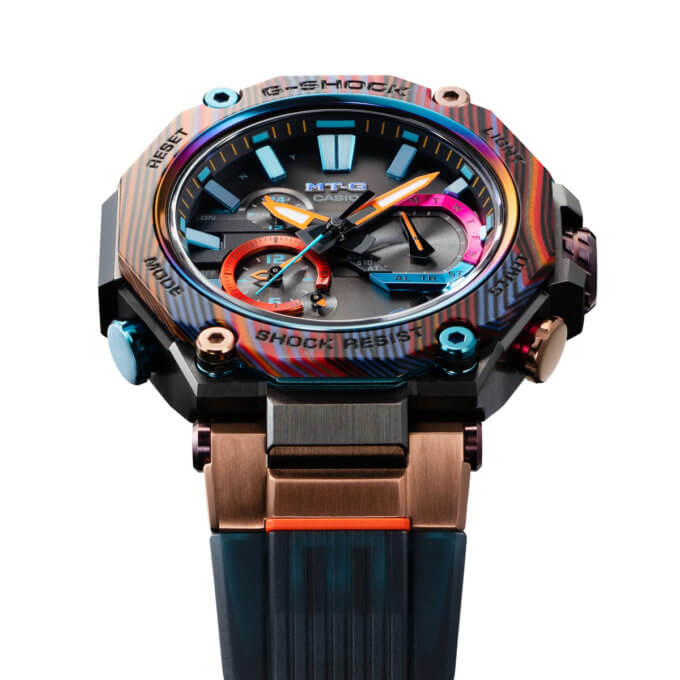 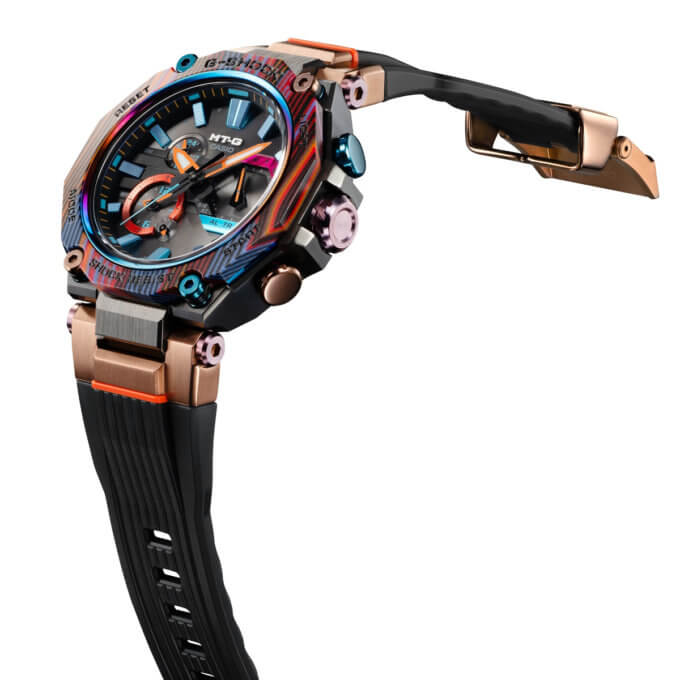 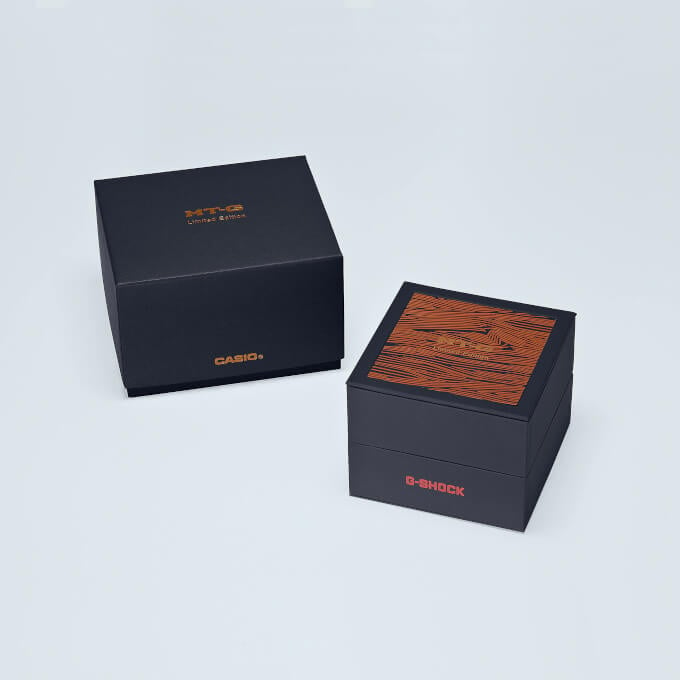 G-Shock MT-G MTG-B1000VL-4A Volcanic Lightning
Disclosure: G-Central is managed by fans and supported by ads. We may earn a commission on purchases from our links to Amazon, eBay, and Reeds Jewelers. Please follow your country's official G-Shock site for additional release information.