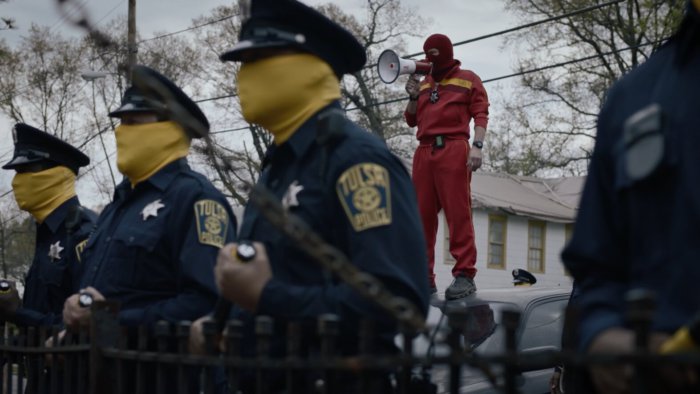 The new Watchmen series on HBO takes place in 2019 but in an alternate world with no mobile phones or internet. Apparently G-Shock still exists in this world, as the tracksuit-clad Red Scare character wears what appears to be a G-Shock wristwatch. Though we can’t give a 100% confirmation, the case strongly resembles a 100-series large-case G-Shock, and it appears to have analog hands like a GA-100, GA-110, or GA-120. The Russian cop Red Scare, played by Andrew Howard, is one of the more colorful hero-type characters in the series, along with Regina King’s Sister Night and Tim Blake Nelson’s Looking Glass. The Watchmen series is a sequel of sorts to the acclaimed 1986 comic book by Alan Moore and Dave Gibbons. 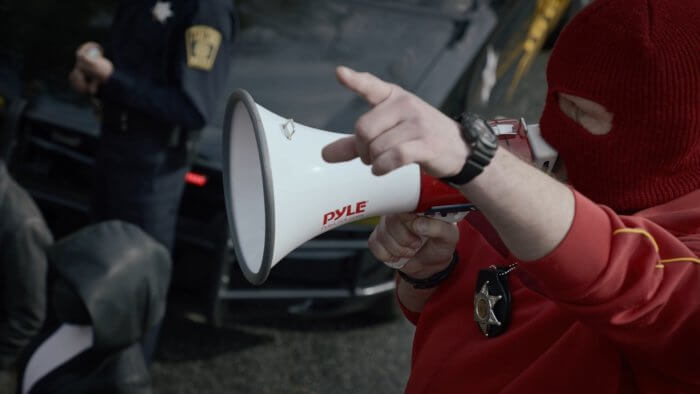