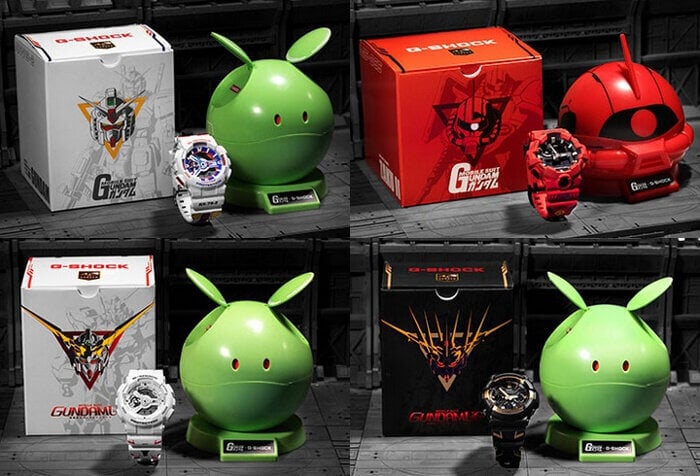 Here’s a look at G-Shock China’s exclusive Gundam collaboration featuring four analog-digital models and their corresponding robot characters. The collaboration celebrates Gundam’s 40th anniversary. The Gundam franchise started in 1979 with the Mobile Suit Gundam television series and expanded into manga, film, and video games. Gundam is also well known around the world for its “Gunpla” plastic models and currently ranks number 14 in a list of the highest-grossing media franchises.

See the promo video and more photos at www.g-shock.com.cn/products/gundam. (Follow the links on that page to casiostore.com.cn for more photos.) 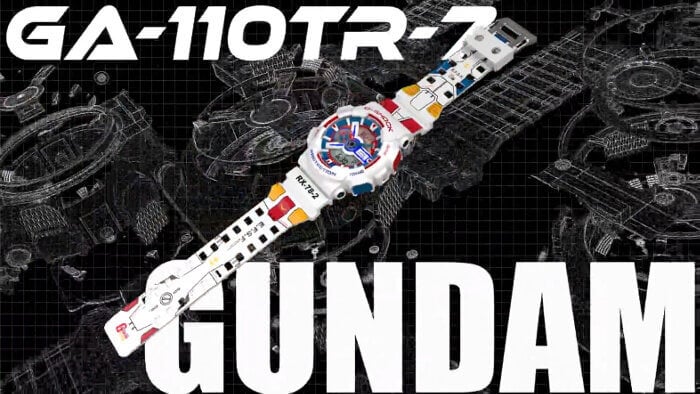 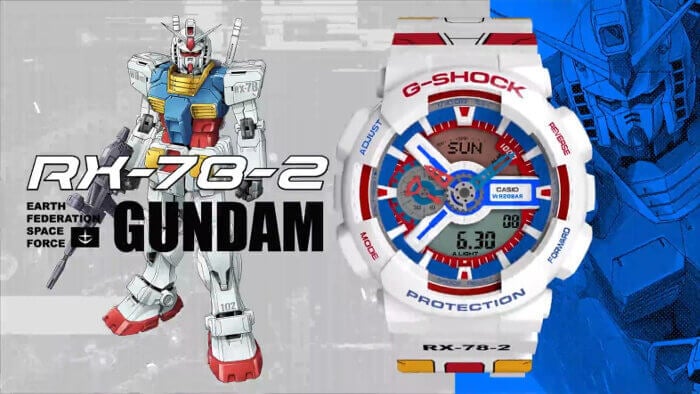 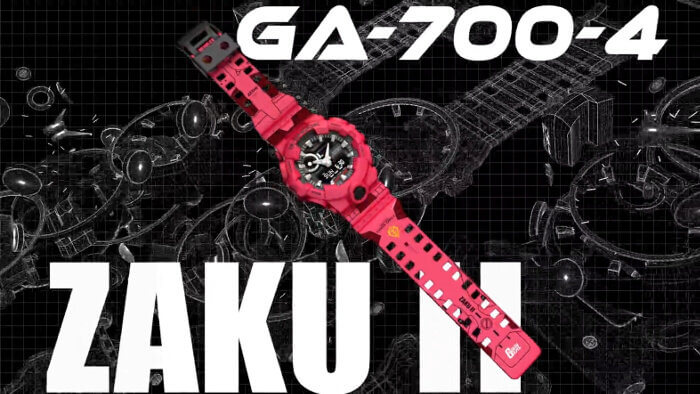 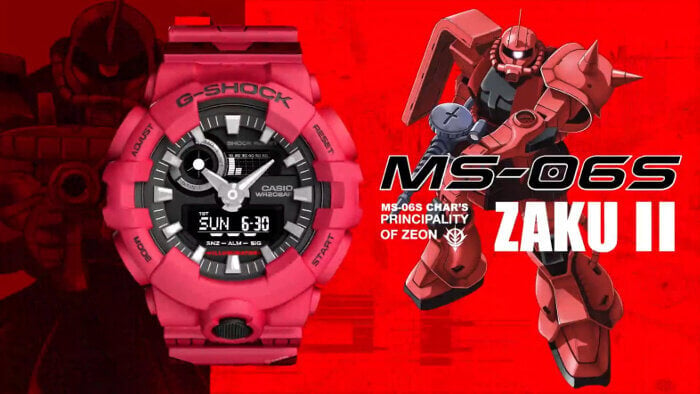 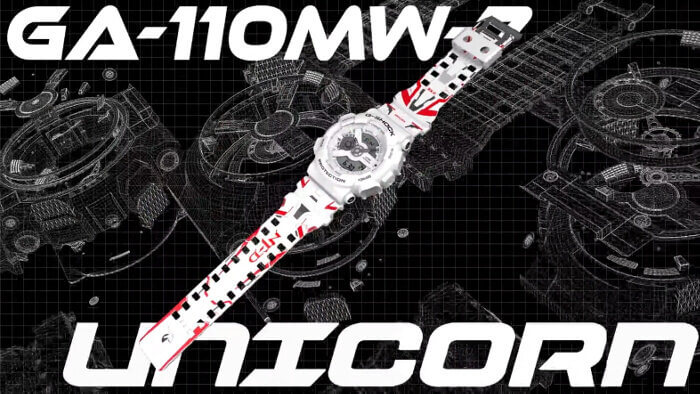 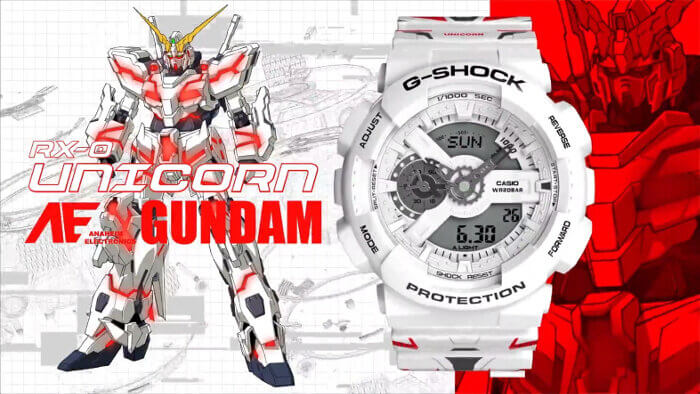 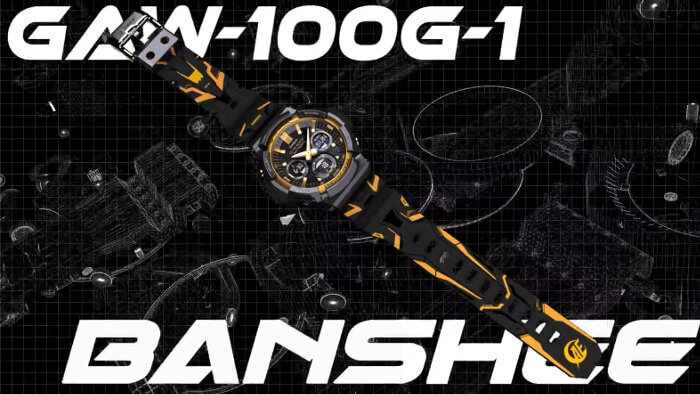 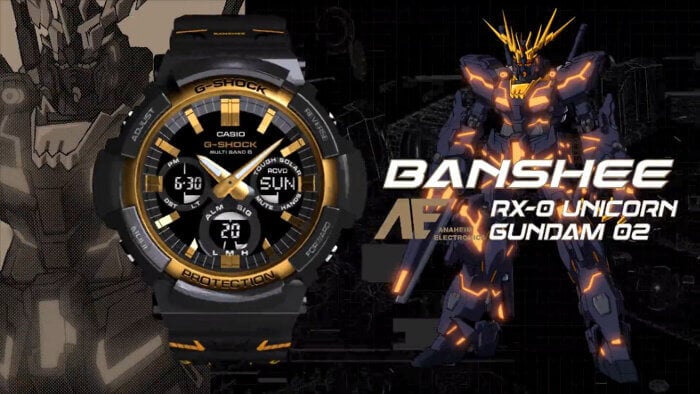 G-Shock Red, Black, and White RB Series: 3 Solar-Radio + 1
Disclosure: G-Central is managed by fans and supported by ads. We may earn a commission on purchases from our links to Amazon, eBay, and Reeds Jewelers. Please follow your country's official G-Shock site for additional release information.

can’t they get a little more creative. like for the zaku make the top left circle glow red like the eyes. And for the unicorn why is it all white? It should have some red in it.