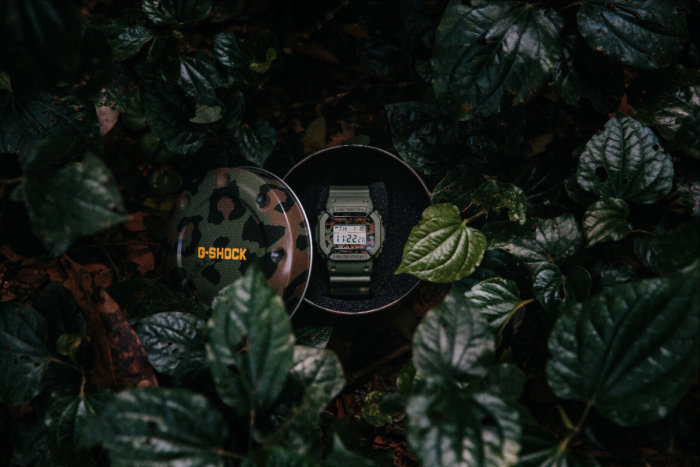 Singaporean cult sneaker customizer Sabotage (commonly known as SBTG) and Casio are releasing the custom SBTG x G-Shock DW-5600 watch throughout Southeast Asia. This limited edition DW-5600 designed by SBTG founder Mark Ong features a military-inspired leopard camouflage design which is a signature SBTG theme. The vision of this collaboration was to create a timepiece that would embody Mark Ong’s design philosophy of constant improvements as a journey and an end unto itself. Ong chose the DW-5600 because of its status as the forerunner of the G-Shock family and how it kick-started G-Shock’s journey of absolute toughness.

The SBTG X G-Shock DW-5600 has a matte green surface, a leopard camouflage pattern around the display, and a black “bull bar” face protector. The face bears SBTG’s logo and a DW-5600 model tag, and the engraved case back features the SBTG logo and its slogan “Destroy To Create.” The EL backlight also displays the slogan when activated. 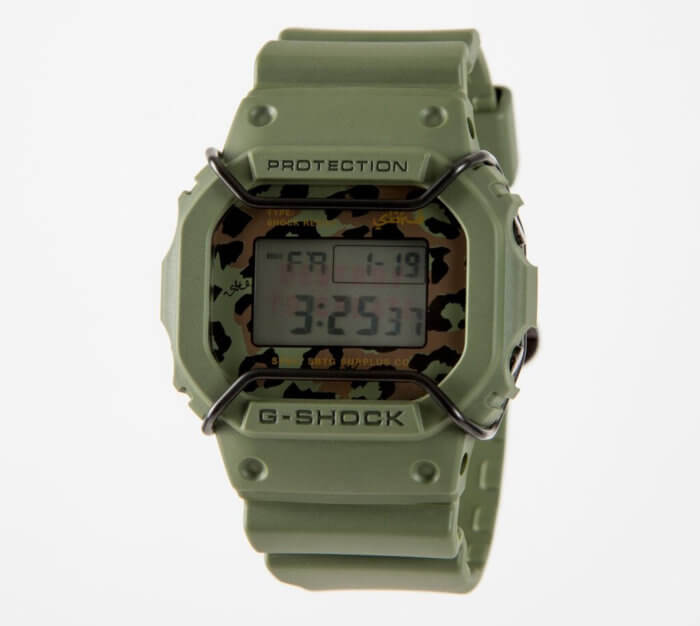 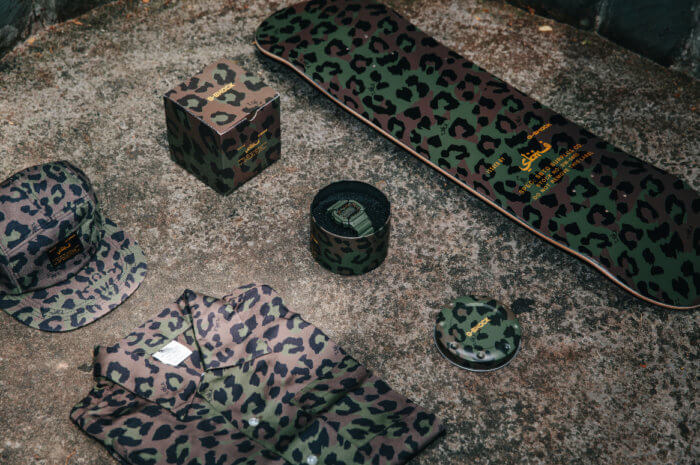 SBTG was created 15 years ago by Mark Ong (also known as Mr Sabotage), a veteran of the street fashion scene in Singapore and internationally. Starting out as a one-man sneaker customization workshop, it has matured into a full-fledged design and production house. Aside from military motifs, Ong draws inspiration from old school punk music, along with skateboarding and other subcultures.

Where to buy Casio G-Shock watches in Hong Kong
Disclosure: G-Central is managed by fans and supported by ads. We may earn a commission on purchases from our links to Amazon, eBay, and Reeds Jewelers. Please follow your country's official G-Shock site for additional release information.