The all-new G-Shock GMD-S5600, a smaller version of the popular DW-5600 origin series, will be launching in January 2023. Until now, the Baby-G BGD-560 has largely been filling the role of a smaller “square” model. As a G-Shock series available in unisex colorways, the GMD-S5600 is likely to have a broader appeal to those who want a smaller classic square style but not in a watch branded with the Baby-G logo. (Other smaller square G-Shock series from the past include the DW-520 in 1994 that was the basis for the Baby-G brand and the metal-covered GM-S5600 in 2020.)

Known features of the GMD-S5600 include shock resistance, 200-meter water resistance, approximate 3-year battery life, and LED backlight. Judging by the LCD display, the watch will also have flash alerts like the DW-5600. (This post will be updated with full specifications when available.) 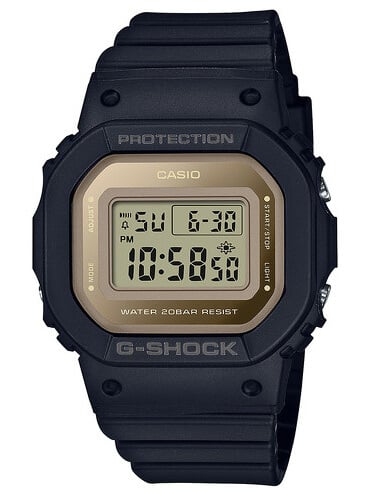 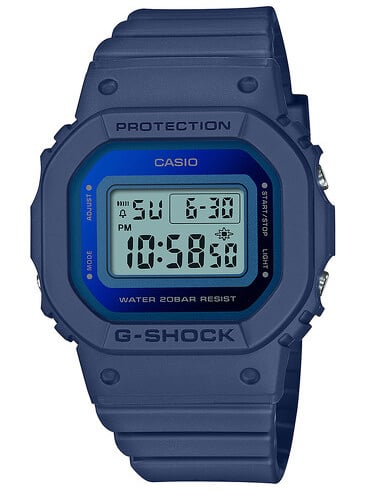 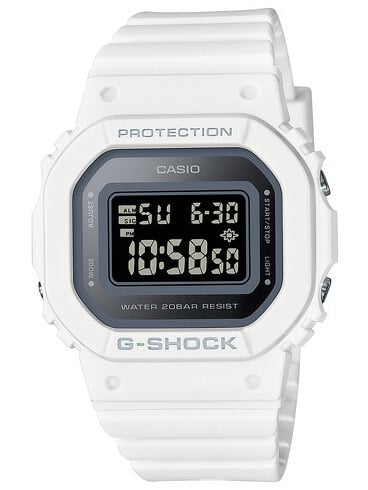 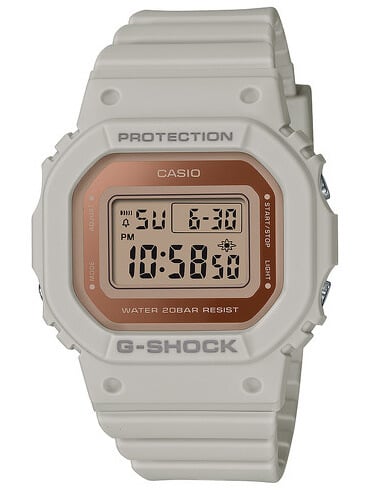 Why The G-Shock GA-2100 Is So Popular (Review)
Disclosure: G-Central is managed by fans and supported by ads. We may earn a commission on purchases from our links to Amazon, eBay, and Reeds Jewelers. Please follow your country's official G-Shock site for additional release information.

very pretty watch suitable for ever

Smaller and smaller. Why don’t they make a G-SHOCK as small as the F-91W so everybody can be happy. Laughable! Wrong decision CASIO.

There are also people with smaller wrists interested in G-Shocks and for them it is really nice to have some more options. Not everyone has 17+ cm wrists. It is not that Casio is reducing the number of mid-sized and large G-Shocks, right? I think it is a great decision from Casio and I appreciate it very much 🙂

An F91 G shock would be amazing. Hopefully with the F91 wrist band. I’m never gonna drop my watch from a building. If I do I’m not going to survive either.

Right decision CASIO. Watches globally have swung back from the wild dinner-plate sized 45mm+ monstrosities around 2005-2015 back towards the traditional 34-38mm men’s sizing. G-shocks have always been on the large end for cushioning, accessible buttons and display, but there’s no need to bloat a watch if it doesn’t need to be bloated.

It’s nice to have something durable, pragmatic and functional that’s not so screamingly large it’s obnoxious outside a battleground operation. A G-Shock not much larger than the F91W would be great. The Casio W800H/W96H are the closest things at the moment, but have very basic builds, movements and backlights versus premium G-Shocks. The GW5000 is the best option size-wise at the moment, but is still slightly large and hard to get in the US at a decent price.

I also want a watch that is as slim as F91w and has the water/shock-resistant of a Gshock. That may be biggest innovation of the mordern watch world

I think it’s great! Now if only they could make it multiband6 and solar

The module already exists for this smaller side square, the JDM version of baby-G BGD-5000u has both tough solar and mb6 already 。。。❤️

Would have been really easy to put next to a standard Square for comparison. Is the band the same length?

What many people is waiting for is a GW-M5610U with metal case like GW-5000U. Many people does not have a wrist big enough to wear a GW-5000U.
But Casio is only focused on making fashion watches instead of functional watches.

>Casio is only focused on making fashion watches instead of functional watches.
>Wants a metal case

What’s the function of a metal case? Is your resin Gshock watch case going to break?

Good shape, size and design, solid price. I hope they do some better colors and offer more premium features, hopefully for around $150-300 USD.

Nice move of Casio. They should have done it sooner. I definitely cop the grey/rose gold model