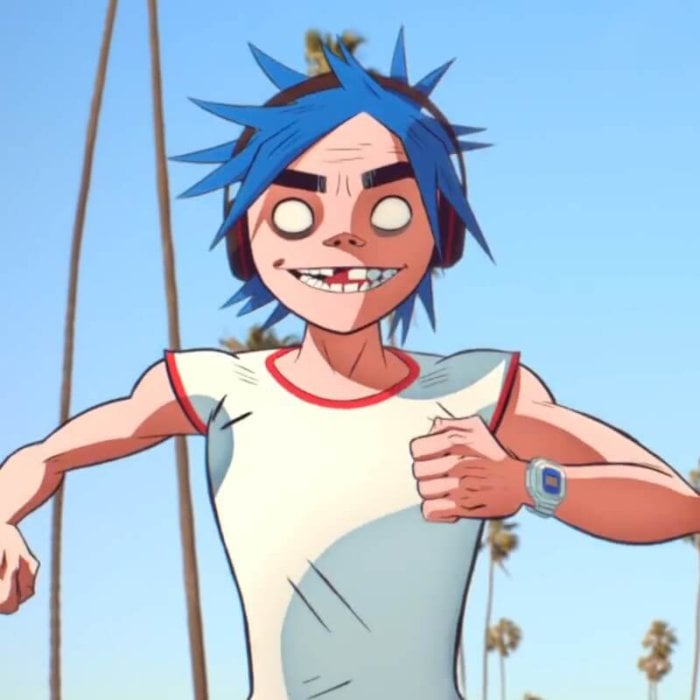 Fictional singer 2-D (a.k.a. Stuart Pot) appears to be wearing an (illustrated) Casio G-Shock wristwatch in the new Gorillaz music video for “Humility.” When we saw the first image making the rounds we weren’t sure if it was intended to be a G-Shock. After closer inspection of the video, if it is not an actual G-Shock, it is at least heavily inspired by one. The fact that official G-Shock social media accounts are sharing the photos and video leads us to believe it is intended to be a G-Shock. While the watch isn’t clearly branded like 2-D’s Beats headphones are, the shape of the case and bands along with the markings indicating lettering on the bezel and display suggest that it is a G-Shock DW-5600. More specifically, the white and blue colors suggest that it is the DW-5600WB-7 from 2017’s Summer Sky Series. 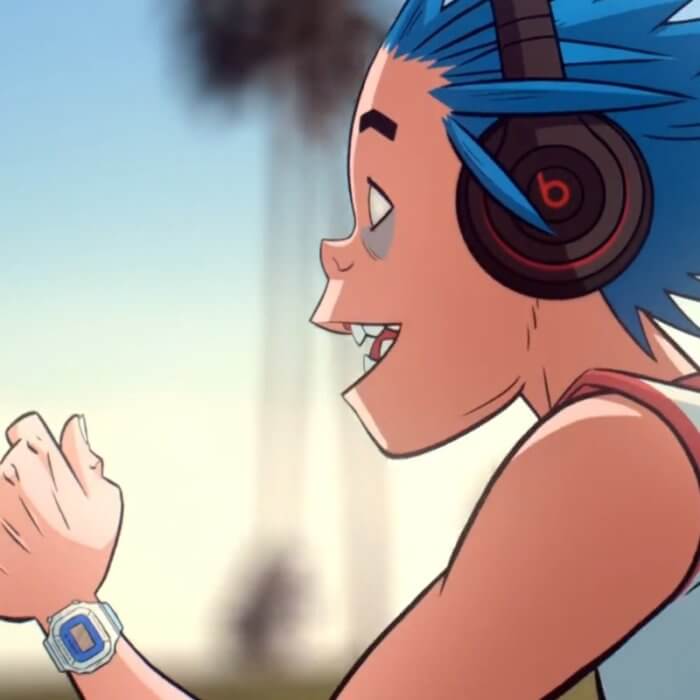