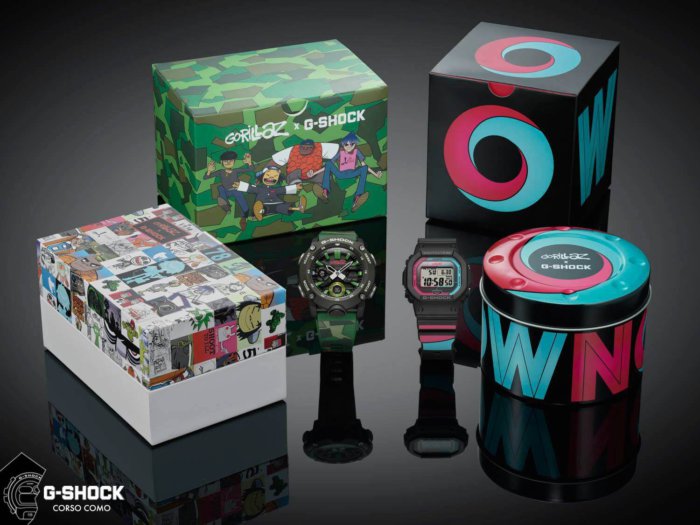 The G-Shock Corso Como store in Italy and G-Shock France released official photos of the GA-2000GZ-3A and GW-B5600GZ-1 from the second Gorillaz x G-Shock collaboration. G-Shock UK also updated its Gorillaz page with a new animated video. The GA-2000GZ-3A features the same camouflage pattern on the band as the dune buggy vehicle (Geep) on the cover of the the Gorillaz’ first album from 2001. It also comes with a second quick-release camouflage band in a solid olive green color. The color scheme of the GW-B5600GZ-1 is inspired by the band’s last album from 2018, The Now Now.

Hypebeast reported that the watches will be available on September 18, 2019, at the G-Shock London store on Carnaby Street and at g-shock.co.uk at 10 a.m. BST, with a retail price of £149 GBP each. U.K. residents are advised to sign up for the mailing list to receive early access to purchase. The limited edition watches are also expected to be released in other European countries, the U.S., and Asia.

Update: Casio America will also be selling the watches at gshock.com on September 18, 2019, for $170 each, with the same offer of early access to mailing list subscribers. 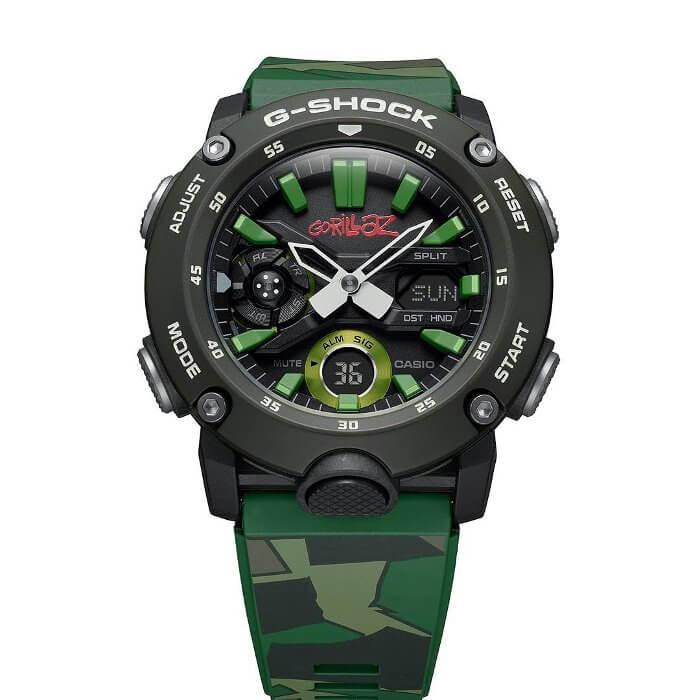 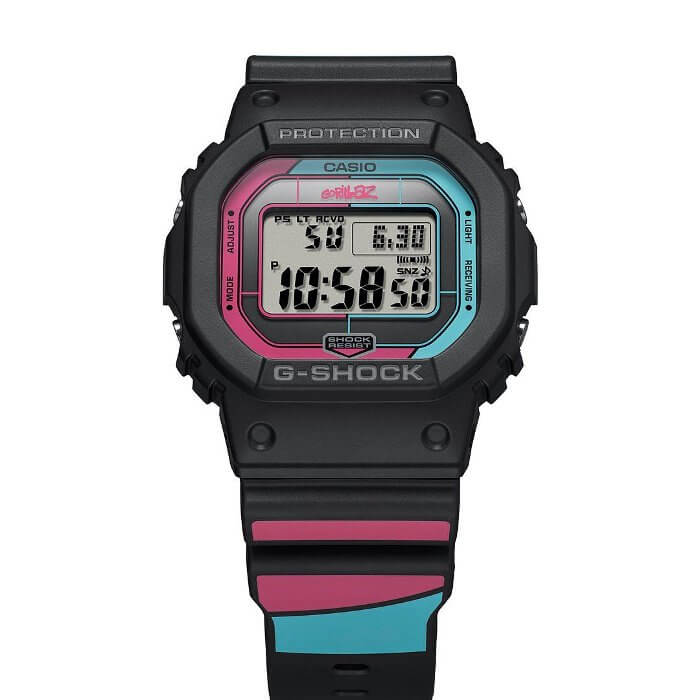 There is currently little information on the new collaboration, but based on g-shock.co.uk/gorillaz, it appears that there will be two models launched including a camouflage GA-2000 and a 5600-series watch.

UK residents can sign up for the mailing list at the website for early access to purchase the watches. It remains to be seen if these watches will be available internationally or if they are exclusive to the UK. The previous Gorillaz collaboration was released worldwide.

Update: G-Shock also announced the upcoming collaboration for Japan, Asia, and the U.S., so it looks like this is another worldwide release. It is likely to have a very limited stock available like the last collaboration.

Update 3: The GA-2000GZ-3A has a red Gorillaz logo on the dial, green markers, and white hands, and it comes with two camo-style quick-release bands in green and brown.

G-Shock DW-5600SB Color Skeleton Series: Blue, Green, Red
Disclosure: G-Central is managed by fans and supported by ads. We may earn a commission on purchases from our links to Amazon, eBay, and Reeds Jewelers. Please follow your country's official G-Shock site for additional release information.

Could the second model be a GA-2100 rather than a 5600? Same silhouette and could be a good way to push the new Carbon Core Guard if both feature it.

That was actually my first thought, but when I looked at the length of the side between the buttons, it seems shorter than the GA-2100. I could be wrong and agree that the GA-2100 would be a good idea for a new collab.

“It remains to be seen if these watches will be available internationally or if they are exclusive to the UK.”

There will be distribution in Mainland Europe.

Thank you for the update.

They arrived to Spain also … but in very limited quantities and ONLY in trend shops.

The new GW-B5600GZ-1 gives me hope that Casio will eventually update the GWM5610 with the positive-display 3459 module. That would be an ideal combo.

Then as a hgher-end option, it would be great if they put that module in the screw-back GW-5000-1JF.