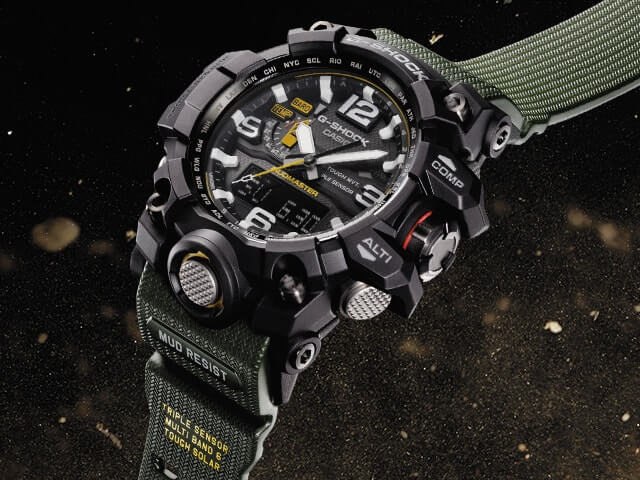 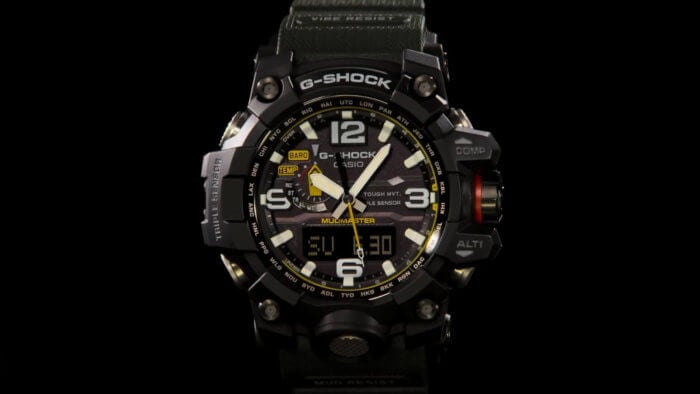 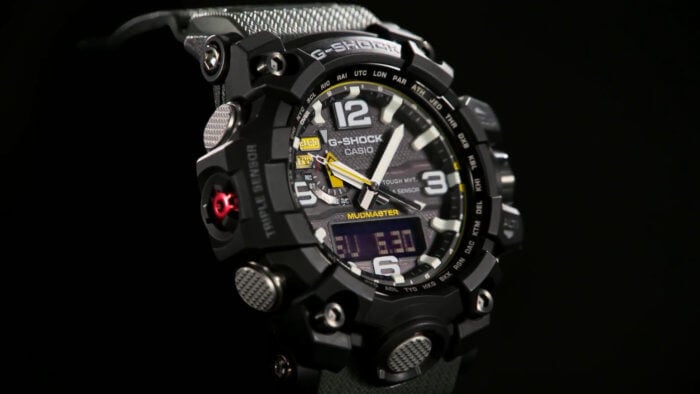 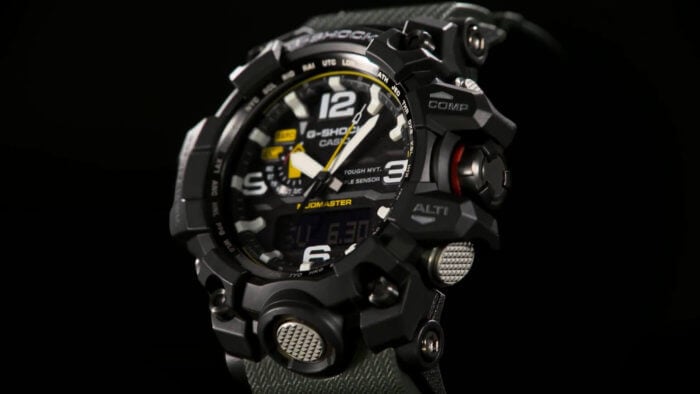 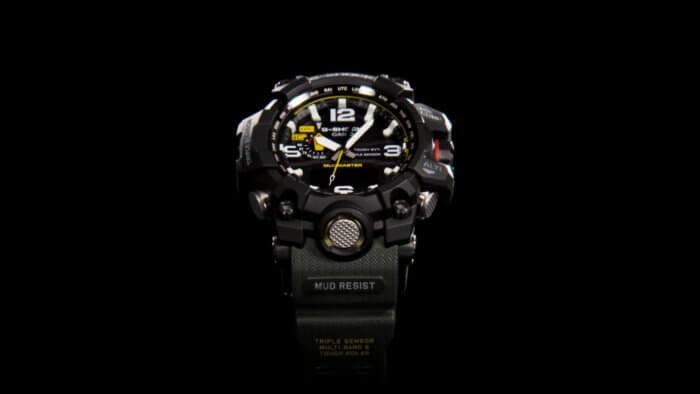 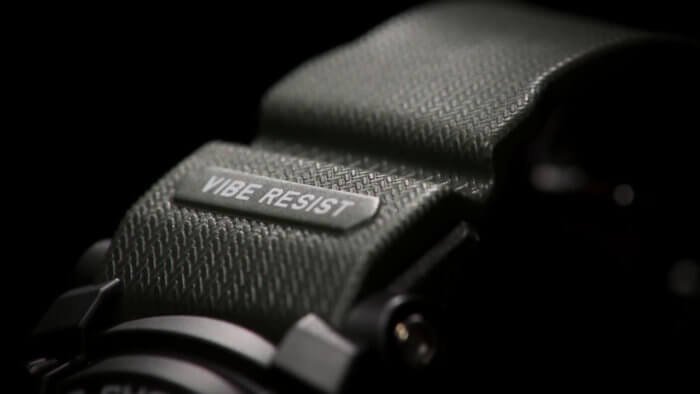 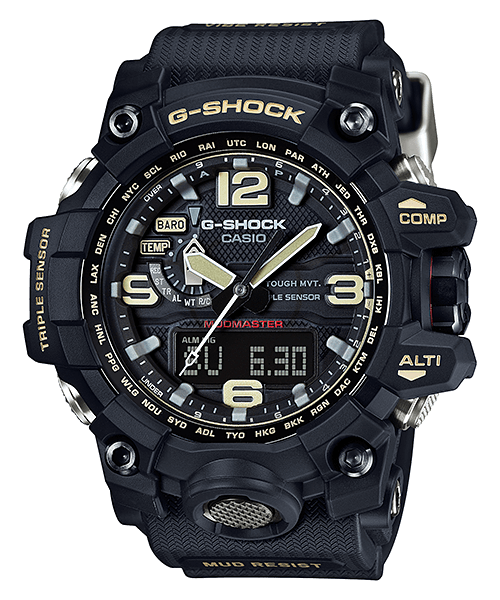 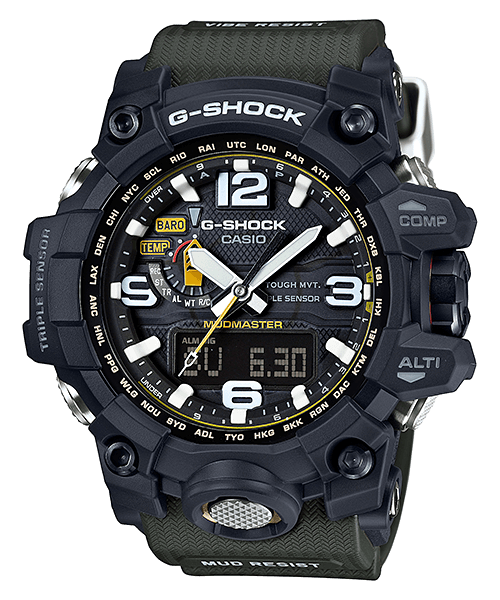 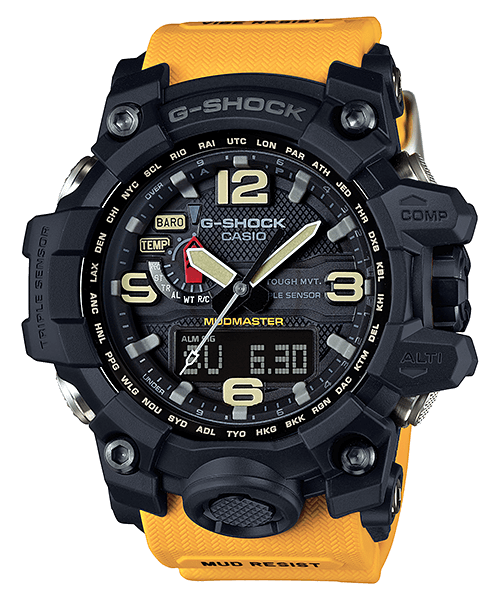 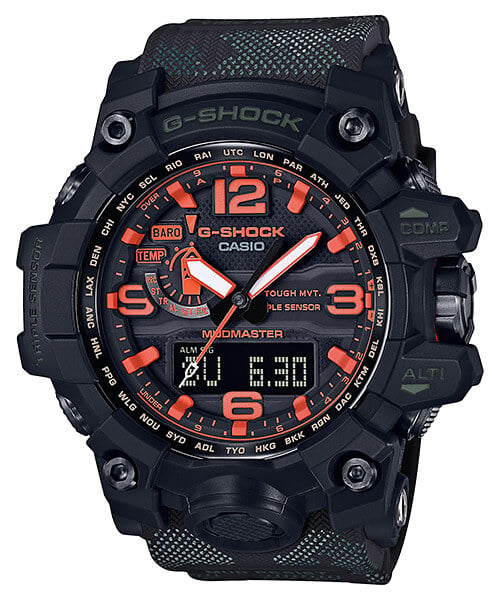 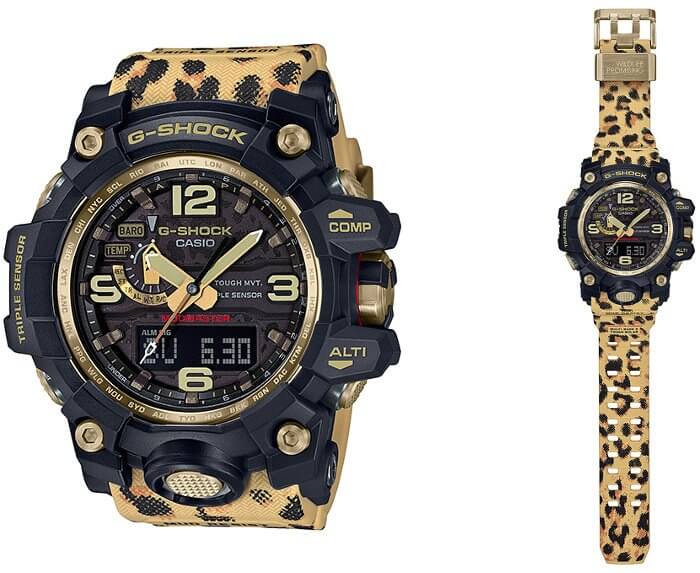 Can a NATO Watch Strap be used on the Casio G-Shock Mudmaster GWG-1000-1A3 Watch? If so, what size?

I would think the Mudman since it is smaller, but big watches can look good on females too.

Do they make a GWG 1000 1A3 that has a positive display instead of a negative one. It has all the features Im looking for except that one

Unfortunately there is currently no GWG-1000 model with a positive LCD display. Perhaps that will change in the future.

Hi, is there any difference between GWG-1000-1A3DR and GWG-1000-1A3ER other than price? I’m working in India where the former is available for equivalent of £450, whereas it’s listed for £660 on the UK site. I’ve bought G-Shock in India in the past which did have a difference (didn’t have the multi band 6 feature), but I can’t see any immediate differences between these models other than ~£210!

G-Central…..you rock!! All queries dealt with with complete precision. Kind of like the watches in question. And that’s all I got to say about that.

It means that watch is designated to be sold in the European market. Otherwise it is the same as any other GWG-1000-1A model.

Do you know where I could still get the official rescue red mudmaster?

No sorry, it seems to be sold out everywhere.

Is there? Or will there be available metal band for GWG-1000?

No, and probably not.

They are the same other than the colors. Some colors have limited production runs, or use ion plating on the metal parts for different color accents, so that will make it more expensive.

The LCD has a black background.

Is there any feature which can invert the colours of the display ?

I am used to the ProTrek which had a clear background with white digits.

No you cannot invert the LCD display.

It actually came out at the same time. They are the same watch, just different colors.

Ahh thank you very much

It’s the same, the “CR” just means it is meant for export outside Japan.

Yeah the functions are the same and just the colors are different. Also, I think the the GWG-1000GB might not have luminous index markers like the GWG-1000-1A3, just the hands and 12-3-6-9 numbers are luminous.

Only thing that lets this tough G-Shock down is the light, my last Mudman illuminated the watch so well, you could read the digital screen. The GWG1000-1A3 has no lighting for the screen. I used to push the illuminated light button walk around the house using it as a torch it was that bright.

What is the best selling color. i have ordered a GWG1000-1A3 for about $450 and the other color are cheaper. The All Black model is the cheapest. I have read in one of the answers that few models are ion plated. Is the 1A3 model ion platted. PLease help.

Looks like there’s a new model out. Looks awful but hey at least it’s new!

Yeah, we wrote about that one in another article but didn’t list it here.
https://www.g-central.com/g-shock-baby-g-wildlife-promising-leopard-editions-for-love-the-sea-and-the-earth-2019-winter/

Ahh I did a search but it didn’t show up. Oops! They’re all over eBay and judging by the prices not too popular.

Love my green GWG-1000 and would be lovely to see a new colour preferably with a positive led. All the best, Mark.

Hello. Why is the JF model more expensive in the markets then the 1A3 version? Is there something that makes the JF version more valuable? Also can you please tell me if the year they were made and the year they are sold make any difference? ie made in 2018 sold new in 2020. Thanks for the great information.

The JF means it is from Japan. If the rest of the model name is the same, it’s the same watch, but it is just meant to be sold in Japan. If you buy it outside of Japan, it probably won’t include a warranty. I don’t think the year it is sold makes much a difference. For battery-powered models, it may mean a shorter battery life, but this seems to be something that is factored into the estimated battery life specs.

i really appreciate the reply. im just wondering why JF versions command more of a pricepoint then its counterparts even though those are also made in japan (correct?). whats the perception around the higher price? anyways thanks again great point on the estimated battery life.

It depends on the particular model. Not all G-Shocks are made in Japan. The new models usually get released in Japan first, so they may be charging a premium because you can’t get it anywhere else. If it’s a limited edition model, they tend to cost more if it’s from Japan. Maybe they charge more because it’s more of a hassle to send something internationally. I don’t really have the answer to this question. There are some cases where they do not charge much of a premium.