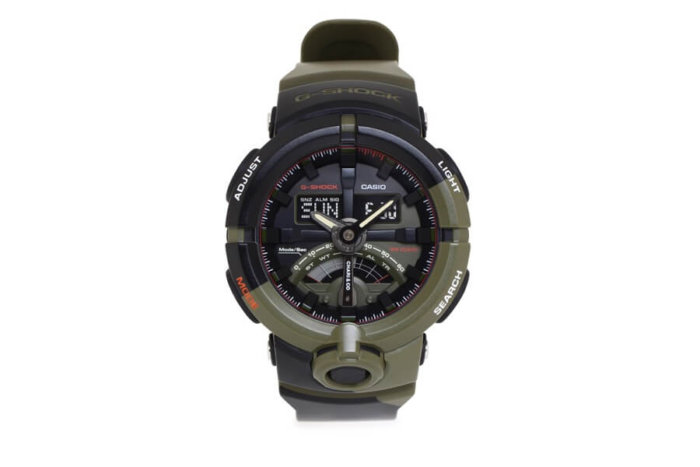 New York City bike and apparel retailer Chari & Co is teaming up with Casio to release the limited G-Shock GA500K-3A. The collaboration watch featuring black and olive colors forming triangular shapes is inspired by the three main components of a bicycle (the top tube, seat tube, and down tube), a design motif previously seen on Chari & Co racing apparel. The watch also has a Chari & Co logo on the face and a custom engraved case back, and includes a co-branded box and tin. List price is $190 USD.

Update: The GA500K-3A is currently available at shopcasio.com. G-Shock Japan has announced the GA-500K-3AJR for March. 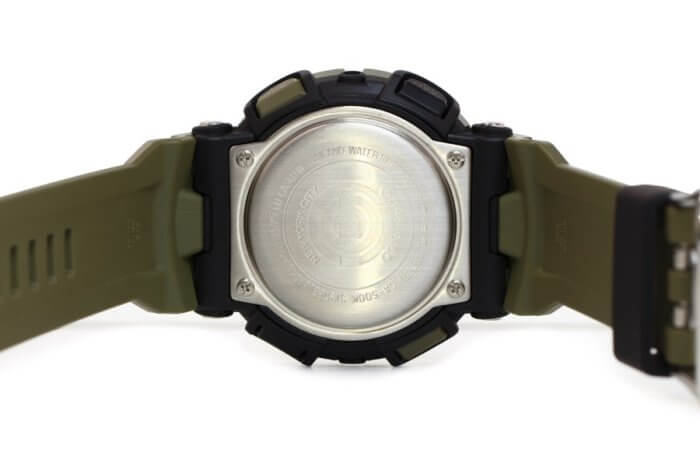 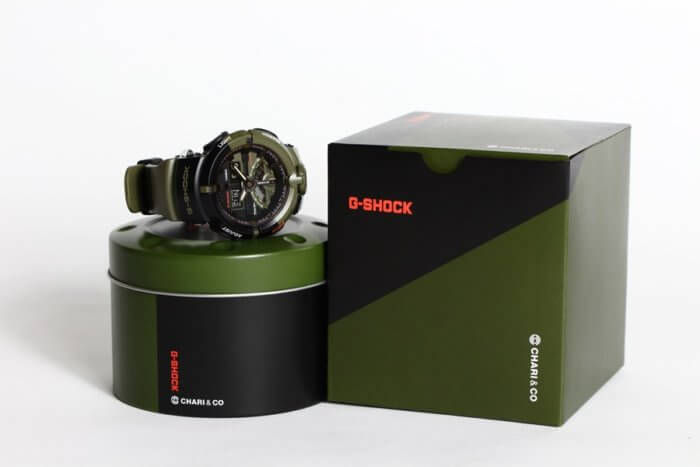