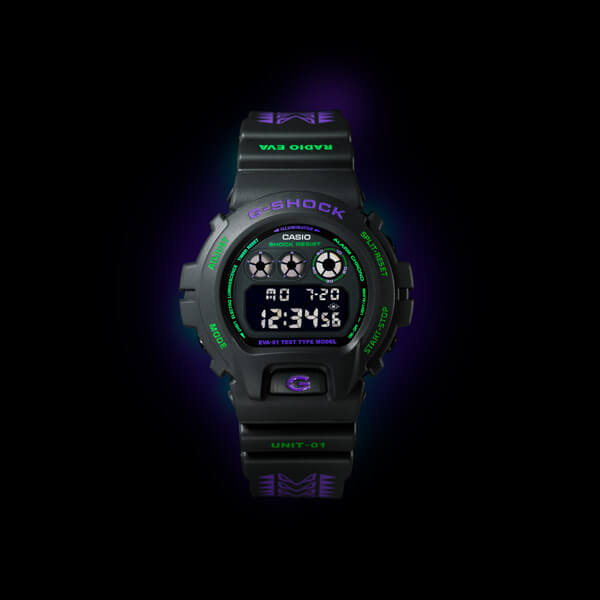 This limited edition DW-6900, designed by the Evangelion fashion brand Radio Eva, is inspired by the first machine Evangelion Unit-01, a.k.a. “EVA-01 Test Type,” with purple and green accents. The band has a distinctive purple pattern resembling the eyes of the unit. The NERV central operation commander appears in red on the EL backlight, and the case back has a custom Radio Eva engraving with an image of the mech. 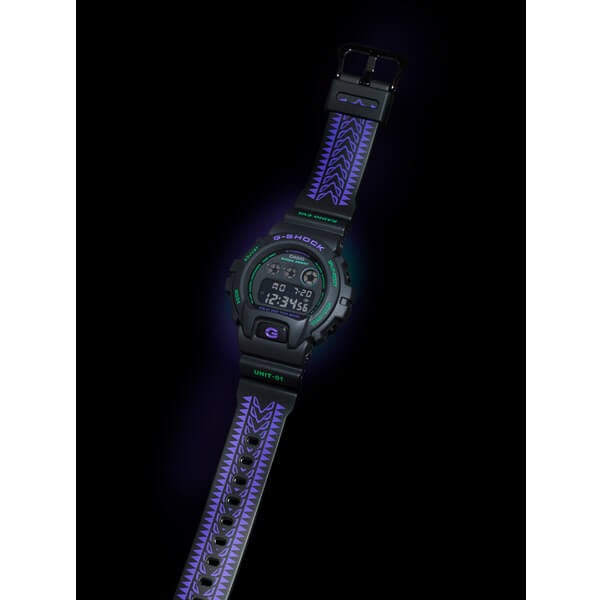 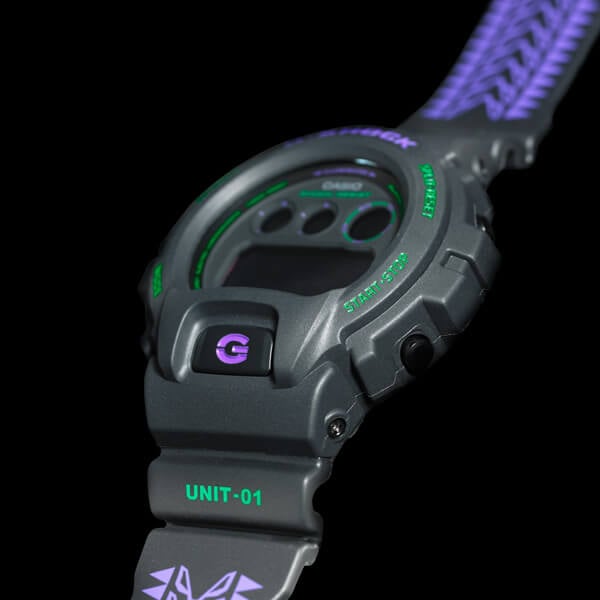 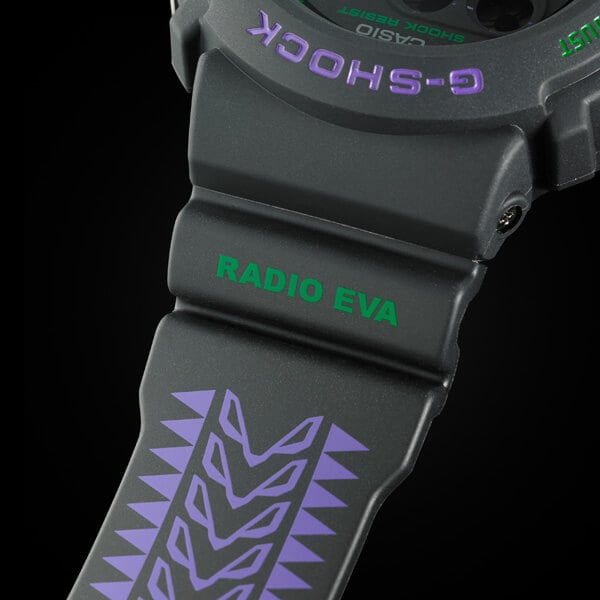 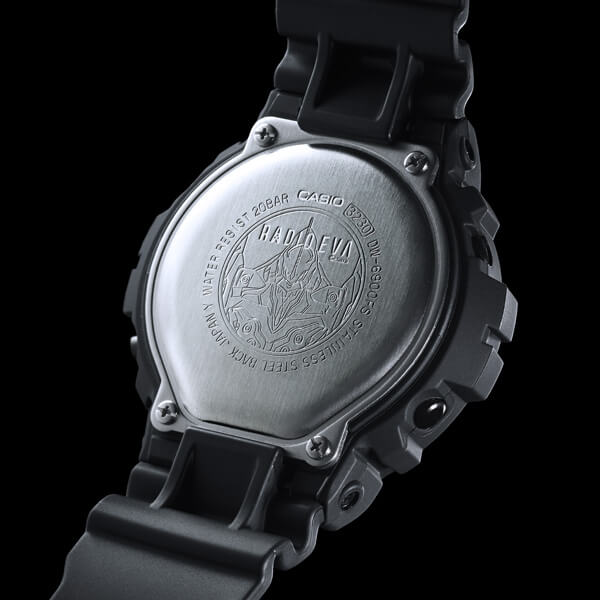 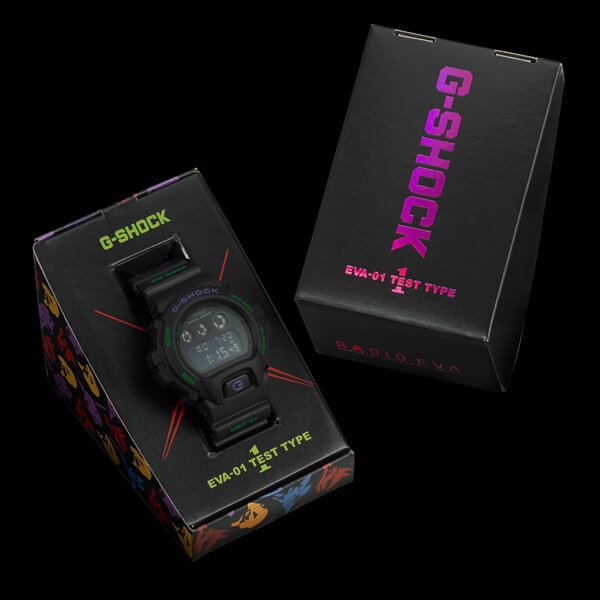