G-Shock continues to innovate on the fashion front with the release of a new fabric-like resin band and case applied to popular base models. We’re not exactly sure what the “BT” stands for so we’re going with Black Leather Texture Series as the look resembles the surfaces of leather work boots and jackets. (Update: G-Shock has christened it the “Black Out Texture” series). This unique look is created with a microfabrication applied to the resin molds, resulting in a leather-like texture that gives the watches a natural, worn appearance.

Update: In February 2018 Casio America announced a release for the GA100BT-1A with a list price of $99 USD.

The GA-100BT-1A is an analog-digital model with gray markers. 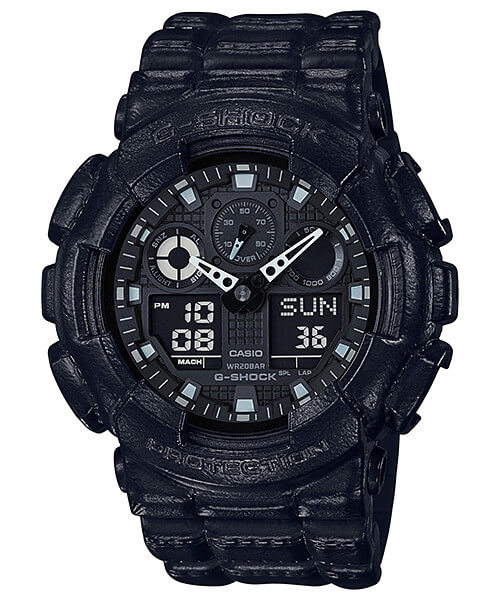 The GA-110BT-1A is an analog-digital model with light gray markers. 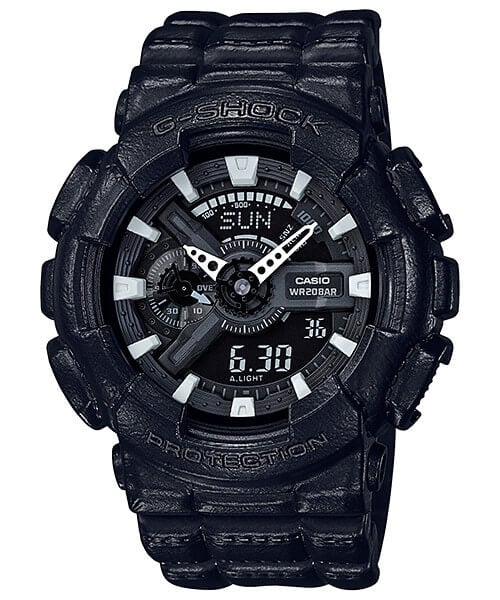 The GD-120BT-1 is a digital model with a black display. 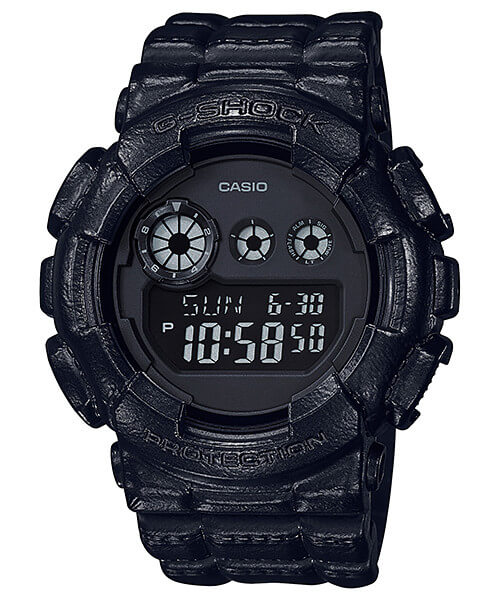 G-Shock Black and Red Heritage Layered Band Series
Disclosure: G-Central is managed by fans and supported by ads. We may earn a commission on purchases from our links to Amazon, eBay, and Reeds Jewelers. Please follow your country's official G-Shock site for additional release information.