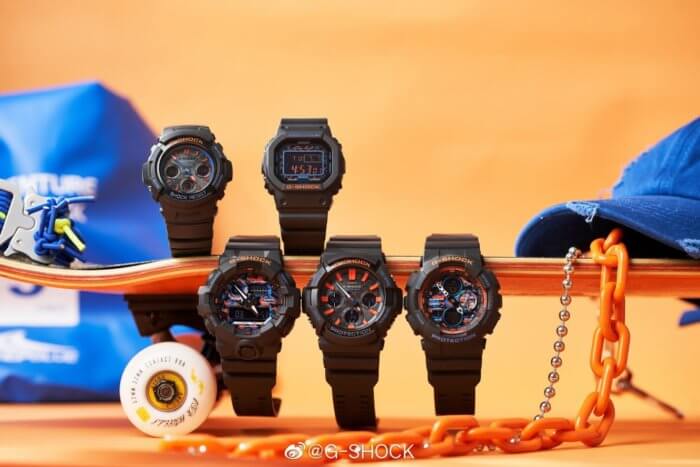 The watches have a digital camouflage pattern on the dial and face, in orange and blue or gray, depending on the model. 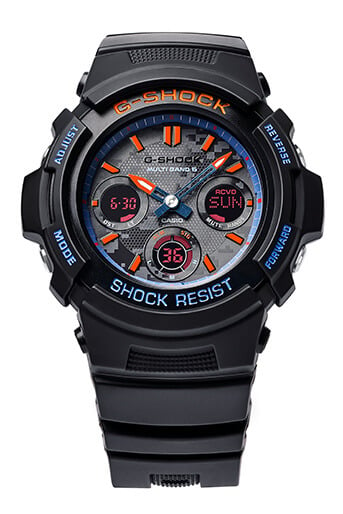 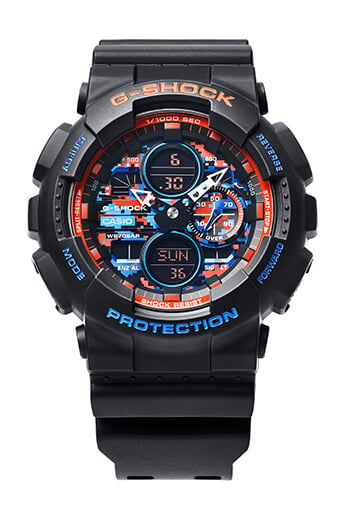 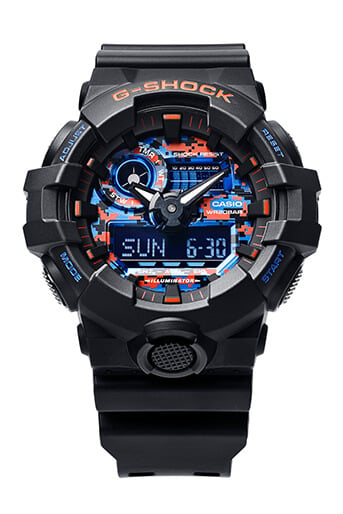 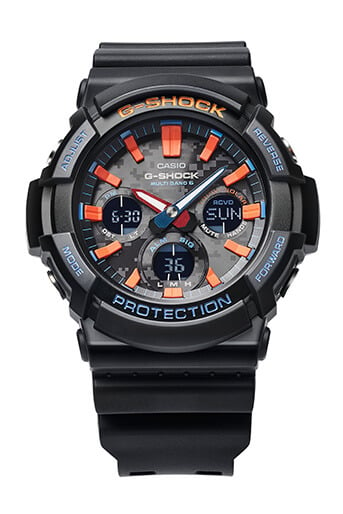 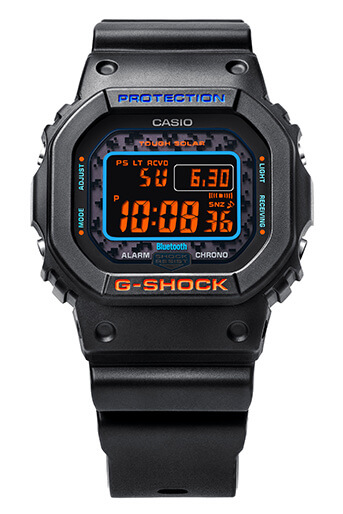 G-Shock GAW-100B & GAS-100B Black-Blue and White-Black
Disclosure: G-Central is independently managed by fans and supported by ads. We may earn a commission on purchases from our links to Amazon, eBay, and Reeds Jewelers.

Another B5600 with a negative display. All we want is one with a positive display that is not a limited edition, Casio!