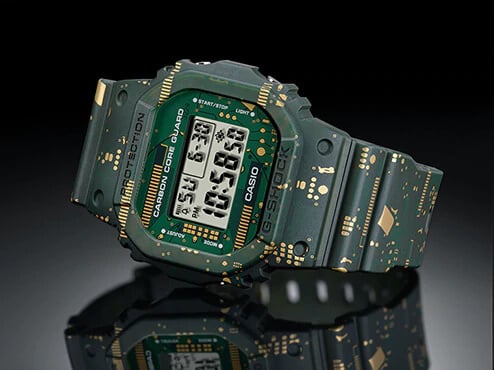 Casio announced the G-Shock DWE-5600CC-3, part of the all-new DWE-5600 series, which is billed as the first G-Shock with freely interchangeable bands and bezels. The bands have a quick-release slide lever like we have seen in other recent G-Shock watches. Instead of screws like past 5600 models, the bezel attaches to the inner case with four small carbon fiber hooks, and it is removable with an included tool. The DWE-5600 is also the first 5600 model with a Carbon Core Guard structure, with an inner case made of carbon fiber reinforced resin. 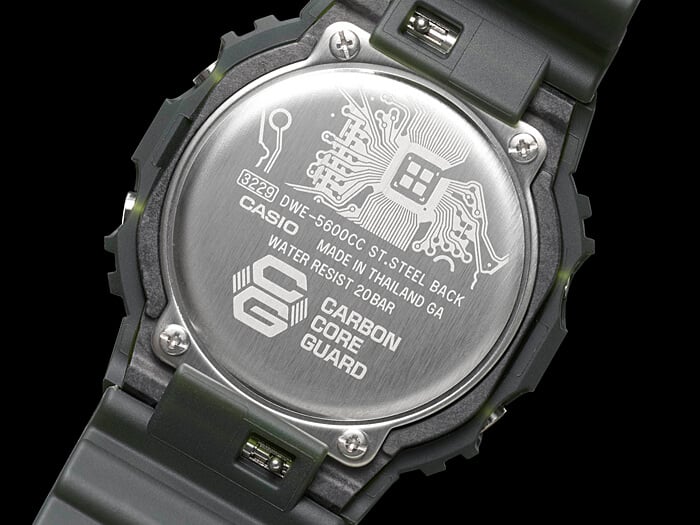 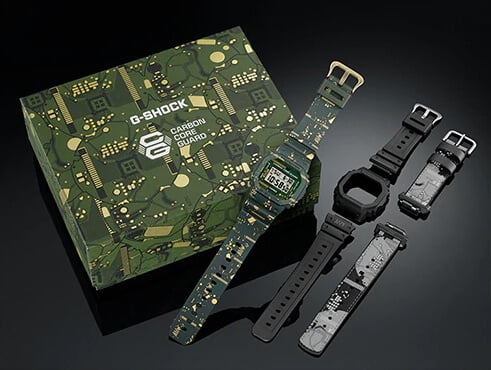 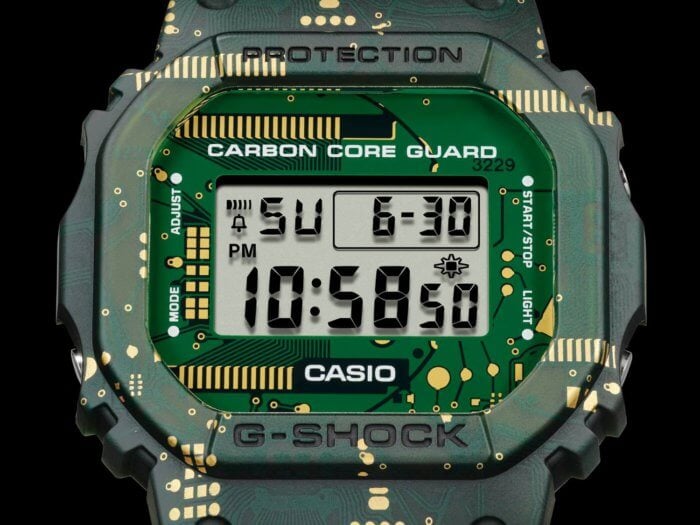 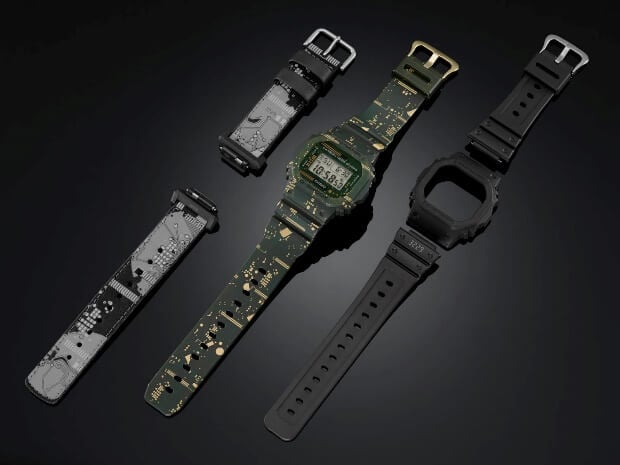 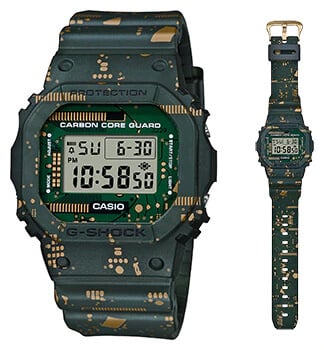 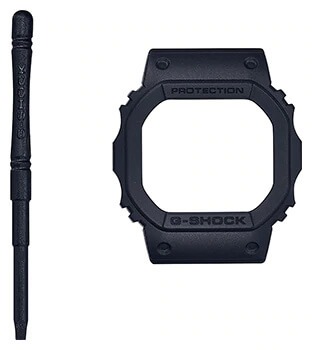 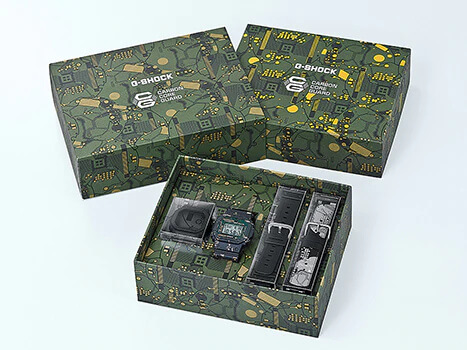 There’s the DW-D5600, which uses a more advanced module than the DW-5600 and is mostly seen as limited edition collaborations these days. We don’t know what distinguishing feature the DW-E5600 has to warrant the new name. With that name, we would have expected it to use a new module like the DW-D5600, but that doesn’t appear to be the case. The source of the listing does not have a history of typos or mistakes.

We’ve seen the DW-5610 recently, which designates a dual-molded, multi-color case and bezel. We would expect something more significant from a DW-E5600, maybe with some sort of new material like the stainless steel bezel of the GM-5600. The DWE5600KS-7 is listed for 2020, so hopefully we’ll find out soon enough.

I would like to have seen a new watch with module 3433 like on the DW-D5600 since I very much like having world time and auto EL (not to mention the fantastic battery life), sad that doesn’t seem to be the case.

Totally agree! Times have changed and the original DW-5600 module feels just way too outdated. The one on the DW-D5600/5500, IMO, has become the new standard, as it comes with the additional basic functions like the ones you’ve mentioned. The only caveat with this 3433 module, however, is that alarm chimes are only valid for 10 seconds (instead of the usual 20 seconds), but that also applies to many other basic G-Shock models with the very same function set (ie. 3 alarms, 24h stopwatch with 5s pre-start mode, 24h timer with auto-repeat and progress beeper, world time), such as the G-8000, new Jason etc. etc.

Needs the Tough Solar bluetooth module. But that green quite lovely is it not?