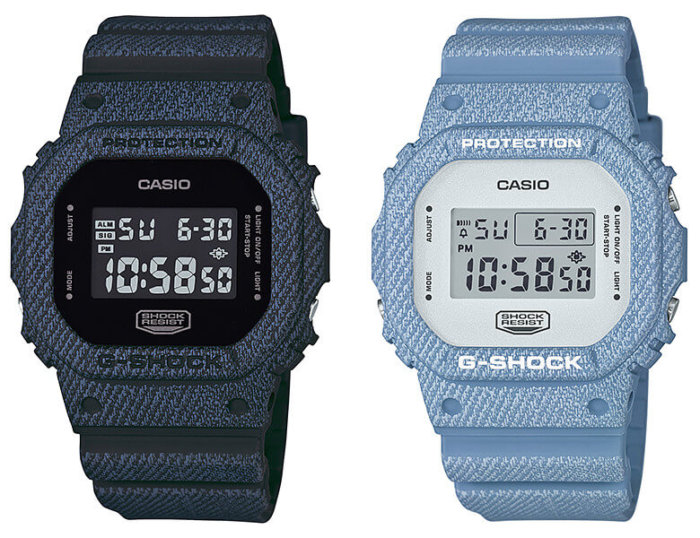 G-Shock Japan announced new Denim Color Series watches in addition to the GA-110DC and Baby-G BA-110DC models. They are two square models, the DW-5600DC-1JF (black denim color with a black face and reverse display) and DW-5600DC-2JF (light blue denim color with a white face and standard display). The DW-5600DC faces have a clean, minimalist look and the denim design is G-Shock’s new fabric-like pattern for 2016.