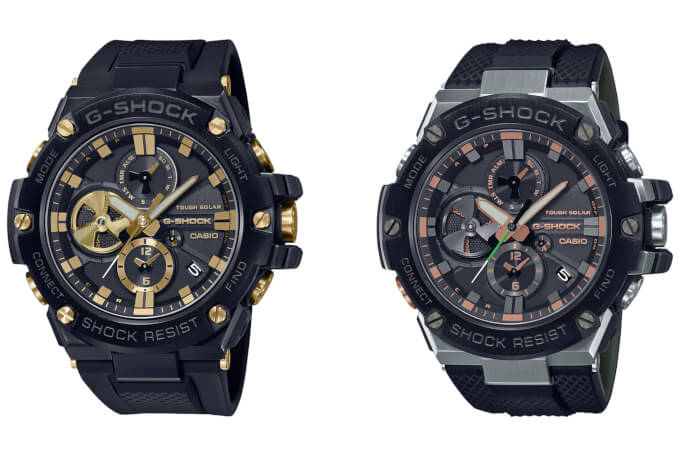 Casio is releasing the G-Shock G-STEEL GSTB100GC-1A in the U.S. (model GST-B100GC-1AER in the U.K. and Europe). The GSTB100GC-1A has a black and gold color scheme with a black ion-plated stainless steel body and bezel, black resin band, gold accents on the dial, and gold IP buttons, screws, and buckle. This model was not previously announced or released in Japan or Asia.

Another new model, the silver and black G-STEEL GST-B100GA-1AER with copper accents and a dual-layer resin band with an olive green inner layer, is available at g-shock.co.uk for £299 and is coming soon to European countries for €329. This model has a textured diamond pattern on the whole band, in contrast to the dotted pattern on the middle of the band on the GST-B100GC-1A.

These new models are billed by G-Shock U.K. as the “Luxury Military” collection.

Update: Reeds Jewelers now has the GSTB100GC-1A available for pre-order for $410 (link below). 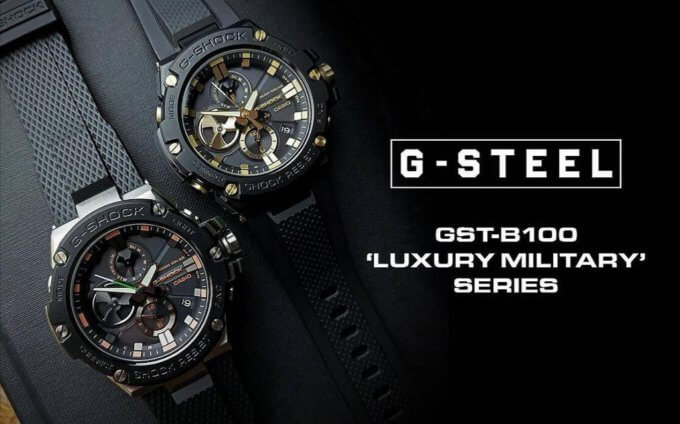 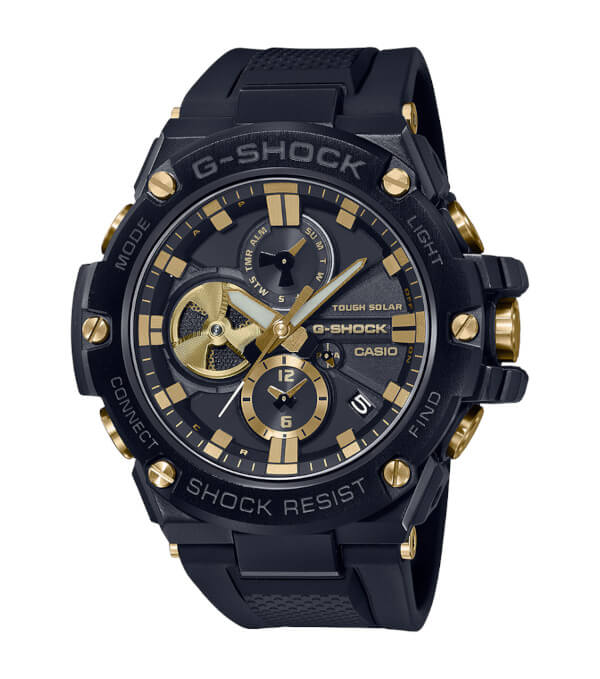 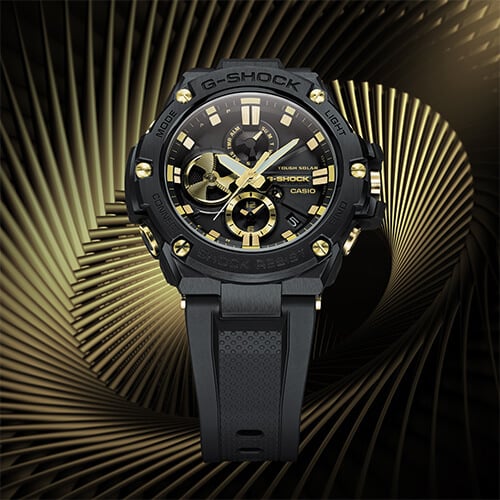 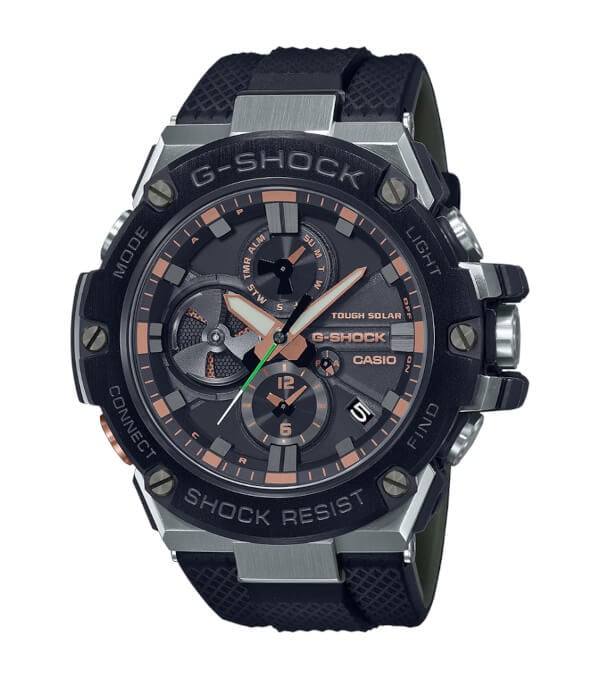 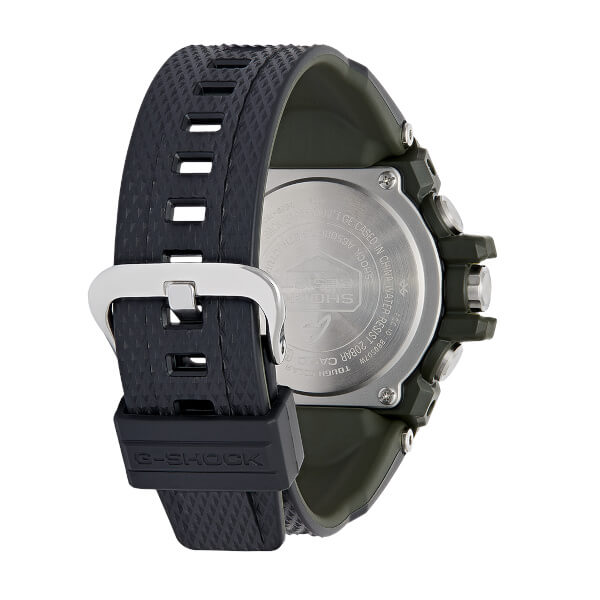 New G-STEEL Bluetooth Models: GST-B100D-2A, GST-B100G-2A, GST-B100XB-2A
Disclosure: G-Central is managed by fans and supported by ads. We may earn a commission on purchases from our links to Amazon, eBay, and Reeds Jewelers.