In November Casio China released the G-Shock GA-400CX-4A and GA-700CX-4A, two special edition watches with a red, black, and gold color scheme to celebrate Chinese New Year and the Year of the Rooster in 2017. The watches feature red bezels and bands, black faces, and gold markers, hands, and accents. They have a custom stainless steel case back with an engraved rooster image and include commemorative tins and boxes, designed by Shangguan Zhe. List price is ￥1,290.00 CNY for the GA-400CX-4APFS and ￥1,090.00 CNY for the GA-700CX-4APFS. Availability is limited to China only. For a similarly colored G-Shock with wider availability see the GA-110VLA-4A. 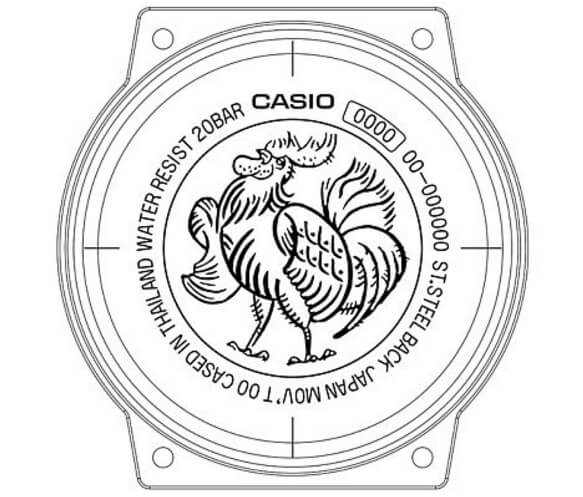 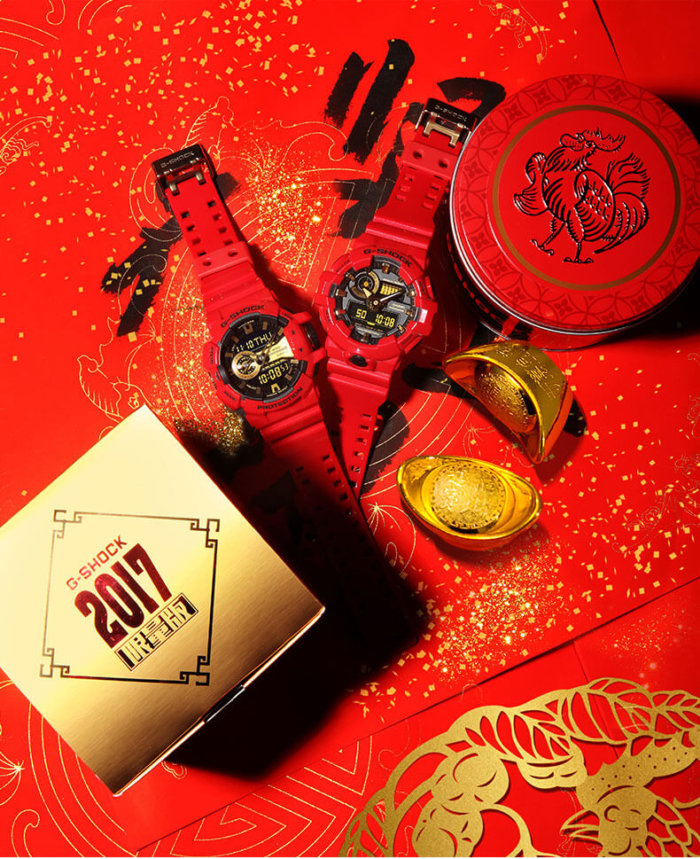