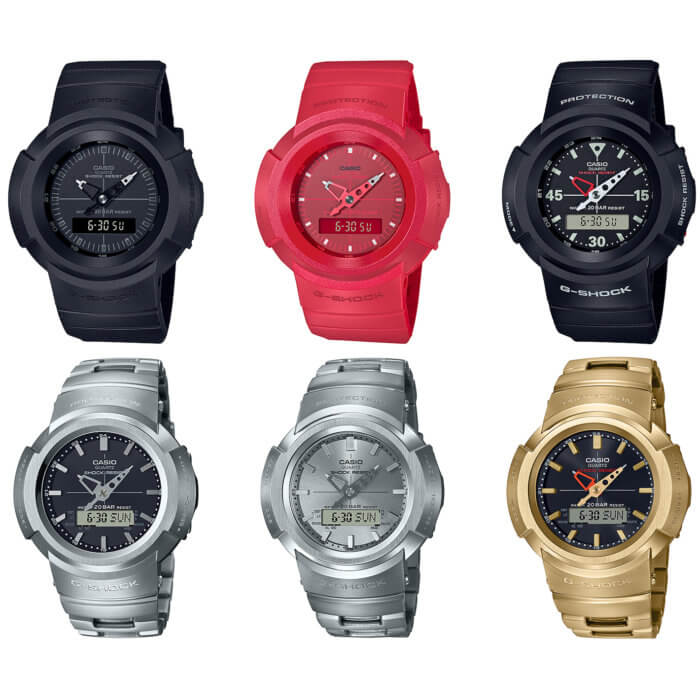 Casio officially announced the revival of the G-Shock AW-500 series, along with a full metal version, the AWM-500 (with Tough Solar, Multi-Band 6, and screw-back case). The AW-500, released in 1989, was the first-ever G-Shock with an analog display, and it was the origin of G-Shock’s analog-digital style with a combination analog and LCD display. The same case was also used for the AW-582 and AWG-M500/510 series, and it was last seen as the Japan-only AWG-M535C-4AJR during the 35th Anniversary in 2018. 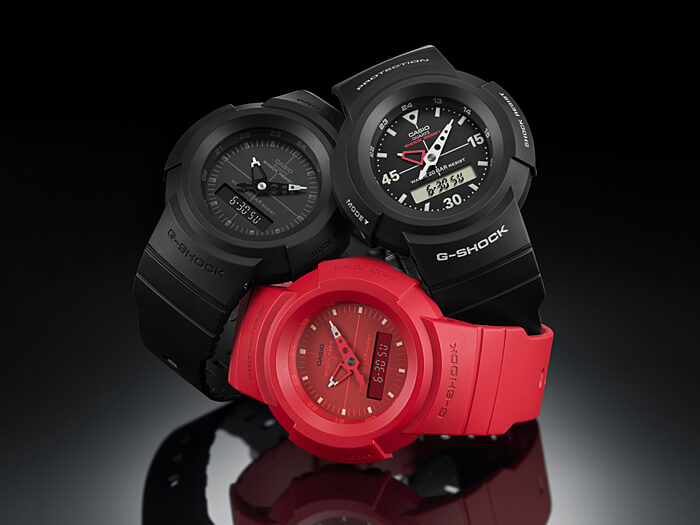 The new AW-500 looks like the original AW-500, with the same style of resin bezel and band, analog hands, and LCD display. One notable difference is that the hands are now completely centered on the dial, whereas they were slightly above the midpoint on the original. Also, the original had a screw-back case like the DW-5000C, but the new AW-500 does not. (The full metal AWM-500 below does have a screw-back.) Upgrades for the new AW-500 include a new module (5416), Neobrite luminous hands, an expanded 24-hour stopwatch (1/100-second up to 59’59″99, 1-second after 1:00’00”), EL backlight (for the LCD display, with afterglow), and a battery life of 7 years (which ties the GA-900 for the longest battery life of a non-solar analog-digital G-Shock). Other features include shock resistance, 200-meter water resistance, dual time, alarm, 12/24-hour time mode, and full auto calendar. Unlike most G-Shock watches, the AW-500 does not have a countdown timer. The AW-500 measures 55.2 x 47.7 x 14.7 millimeters and weighs 58 grams. 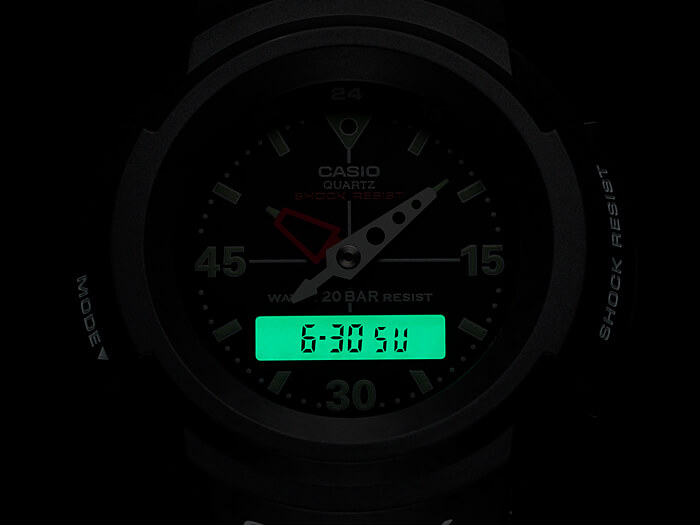 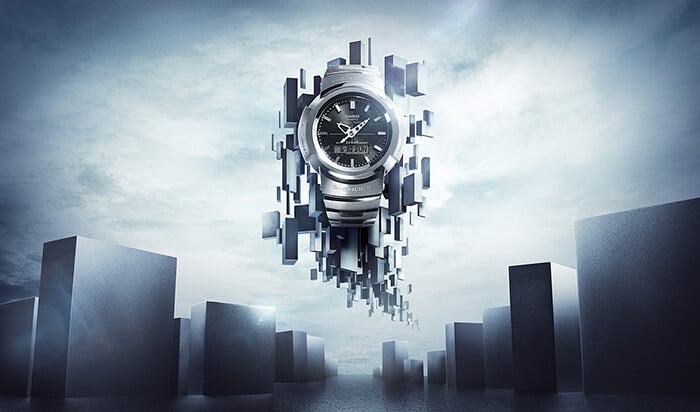 The AWM-500 is much more than just a metalized version of the new AW-500. In addition to a stainless steel case and band, it uses a different module (5640) with Tough Solar and Multi-Band 6 radio time-sync, and it has a DLC-coated screw-back case. The bezel features both hairline and mirror finishes. Like the GMW-B5000, the AWM-500 has the distinction of being made in Japan. Other features include shock resistance, 200-meter water resistance, Neobrite luminous hands, hand shift function, world time (48 cities, 31 time zones with DST setting, + UTC), 1/100-second stopwatch (60 minutes, with split), countdown timer (100 minutes, settable in 1-second units), 5 alarms, hourly time signal, battery level indicator, power saving function, full auto calendar, 12/24-hour time mode, button operation sound on/off, and full auto dual LED Super Illuminator lights (with 1.5/3-second afterglow). The AWM-500 measures 51.8 x 44.5 x 14.2 millimeters and weighs 175 grams. It is smaller than the new AW-500, in order to keep the extra weight to a reasonable amount. Unlike the AW-500, the AWM-500 has the hand shift feature, which will move the hands in a position away from the LCD display for an unobstructed view. 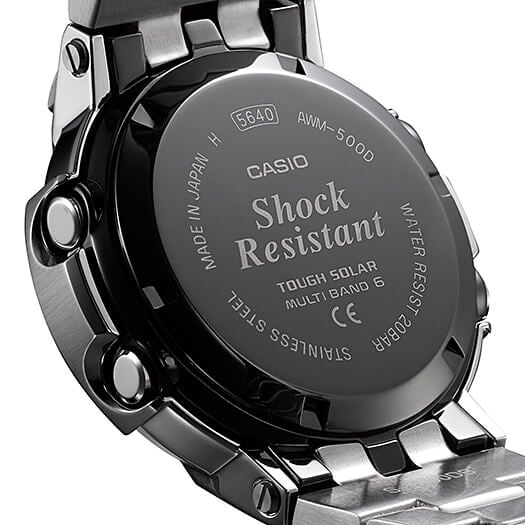 The AW-500 and AWM-500 series will also be released in other Asian countries in November 2020.

Casio released an online brochure for the new AW-500 and AWM-500 series at world.g-shock.com. 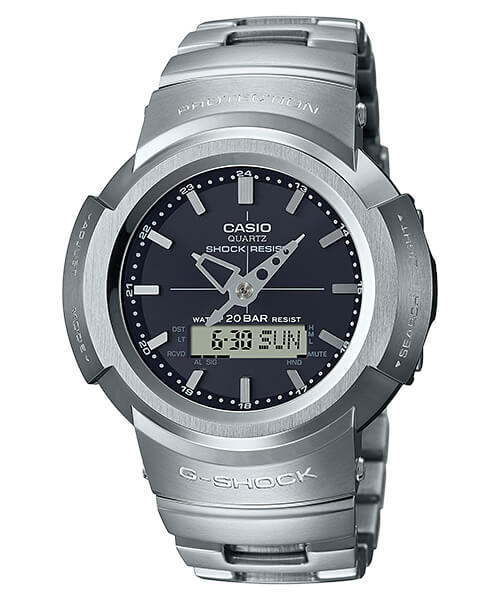 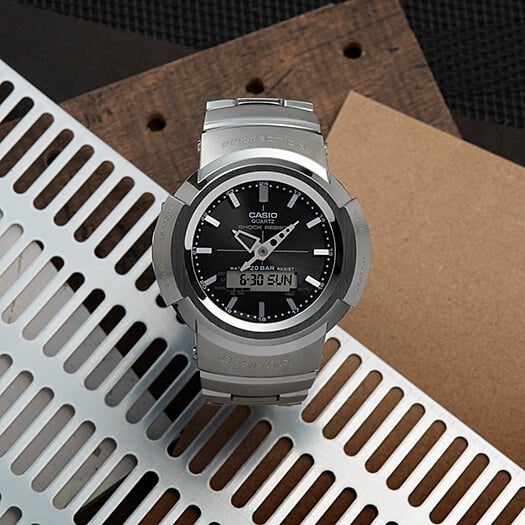 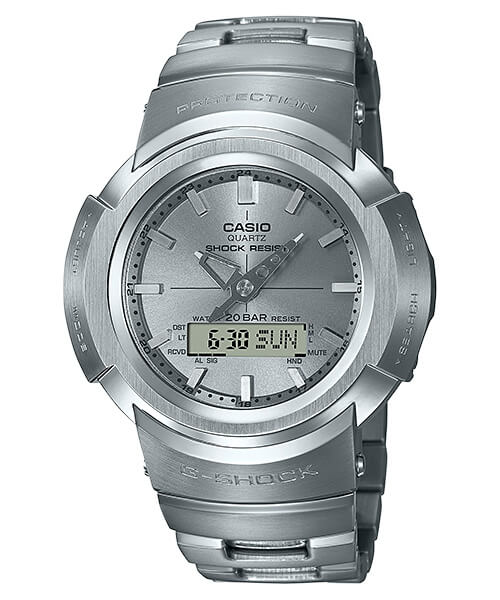 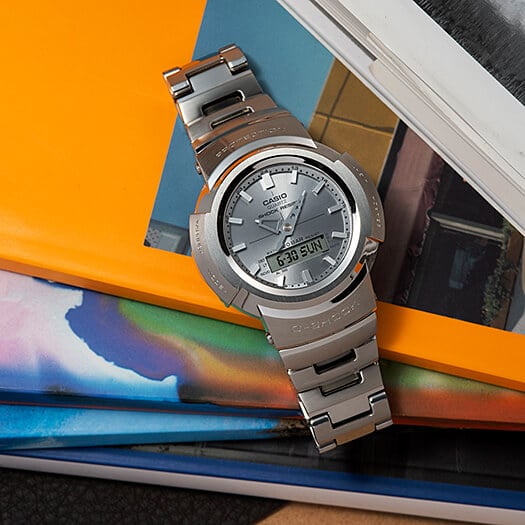 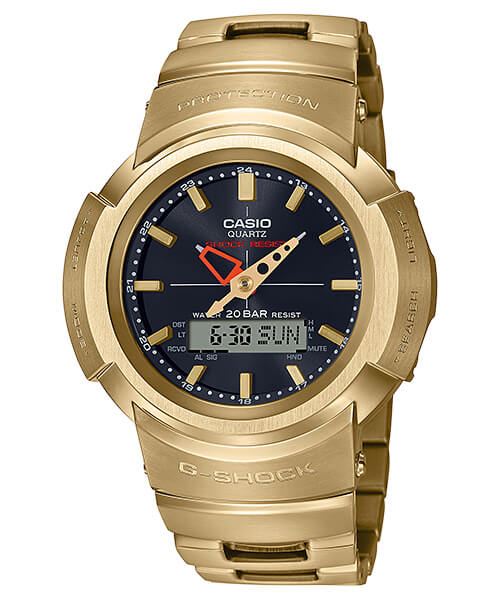 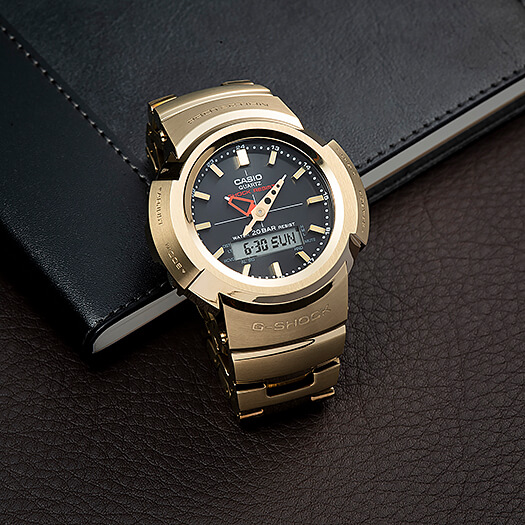 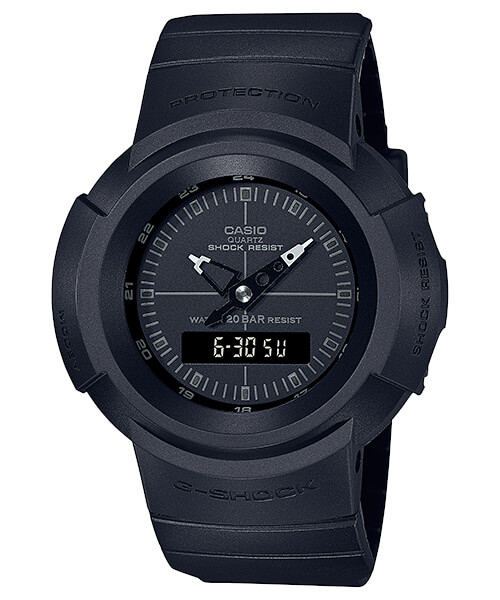 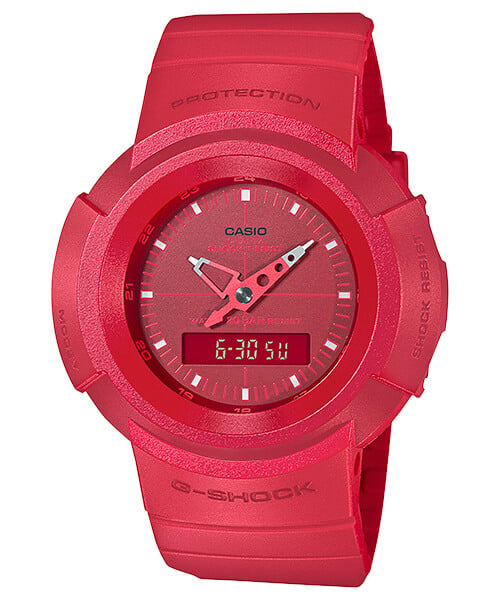 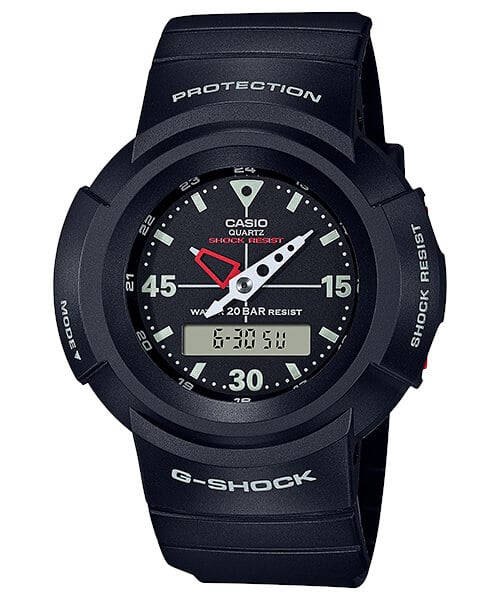 –
The steel ones look great.

I’m crazy for screwbacks, but that’s gonna be a no from me, dawg.

I’m not really into ani-digi G-Shocks, but I think I’m going to have to grab at least the black resin (of course) and one of the steels