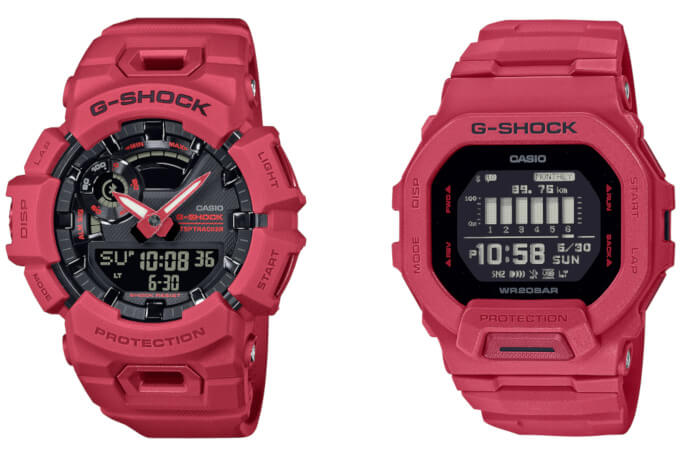 G-Shock is releasing a matte red colorway for the G-SQUAD GBA-900 and GBD-200 Bluetooth-connected fitness series. Featuring a self-calibrating step counter, these watches can calculate distance, pace, and calories burned, and also include automatic or manual lap measurement, activity history, and training management functions. The GBA-900RD-4A has an analog-digital display, and the GBD-200RD-4 has a high-contrast MIP LCD display. Both watches are shock-resistant and water-resistant to 200 meters with an approximate 2-year battery life. The GBD-200RD-4 has more advanced training features and vibration alerts. 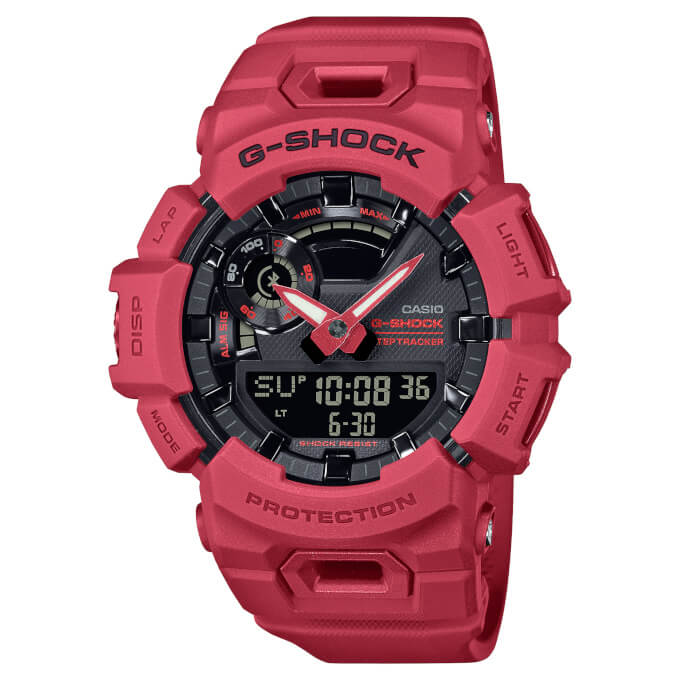 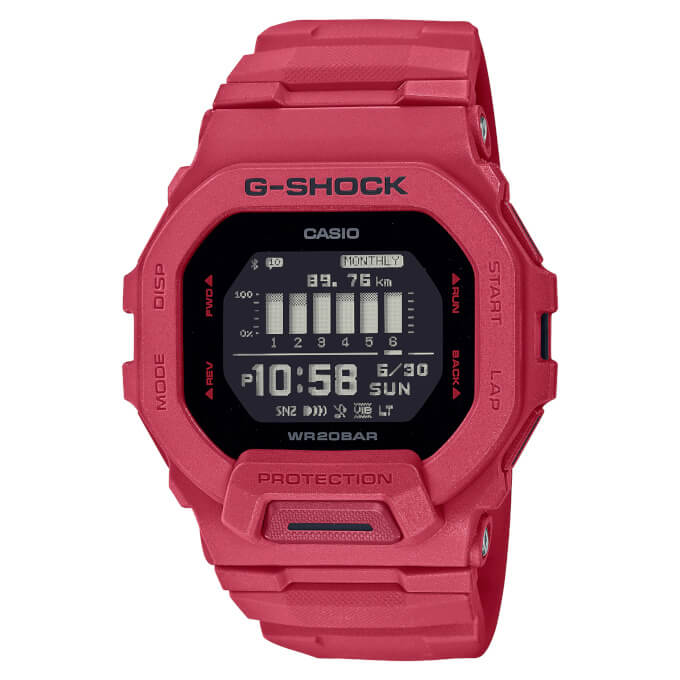