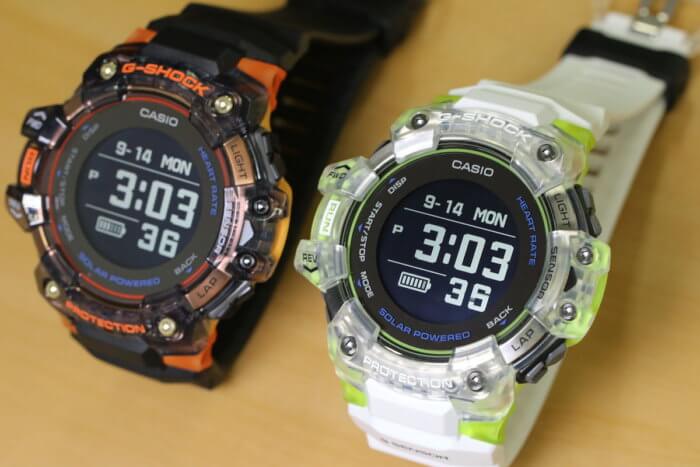 The black and orange GBD-H1000-1A4JR matches the colors (unofficially) of Japan’s most popular baseball team, the Yomiura Giants, and the bright GBD-H1000-7A9JR has a style that matches colorful athletic wear. 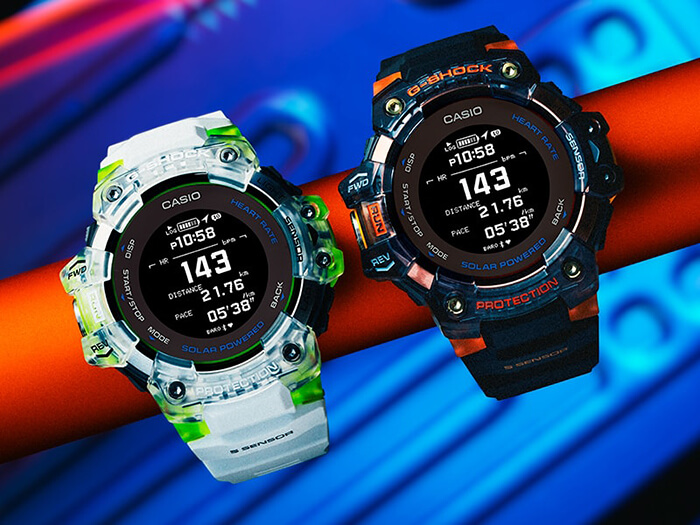 These are the first new models released since the debut of the GBD-H1000 series that included four colorways. The GBD-H1000 is currently G-Shock’s most advanced smartwatch, featuring a high-contrast MIP LCD display and fitness features for runners such as an optical heart rate monitor, step tracker, VO2 max measurement, and automatic training plan creation. It is also equipped with GPS and has outdoor features such as solar-assisted power, pressure sensor (altimeter and barometer), compass, and thermometer. The GBD-H1000 has GPS timekeeping, smartphone messaging alerts via Bluetooth, and a vibration alert function. 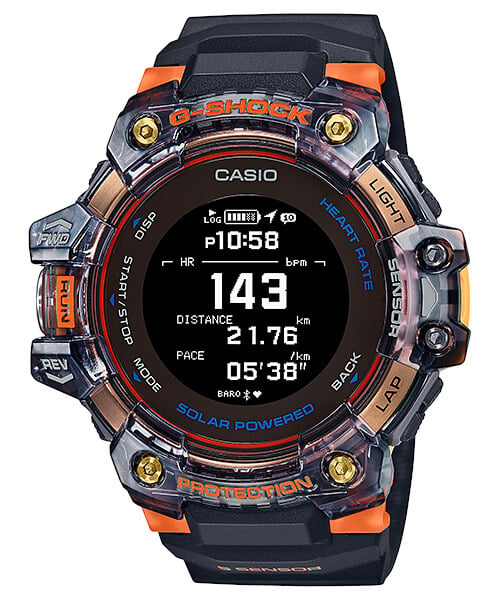 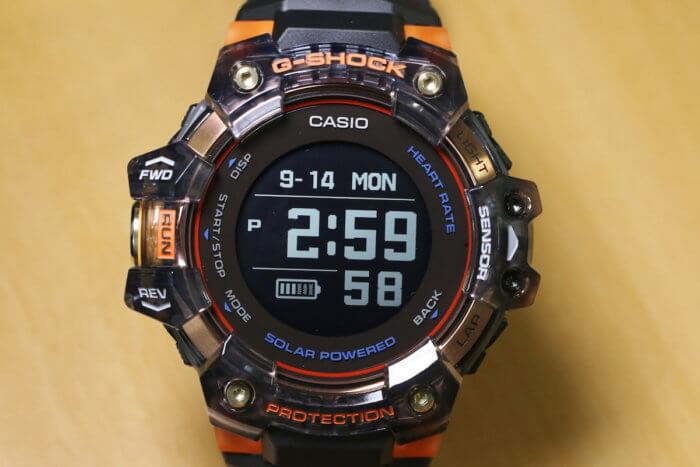 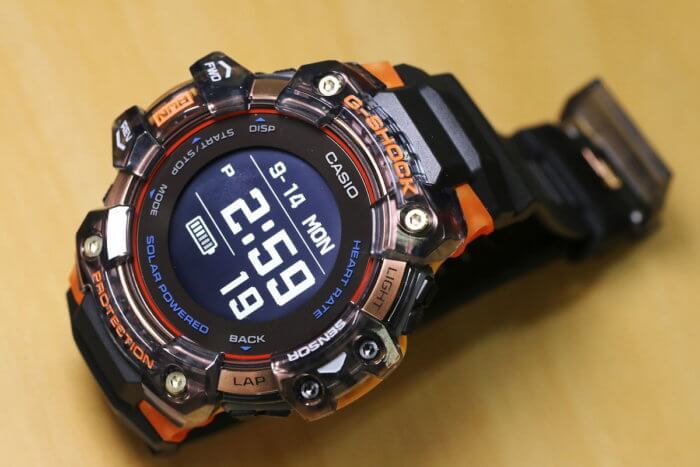 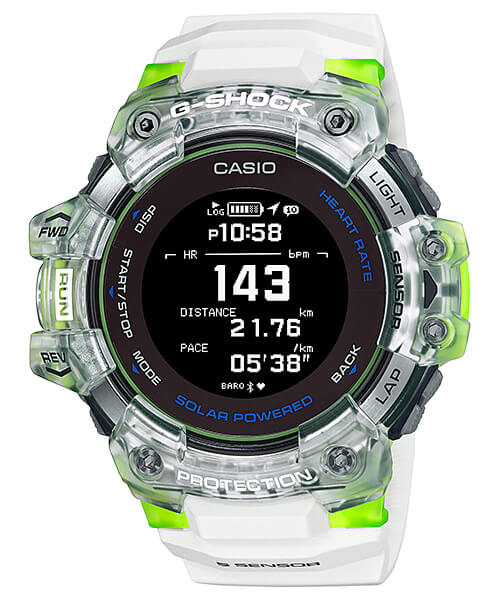 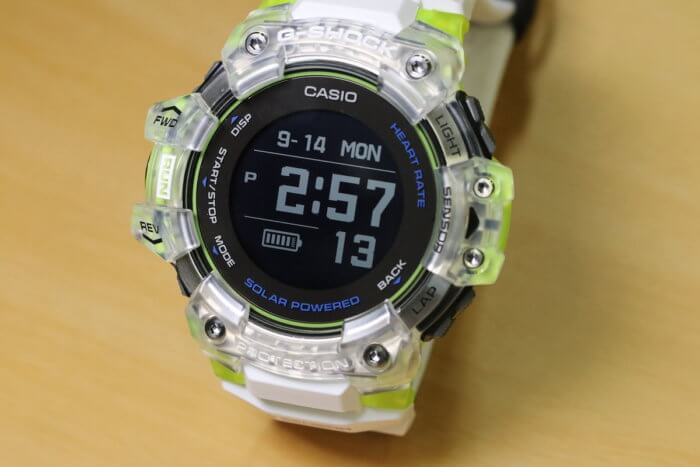 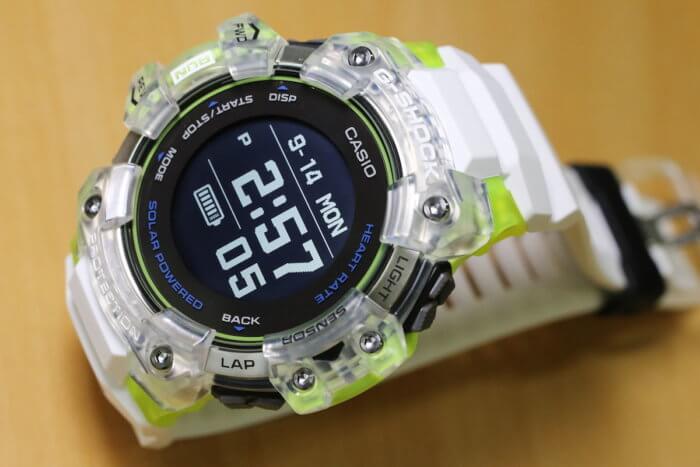 G-Shock GBD-100SM Skeleton Bezel Series
Disclosure: G-Central is managed by fans and supported by ads. We may earn a commission on purchases from our links to Amazon, eBay, and Reeds Jewelers. Please follow your country's official G-Shock site for additional release information.