It’s been a slow year for new G-Shock S Series releases but we are starting to see more new models with the holiday season approaching. Casio announced the G-Shock GMA-S110VC Vivid Color Series for a September 2016 release in Asia. This series consists of the GMA-S110VC-2A (bright blue), GMA-S110VC-3A (turquiose), and GMA-S110VC-4A (neon pink). There is also a yellow model in one of the promotional photos but a GMA-S110VC-8A is not listed. These bright, casual fashion designs have a single color scheme with matching tinted LCD displays. 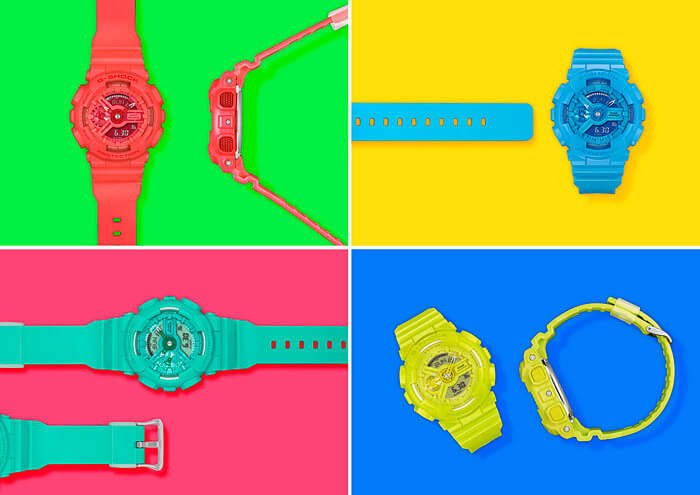