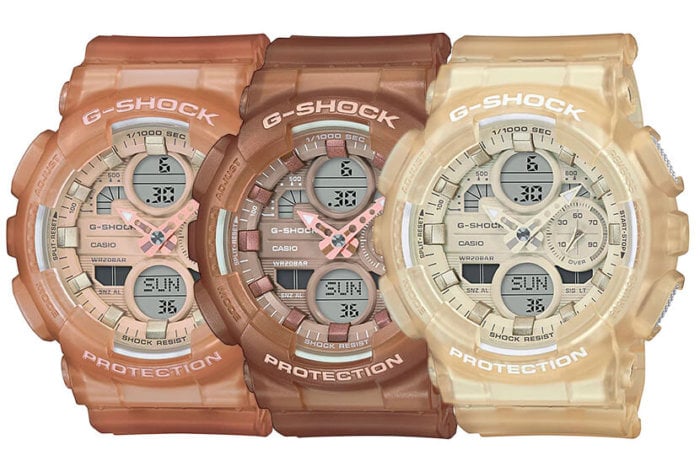 These models have the aged look of discolored translucent resin, which is a style also seen in this month’s MISCHIEF x G-Shock GMAS140MC-1A. Discoloration or “yellowing” from heavy UV exposure is said to be one of the flaws of translucent resin models, but that look is turned into a feature in this series. The appearance is also very similar to that of frosted colored “sea glass,” which has bean weathered by the ocean and sand.

The GMA-S140NC series will be released in March 2020 in Asia, excluding Japan. (Update: All three models are being released in Japan in May 2020.)