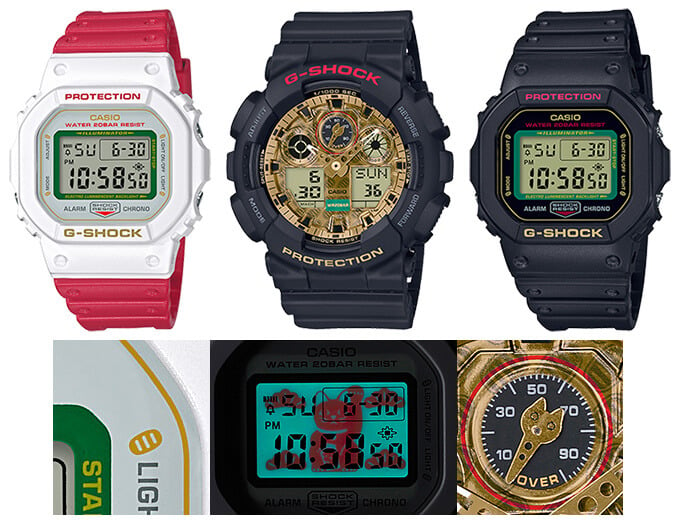 Culture-inspired colorways have been some of the most interesting and attractive releases lately, and January 2020 will see another one with the launch of the G-Shock Manekineko “Beckoning Cat” Series in Japan. This series includes the DW-5600TMN-1JR (right), DW-5600TMN-7JR (left), and GA-100TMN-1AJR (middle) with colors and design elements inspired by the maneki-neko.

Also known as the “lucky cat,” the maneki-neko is a popular Japanese figurine that is believed to bring good luck and fortune. The cat is traditionally white with a green apron and a raised arm representing a beckoning motion. There are also other colored versions such as black (to ward off evil) and gold (to bring wealth). They are often seen in shops and businesses in Japan and are also very popular in Chinese culture, as well as in Hawaii.

The DW-5600TMN-7JR has a black bezel and band with green, red, and gold accents. The DW-5600TMN-7JR has a white bezel and red band with green, red, and gold accents. These two digital models also have a special EL backlight with a graphic of the maneki-neko appearing when activated. The GA-100TMN-1AJR is an analog-digital model with a black bezel and band, a gold metallic-style face and hands, and red and green accents. There is also a cat head on the subdial’s needle. All three models have a small cut-out in the shape of a cat’s head on the band keeper, and each watch comes in exclusive packaging designed by BlackEyePatch. 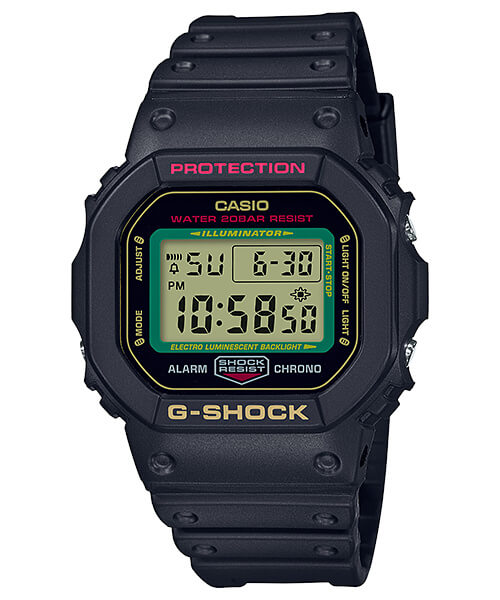 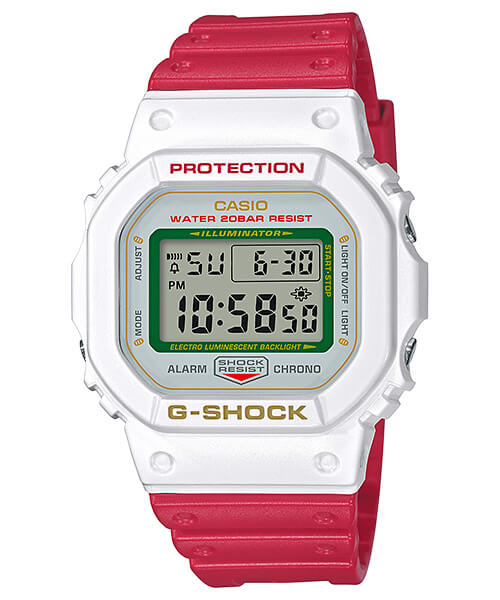 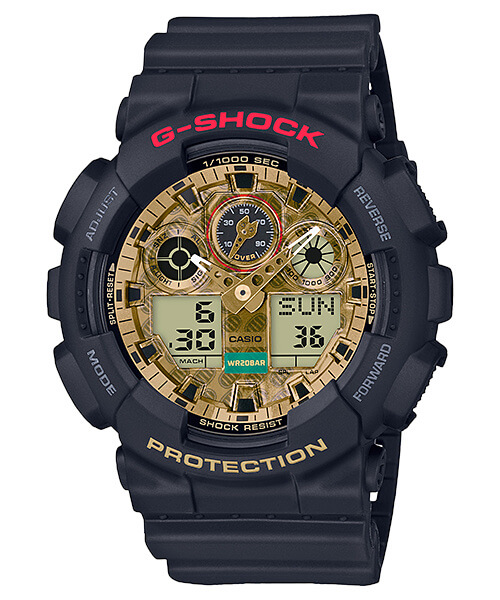 G-Shock Breezy Rasta Color Series DW-5600CM & GA-400CM
Disclosure: G-Central is managed by fans and supported by ads. We may earn a commission on purchases from our links to Amazon, eBay, and Reeds Jewelers.