The King craze continues as Casio Singapore teases an upcoming limited edition G-Shock GX-56BB watch. The G-Shock x The Majulah is a blacked out extra-large Tough Solar model with custom designed bands featuring the five stars of the Singapore flag and a red and white icon of the Merlion, a lion-fish creature which is the national personification of Singapore. The name of the watch is a reference to the national anthem “Majulah Singapura” (Onward Singapore), and the release of this watch will likely coincide with Singapore’s National Day on August 9. Follow gshock_sg on Instagram for the latest updates.

Update: The G-Shock x The Majulah watch was available at all G-Factory stores in Singapore on July 30 for $229 SGD but quickly sold out. Also, the photo depicting the watch shows the GX-56B-1 from 2011 and not the stealth GX-56BB-1 which the release is based on. 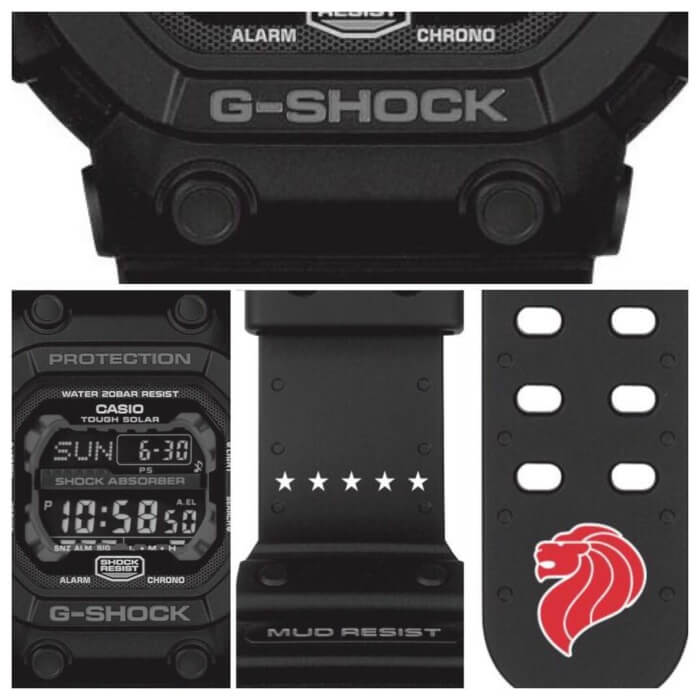 For a closer look, watch this video from G-Shock collector TheDoktor210884: