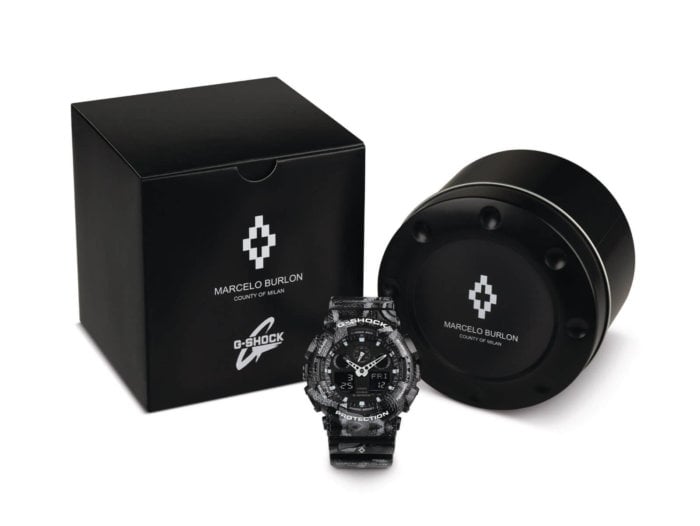 Casio G-Shock and fashion designer Marcelo Burlon County of Milan have teamed up for a second time to release the limited edition GA100MRB-1A. The 51.2mm-wide analog-digital collaboration watch features a monochromatic coral snake pattern inspired by Burlon’s hometown of Patagonia and pays tribute to ouroboros, the ancient symbol of infinity. The watch also features the Marcelo Burlon County of Milan logo on the lower band and metal band keeper, and includes a co-branded tin and box. The GA100MRB-1A will be released in May with a retail price of $200 at gshock.com, the G-Shock Soho Store, and other select retailers. It will also be released internationally as the GA-100MRB-1A. 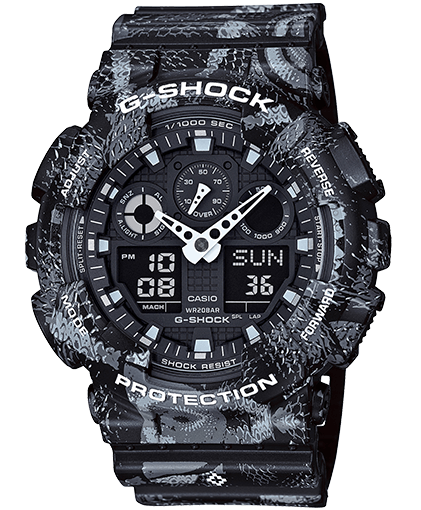 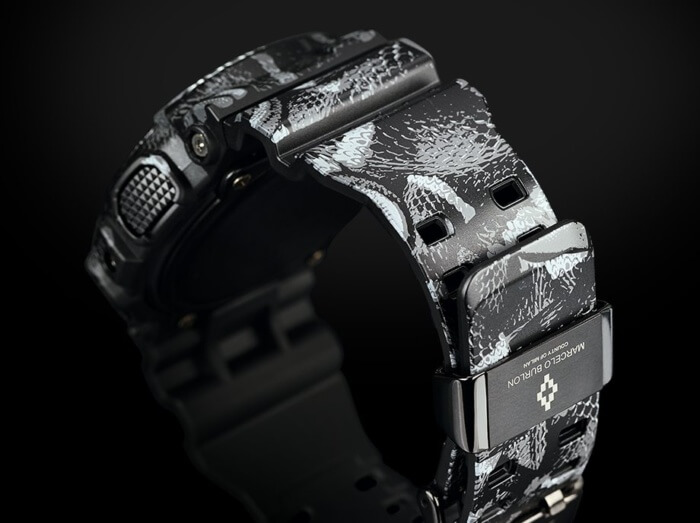