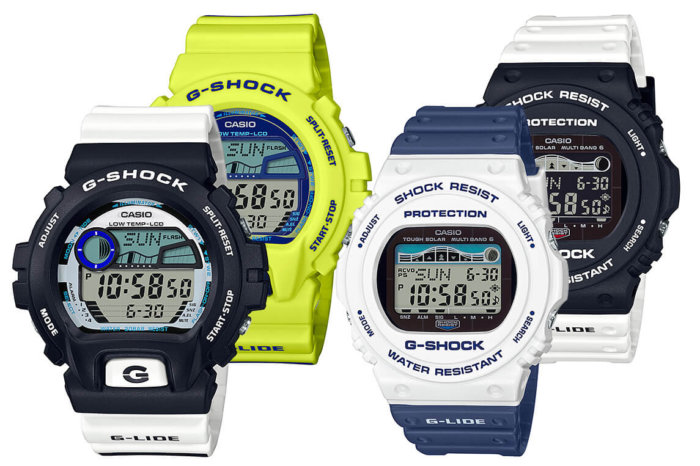 The new G-Shock G-LIDE Sea Snake Series consists of two GLX-6900 and two GWX-5700 surfing watches with tide and moon graphs. The GLX-6900 is notable for having the low temperature (-20 ° C) specification and the relatively slim GWX-5700 is equipped with Tough Solar power and Multi-Band 6 radio time-sync. 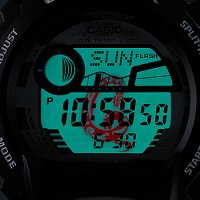 The black-white GLX-6900SS-1 and yellow-purple GLX-6900SS-9 feature unique stripes on the bands and outer displays that are based on sea snakes. The stripes are thought to act as a deterrent to sharks and this type of design has also been seen in wetsuits. While there may be some scientific evidence that such designs do deter sharks, it is also known that tiger sharks eat sea snakes, so don’t go betting your life on it. These GLX-6900SS models also have a unique EL backlight graphic of a red snake in a “G” position.

The white-blue GWX-5700SS-7 and black-white GWX-5700SSN-1 also have a contrasting two-tone color scheme, but these models appear to have solid color bands without the stripes. 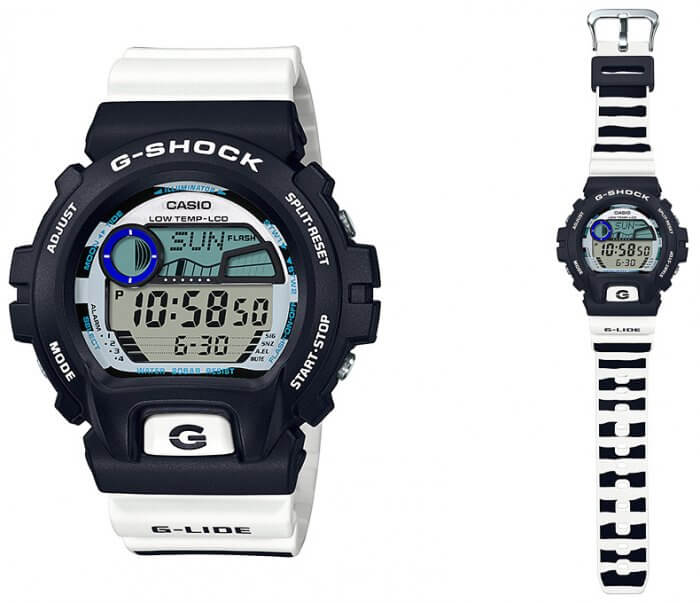 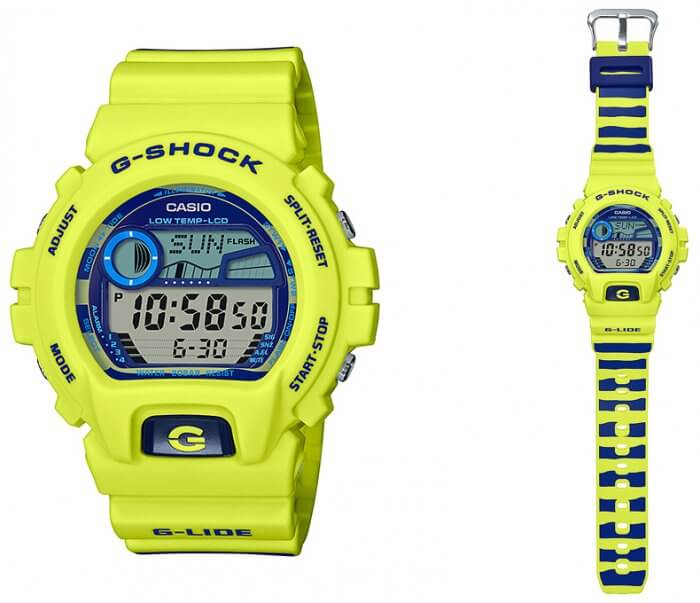 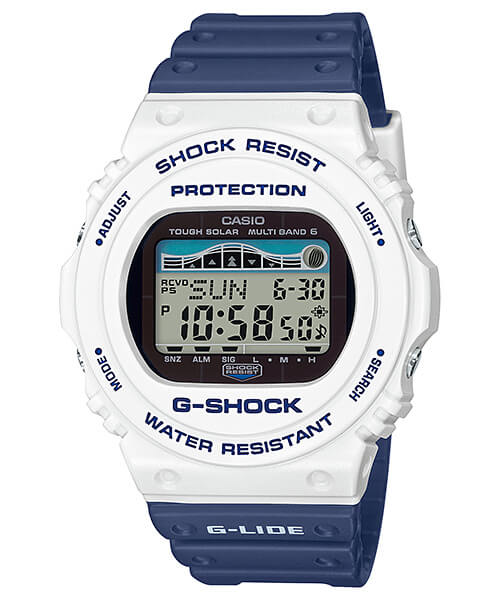 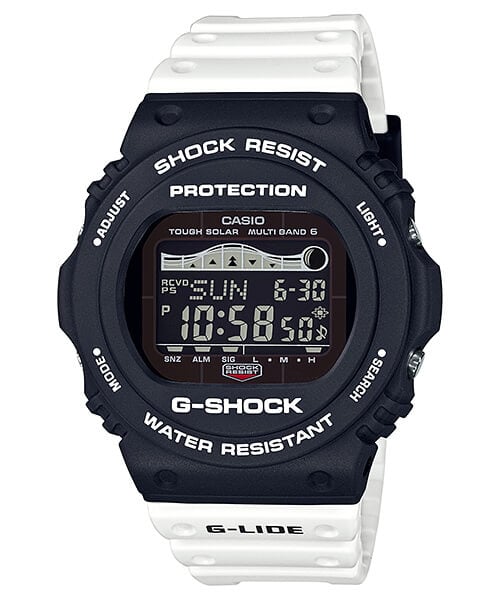 Illest Brand x G-Shock ‘Illest Casio’ GLX-5600 2016 Pre-Sale
Disclosure: G-Central is managed by fans and supported by ads. We may earn a commission on purchases from our links to Amazon, eBay, and Reeds Jewelers. Please follow your country's official G-Shock site for additional release information.