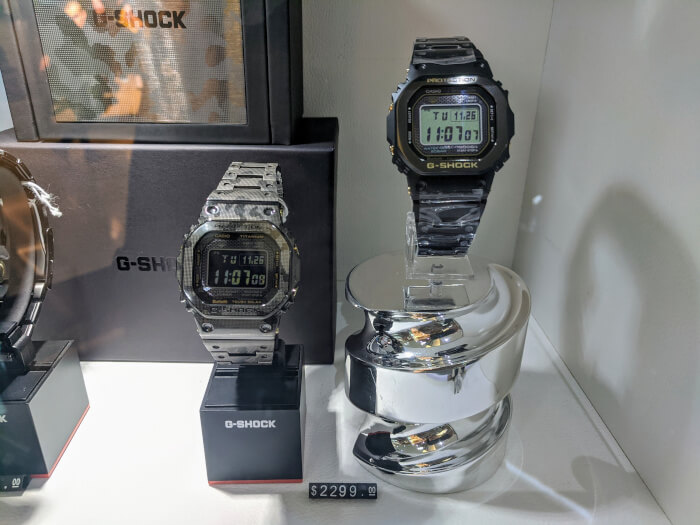 Two of the most anticipated G-Shock releases of 2019, the full-metal titanium GMW-B5000TB-1 and GMW-B5000TCM-1, are now officially discontinued and are no longer in production, according to g-shock.jp. This is not a surprise, as both models were known to be limited editions.

The GMW-B5000TB-1 and GMW-B5000TCM-1 were praised for their lightweight titanium build, DLC coating, sapphire crystal, and unique origin and laser-camo colorways. They were also scorned by some for their high prices compared to other full-metal, Bluetooth-connected GMW-B5000 watches. While both models ended up being easy to acquire and are still readily available from various retailers, their limited and discontinued status ensures this won’t always be the case.