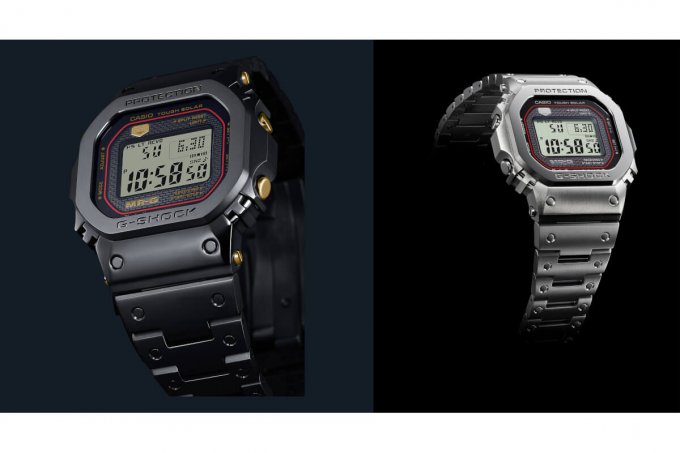 Update: G-Shock U.S. now has a dedicated page for the MRGB5000 series at gshock.com, where the series is titled “MR-G Kiwami MRGB5000.” 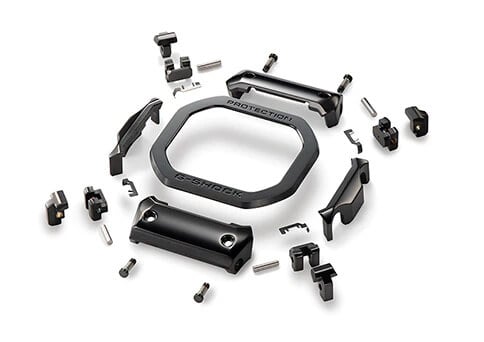 The bezel assembly is a newly developed Multi-guard Structure made of 25 parts, which is a first for a 5000-series model and unique for G-Shock watches in general. These include suspension parts at the four corners that combine a T-shaped bar, leaf springs, and silicone cushioning to absorb shock. The dimple-like areas of the band are also made with separate parts with link pins embedded in the round holes. The use of multiple parts allows for the application of sophisticated polished finishes to all areas of the watch, including the hard-to-access recessed parts. Advanced Sallaz polishing is applied to each part prior to assembly, resulting in a distortion-free finish. 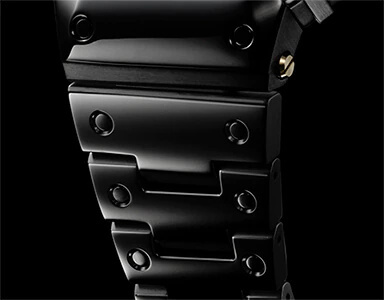 The glass is sapphire with an anti-reflective coating, and the watch is fully shock-resistant and water-resistant to 200 meters (20 bar). It measures 49.4 x 43.2 x 12.9 millimeters and weighs approximately 114 grams.

The case, case back cover, and buttons of the MRG-B5000 are made of the lightweight and strong Ti64 titanium alloy. The band is made of DAT55G titanium, which is about three times harder than pure titanium. The bezel top is made of Cobarion, a cobalt-chromium alloy with a hardness about four times that of pure titanium and a shine that is comparable to platinum. The Cobarion and DAT55G materials are made in Japan. (“Cobarion” is exclusively manufactured by Eiwa Co., Ltd. and is a registered trademark of the Iwate Industrial Promotion Center. “DAT” is a registered trademark of Daido Steel Co., Ltd.) Like other MR-G models, the MRG-B5000 is made exclusively at the Premium Production Line at the Yamagata Casio factory in Japan.

The MR-G series is regarded as G-Shock’s most prestigious luxury line and began in 1996 as a titanium and resin hybrid with a digital display. Subsequent models adopted full metal structures, and recent models are known for their premium titanium builds and analog displays. (The MRG-B5000 is the first full digital-display MR-G model since the MRG-1100-2 Frogman in 1999.) The MRG-B5000 is the first-ever MR-G watch based on the G-Shock DW-5000C origin model from 1983, whose design is often referred to as the classic “square” case. Along with the shape, other origin characteristics include the layout of the face, which includes the brick background pattern and the red line border. G-Shock launched the popular full-metal GMW-B5000 series during the 35th Anniversary in 2018, which includes stainless steel and titanium models with single-piece bezels. The MRG-B5000 takes the full-metal square concept to the next level with its complex structure, premium materials, and expert craftsmanship. 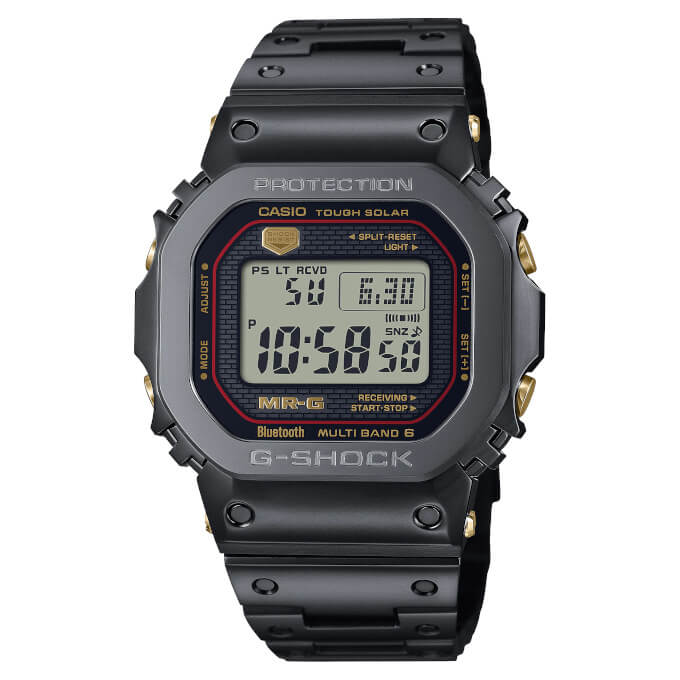 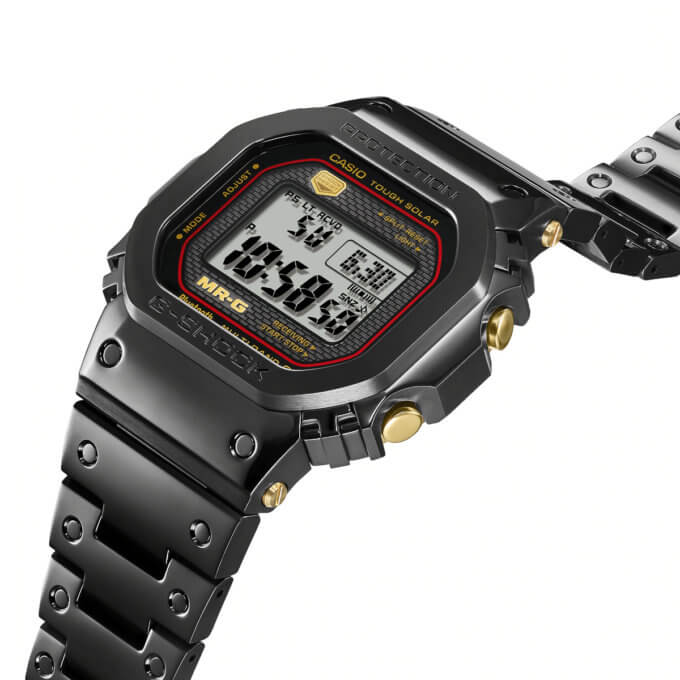 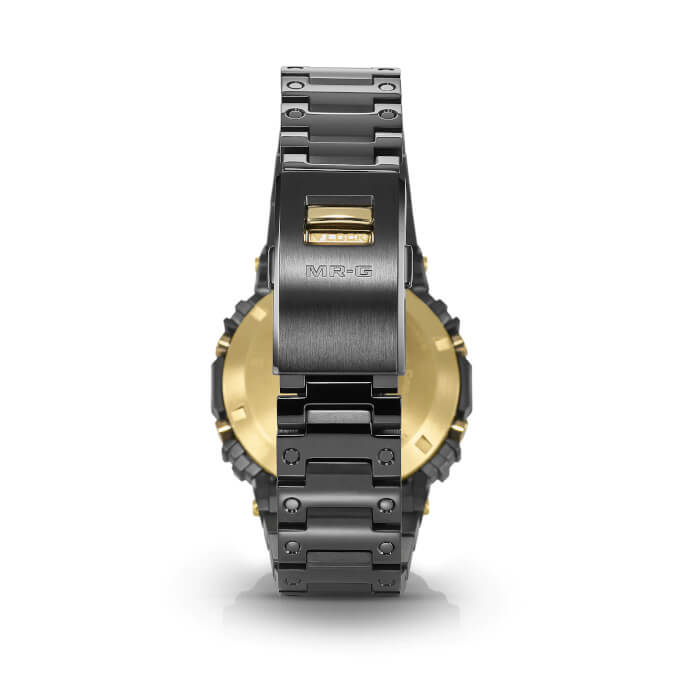 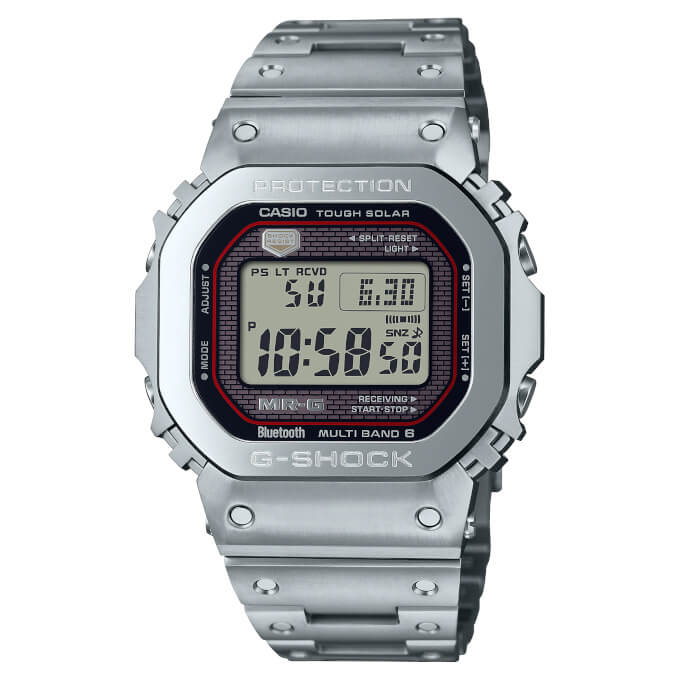 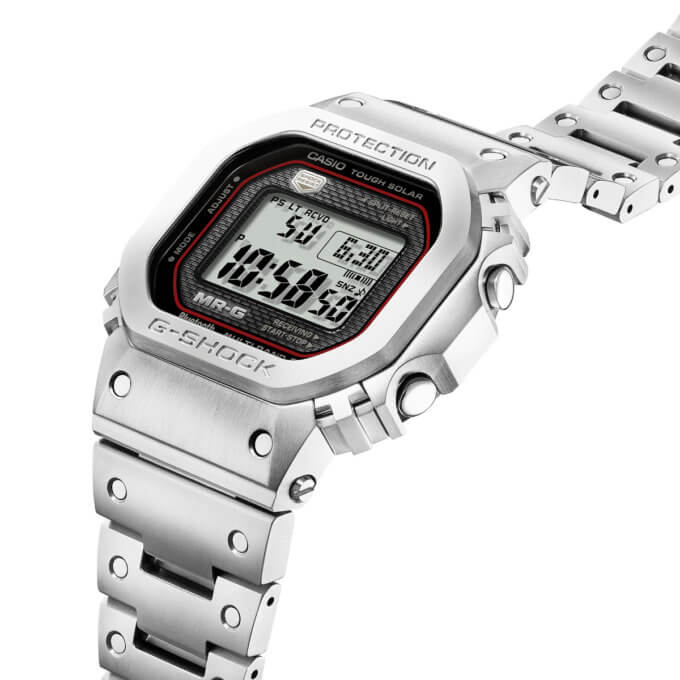 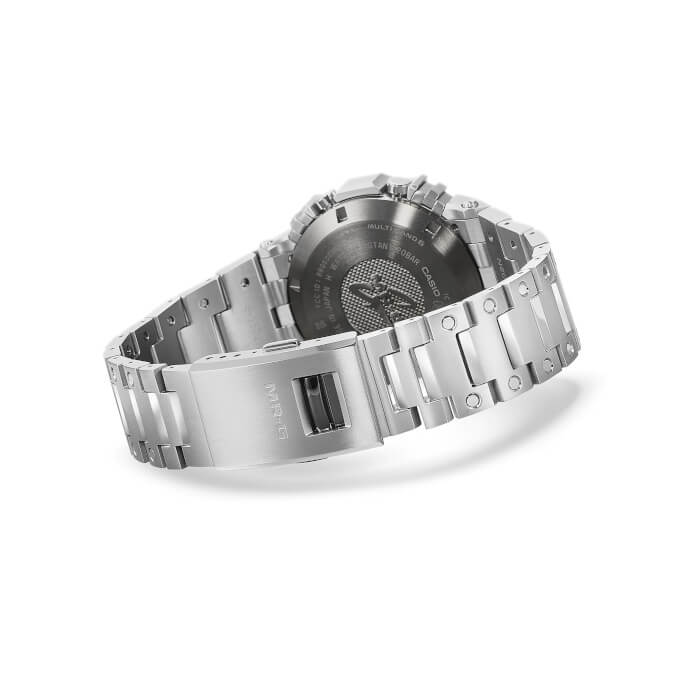 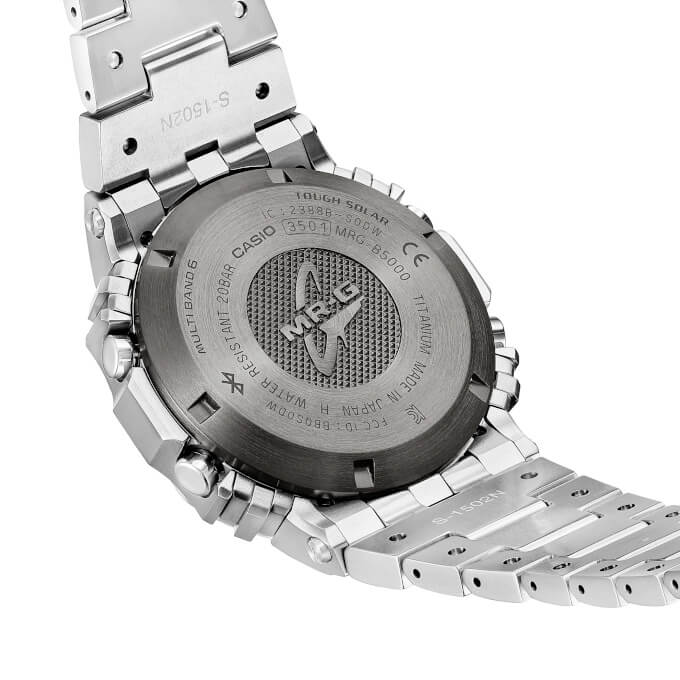 MRG-B5000B-1DR coming soon to G-Shock U.K., pre-orders for both MRG-B5000 models in Australia and New Zealand

Great model option but the price is a bit much!!! It doesn’t cost that much to manufacture a Titanium bracelet and case (nor indeed a steel one).

The watch is awesome,i have the titanium gwm b5000tb which is great in my opinion and worth the money for what it is. Great ideea that they come up with an even nicer model,you have to pay for what you get but inside is a 50$ movement at best. Great model, you will not see it on anybody rest assured, it’s for the die hards. Very well done Mr Kikuo Ibe!
Really stealth luxury timepiece, my gwm b5000tb is not noticed by anybody, only i know what i’m wearing, people can’t see the difference between the tb and a dw 5600e,nobody asked me about it or make any compliment, i don’t need it anyway and i love it for it’s stealth looking and for it’s no attention grabber