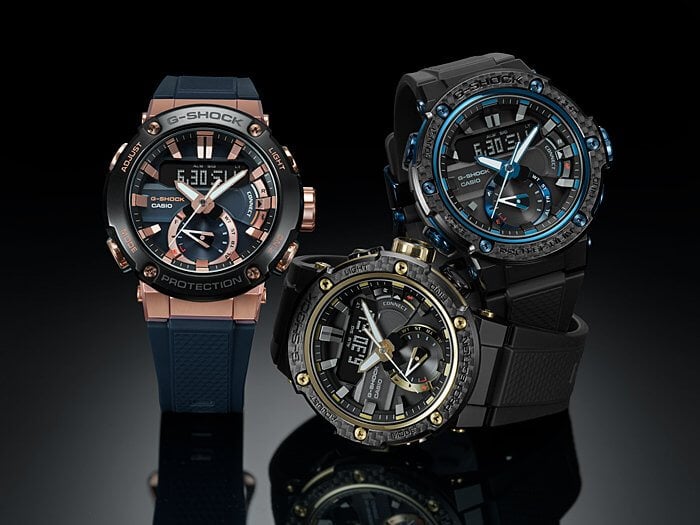 G-Shock’s second round of G-STEEL GST-B200 models puts the focus on fashion, with two watches featuring carbon fiber bezels (GST-B200X-1A2 and GST-B200X-1A9) and one with a rose gold IP treatment (GST-B200G-2A). All three models have resin bands and reverse STN LCD displays.

As a Carbon Core Guard model, the GST-B200 has a carbon fiber reinforced case and offers a smaller size and lighter weight than the previous GST-B100. It is powered by Tough Solar and has Bluetooth smartphone connectivity for functions like alarm setting, automatic time adjustment, world time for over 300 cities, and a phone finder feature. Other features include a 1/1000-second stopwatch, 24-hour countdown timer, and full auto double LED Super Illuminator lights. The two GST-B200X models also have a sapphire crystal.

Rose gold IP on the body, buttons, and screws and rose gold accents on the dial. 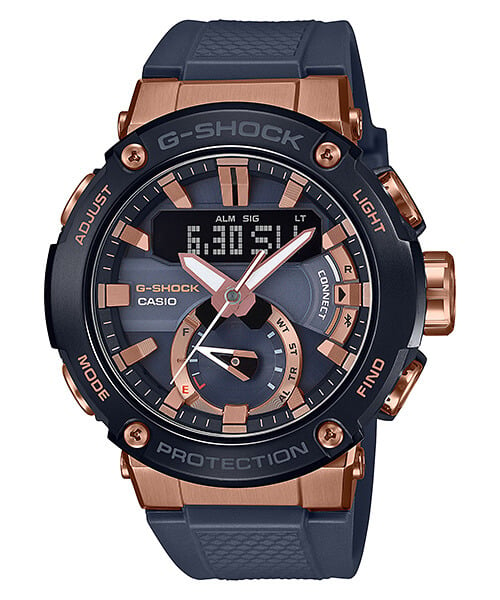 With blue accents including a blue IP on the inner bezel, carbon fiber bezel, and sapphire crystal. 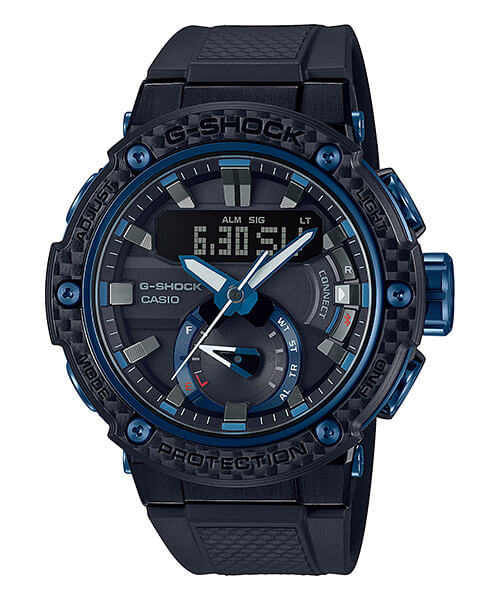 With gold accents including a gold IP on the inner bezel, carbon fiber bezel, and sapphire crystal. 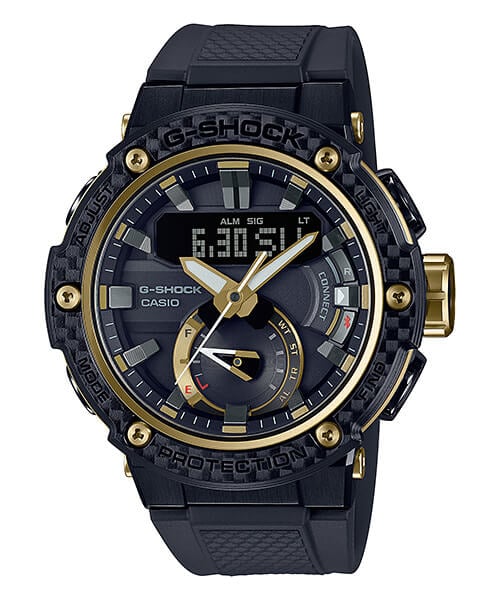 USA gets first G-Shock GST-B500 model with GSTB500BD1A9
Disclosure: G-Central is managed by fans and supported by ads. We may earn a commission on purchases from our links to Amazon, eBay, and Reeds Jewelers. Please follow your country's official G-Shock site for additional release information.

I own the GST-B200-1A. These are fantastic looking editions to the new Carbon Core G Steel series, hope to see one with red accents too!