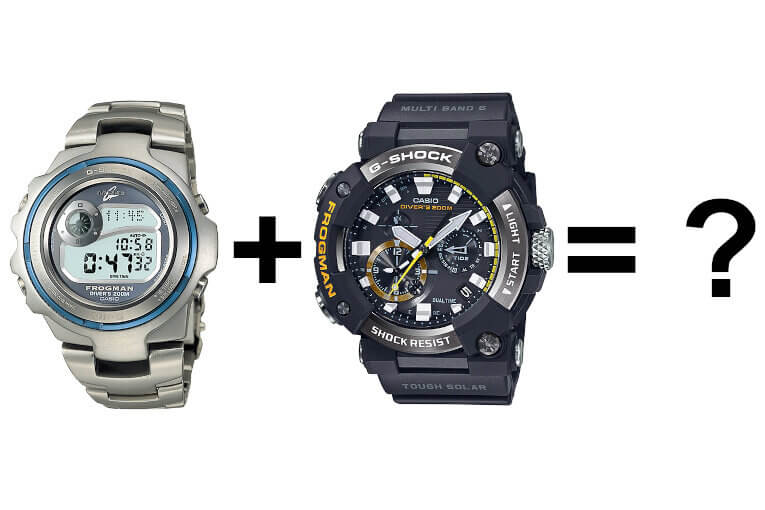 A very small low-res image was also leaked on the Watchuseek G-Shock forum, which shows a similar design as the GWF-A1000, but with the left side buttons appearing to be more pronounced than the GWF-A1000 (and more like the shape of digital Frogman buttons). The dial appears to be similar to the GWF-A1000, with what appears to be the dual time dial on the lower left and the tide graph/day of week/function indicator on the right side. The watch likely has the same functions as the GWF-A1000, such as Tough Solar, Multi-Band 6, Bluetooth, and the unique way of measuring dive and interval times using the three analog hands. The leaked watch image appears to have a black or dark color which is probably a diamond-like carbon (DLC) coating. It’s not known how many variations will be available at launch.

The MR-G line is the pinnacle of G-Shock. MR-G watches use advanced materials and finishing techniques and are made in Japan at the Premium Production Line at the Yamagata Casio mother factory. The MR-G line is usually known for its analog models, but the recent MRG-B5000 gave the original G-Shock DW-5000 the luxury treatment. The Frogman is G-Shock’s line of professional diving watches featuring ISO Diver’s 200M water resistance and dive time and interval time measurement. The Frogman line celebrates its 30th Anniversary in 2023.