Casio is introducing the all-new Pro Trek PRW-50 series in June 2019. The PRW-50 is very much like the PRW-60 that was released in select countries, offering the same functions (Tough Solar, Multi-Band 6, Triple Sensor) as the extra-large PRW-6100 in a smaller case designed for climbers.

Differences from the PRW-60 are cosmetic and include numbered markers, slimmer hands, and a prominently textured bezel edge. The overall design appears to be a more conventional style. Like the PRW-60, the bands are easily removable using the quick-release slide levers.

Update: The PRW-50Y-1A and PRW-50Y-1B are also being released throughout Asia. 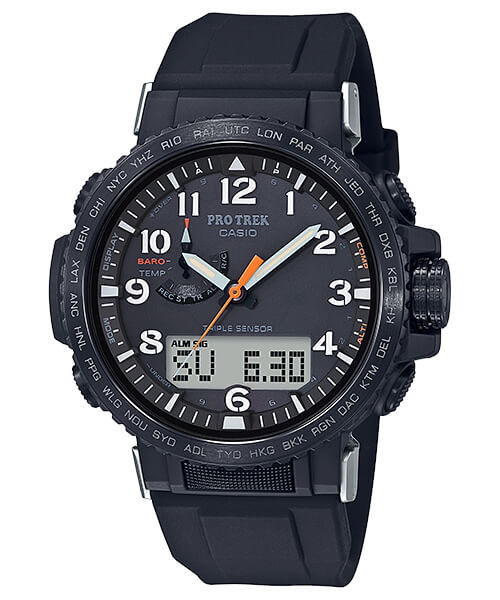 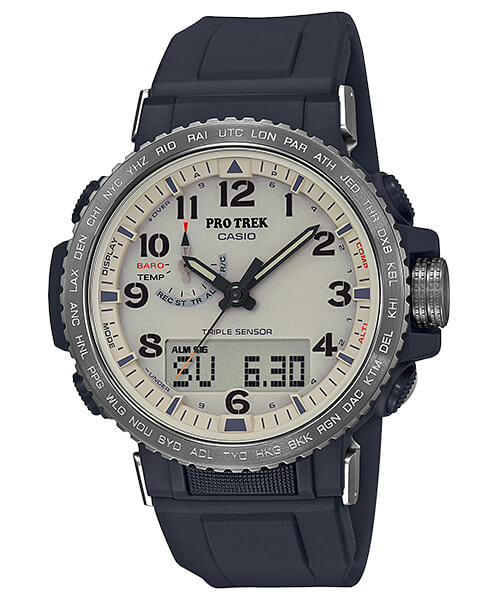 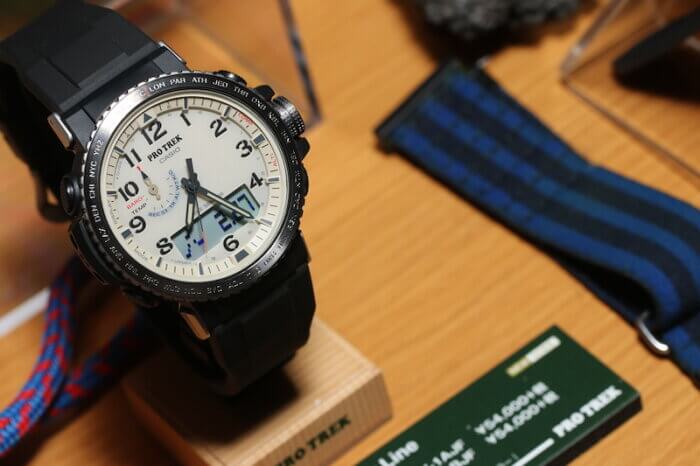 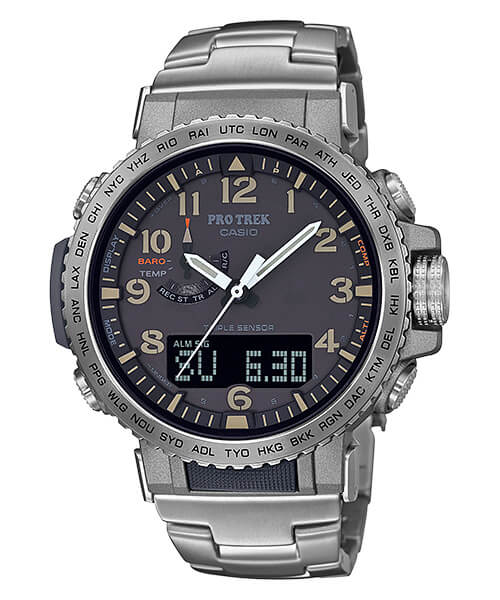 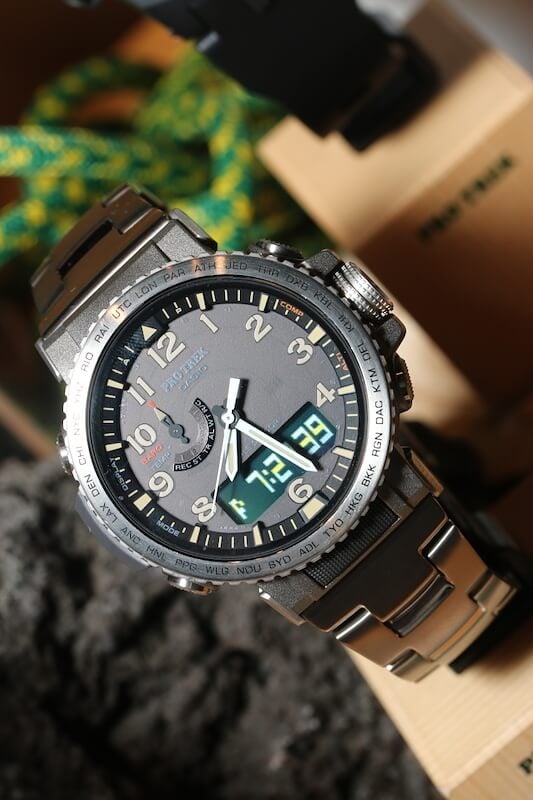 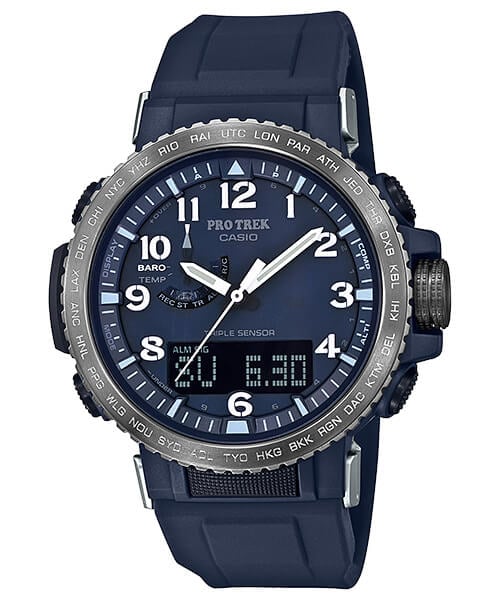 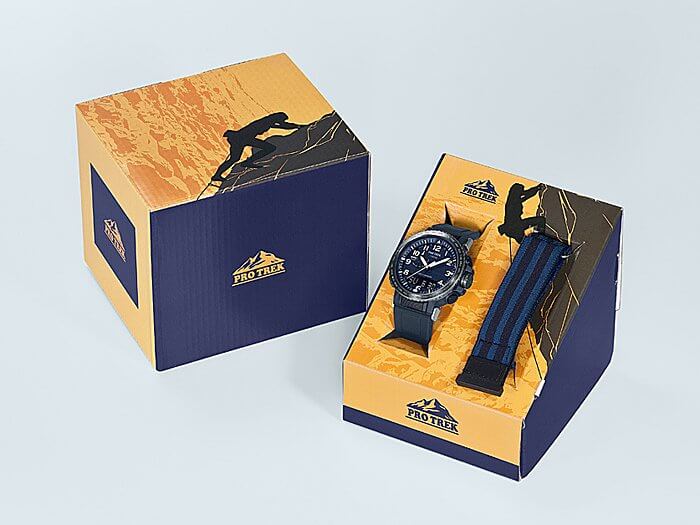 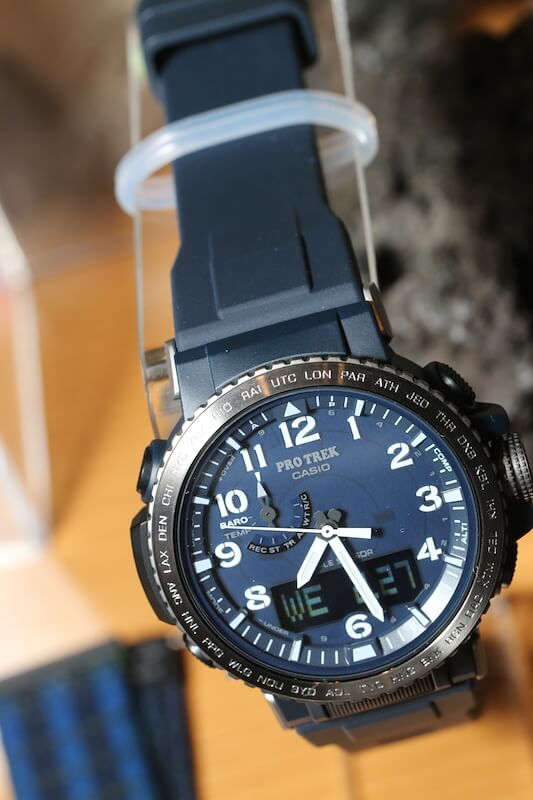 Pro Trek PRW-60FC-1AJF with Composite Band & PRW-60YGE-1AJR with Elastic & Silicone Band
Disclosure: G-Central is managed by fans and supported by ads. We may earn a commission on purchases from our links to Amazon, eBay, and Reeds Jewelers. Please follow your country's official G-Shock site for additional release information.

Casio always frustrates me with the numbered indexes on their Pro Trek line. There are always some numbers getting cut due to the LCD or sensor/mode dial placement. The only model with numbered indexes that, to my eyes, does it right as a “field watch” is the PRW-6600 (I really like the variant with the orange accents and green nylon strap), but even that has the 10 blocked out.

i totally agree with you

It’s hard to say. Pro Trek releases in the U.S. are rather unpredictable. I think it is more likely that the U.S. would get a newer model than an older one.

Is there a way to get a stainless/titanium wristband for a PRW60? I got an aftermarket in black but would be nice to have the actual casio.

Casio USA just listed two variations of the watch on their site. The PRW50T-7A and the PRW50Y-1A. It’s not on the micro site yet and no real information under the description, but do you think this means it’s coming to the US? I have had my eye on the black 1A for quite some time!

Not sure which site you are referring to, but yes, that probably means they are coming to the U.S.

I found this model today while walking about and the most significant aspects of this watch are
1. Lightness
It is really very light indeed. So light that it demands a re-adjustment from “Standard G-shock Protocol.” My initial reaction was disappointment, followed by a concern about durability. After some thought, I realised that lightness is the point.
2. Smallness
As a Casio fan, I have owned…well far more watches from this company than I care to admit. This is, for Casio, a small, discrete, thin, conventional watch which does not look like a Casio; Pro-Trek, G-Shock or otherwise. This is a good thing.
3. Unique construction.
This is unlike any Casio (or watch) I have ever seen. It is really clever.
I suggest that any Casio fan approaches this watch with an open mind and remembers why it has been built. It is a tool. It doesn’t feel like “a quality watch.” It is light, small, discrete and unassuming. And that is the point.

Does the pre 50 also have tough movement

I have been looking for this info for a long time. I even tried to get it from Casio helpdesk…no luck.
Thank you very much for this.