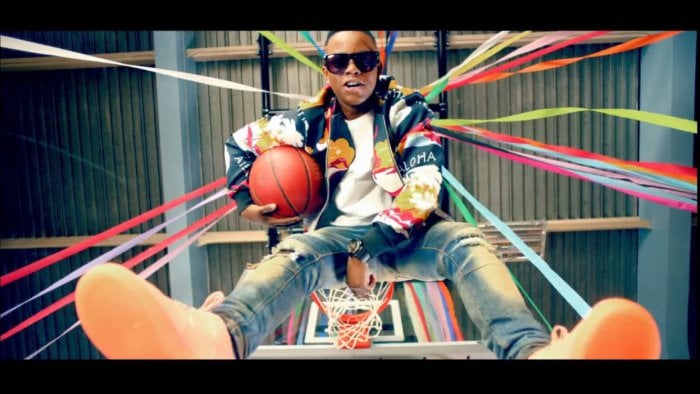 Family-friendly American rapper Silento (officially Silentó) released his “Watch Me (Whip/Nae Nae)” song on YouTube in January 2015. The song quickly went viral, leading to a deal with Capitol Records and the song peaking at #3 on the Billboard Hot 100. Silento, a 17-year-old Georgia high school student, wears a Casio G-Shock watch in the updated music video released in June. The watch is the black and gold analog-digital GA-110GB-1A [amazon, ebay]. This appears to be Silento’s own personal watch and not a paid product placement like the recent Britney Spears video appeared to be, as there is no clear close-up of the watch. Silento has also been spotted wearing the same watch at events. The video created a dance craze and became the fastest Vevo debut video to reach 100 million views. It currently has over 250 million views. Watch it here.